Youth Is Wasted on the Dumb 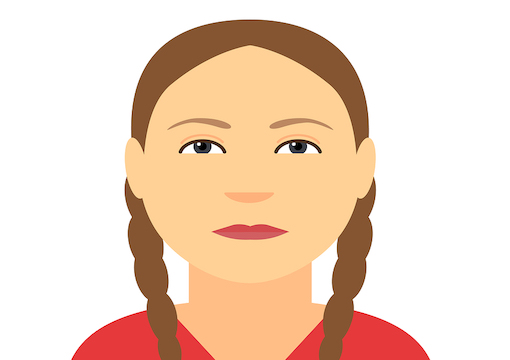 I write this from the once-upon-a-time small alpine village of Gstaad, Switzerland, now a mecca of the nouveaux riches and vulgar, snow and manners having gone with the wind. Global warming is still a maybe, as far as I’m concerned, but the visual evidence right here in the Alps is undeniable. The glacier I used to ski on almost year-round has disappeared, and man-made snow is pumped out daily in its place. The reason I’m reluctant to believe the climate Cassandras is because their prophetic gifts have been very wrong in the past—Prince Charles predicted the end of the world some time ago, but he’s still flying private around the globe twenty years on—and that Swedish teenager who accuses us of killing her future is a publicity freak of Meghan Markle proportions.

In my own little way I do what I can against global warming: I drive a tiny mini, use a sailboat rather than those polluting stinkers favored by Arabs, and occasionally charter only propeller planes when flying around Europe. Never mind. More depressing than the disappearing white stuff are the manners of the people who warn us nonstop about global warming. Never have I met a ruder kind: young, usually bearded where both sexes are concerned, and, like all annoying types, holier-than-thou.

Mind you, some of us oldies think that the hot air emanating from the climate warriors, the LGBTQ crowd, and their allies who encourage them to protest at the drop of a hat is the real cause of the snow’s disappearance. My son, who as a teenager used to lean left, has finally seen the light and annoys the ritzy-glitzy youngsters he runs into these days by asking them what pronoun they go under. What’s undeniable is that we have produced a generation of young people who pride themselves on being eternal pessimists. Life will deliver less, is their message. A wry smile is my reaction when I hear this stuff. I grew up during the last world war—something these darlings see on TV and in the movies, and it traumatizes them at times.

“Had I lived my life in the grip of social media, I’d probably be an inmate in an insane asylum by now.”

Like many others of my age group, memory serves where the almost daily bombing during the war is concerned. My family’s house north of Athens was near a small airport used by the Greek royal family that the occupying Germans had taken over to park their fighters. Although my German nanny and my parents had forbidden it, our favorite game was running out during an air raid in order to catch the silver foil Allied bombardiers would dump in order to confuse the primitive radars of German antiaircraft guns. It sounds more dangerous than it was. Three years of bombings and not a single casualty. Today’s youth have no such luck. They’re being bombed daily with exaggeration, intolerance, untruths, and outright falsehoods by Twitter, Facebook, and WhatsApp, with millions of casualties.

No wonder they’re all so angry. Had I lived my life in the grip of social media, I’d probably be an inmate in an insane asylum by now, or convicted of having raped that pachyderm Lena Dunham. Abused, trolled, bullied, incapable of having a relationship, today’s youth have rap stars as heroes, and that includes the ghastly Kardashians and Hiltons. Social media is now the echo chamber where one hears nothing but one’s own prejudices fed back to them. Their inner voice tells them that it’s all the fault of the oldies, people like myself who don’t care about the future. Bad, bad Taki.

Yet when communism collapsed thirty years ago, the world rejoiced for the values communism had denied the people under it: free speech, respect, and tolerance. The irony is that three decades later, newspapers like The New York Times and The Washington Post, TV networks, and movements like #MeToo want to revert to the kind of control practiced by communist dictators. The Donald promised to drain the swamp, but the swamp seems to be winning with help from the above-mentioned unmentionables, and from the zombielike people attached to their machines who shout at others on the internet. You know the type: those with a not-my-president, hands-over-the-ears reaction to democratically elected officials.

Back in 1969, President Richard Nixon went over the heads of the so-called elite and the Eastern establishment and told the American people that America would not be humiliated by North Vietnam. He called on the silent majority of Americans to back him, and they sure did. The polls went through the roof. One of my most pleasant memories was watching New York construction hard hats attack and beat the crap out of effete Harvard types for burning the American flag on Fifth Avenue. Irish cops looked on with smiles on their faces. Well, we all know how that ended. The swamp brought down a great president who had won 49 states.

We’re in the same situation now, except Trump is no Nixon. He’s listening to lying Saudis and Likudists and picking a fight with Iran, which should be our closest ally in the region. He’s on the right path where immigration is concerned, and when and if that is finally restricted, we can start rebuilding harmony among our communities, particularly in the inner cities. But I’m not holding my breath.