Andrei Navrozov is a poet and writer. He was born in Moscow in 1956. He is the grandson of the playwright Andrei Navrozov and son of the essayist and translator, Lev Navrozov. He live in Palermo. 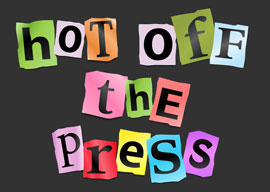 It is said, invariably with a sigh and in mournful tones, that the press is biased"a p... 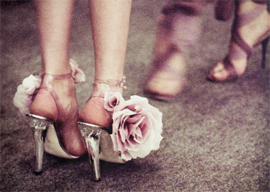 A prosperous, roly-poly Greek with a name that sounds like an Aztec root vegetable once pr... 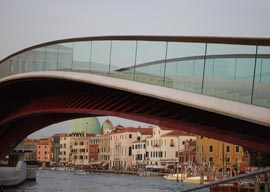 Avant-garde is an epidemic.  From modern architecture—an added misfortune, like...

A pair of Siamese twins in formaldehyde, provided the liquid was a shocking pink and the infants were joined together in some particularly disturbing manner, would have made for a suitable exhibit in one of the tents, as doubtless would the picture, foreshadowed in the story by Saki, of the hyenas dying in Trafalgar Square. Geeks, freaks, hairless dwarves, chess-playing automatons and sword-swallowing monkeys were at a premium…

In the 1930s even some of the older and more intellectual Russians, including those who had seen a bit of the world in their youth, believed that the United States was the land of the Yellow Devil, meaning gold. It was said that when one American met another in the street, he greeted him as follows: “Make money?” To which the other replied, with Puritan candour: “Very much, thank you.” To those Americans, our grandfathers knew, nothing was sacred. Their tabernacles were to Moloch, their culture was as venal as their women, and needless to say their women were all sluts.

Anybody who has ever made merry by leafing through an issue of Cosmopolitan knows that today’s successful young woman is happily married yet still happier single, that she stands by her man yet has many lovers, that she is virtuous yet possessed of a whole lot of outrageously expensive shoes, handbags, lipsticks and creams. It is in these same modal terms, calling to mind what musicians refer to as defunct harmonies, that the enterprising journalist must learn to describe everything from the conflict in Iraq to Hegel’s phenomenology, confident in the knowledge, I repeat, that in the end it is only money that matters.

The Last Time I Saw Paris

Even in some of my saner moments, however, I can detect within myself a tendency of character that transforms me into a kind of Taki of the Gutter. Thus I may be the only writer you will ever read who has met both Paris Hilton and David Frum, a fact I adduce here with neither pride nor shame, merely as evidence of my indiscriminate, some would say alcoholically induced, gregariousness. Miss Hilton I met in Cannes, at a drinks party on a big tugboat by the name of Octopus, which I distinctly remember some people calling a yacht because it belonged to somebody who could afford one. Her journalistic counterpart I knew at university, where Mr Frum already stood out among his peers as a conspicuous toady, a superior liar, and a remarkably naff dresser.

The Right to Shirk

Stalin, who espoused the profound rationalism of a Constitution that made socially useful labour into universal law, lost out on Europe’s scientific genius and therefore on world domination. So did Hitler, who espoused no less remarkable a rationalism of his very own. History has shown that neither the White Sea Canal nor Zyklon-B gas was an innovation on the level of “Jewish physics.” But even in the United States of Roosevelt’s day, Einstein had only just slipped through the loophole of vain-dream dreaming, useful-work shirking and unearned-income slacking which a militarising democracy had left open in the confusion of mobilisation. Today he would be lucky to get a green card, to say nothing of university tenure.

What the Loser Wins

I am not saying that we must all turn to Eastern mysticism, or try walking on water after a heavy lunch, or even be portrayed by Francis Bacon in attitudes expressive of inner torment. But come on, live a little! Let the careless child burn his fingers playing with matches. Let the faithful adoring wife go on worshipping her husband, the idler in a spotted cravat who is secretly taking all her jewellery to the pawnbrokers. Let the clueless dreamer have a go at saving the fallen woman, who is meanwhile using his driving license to rent the getaway car for a bank heist.