A Matter of Tone 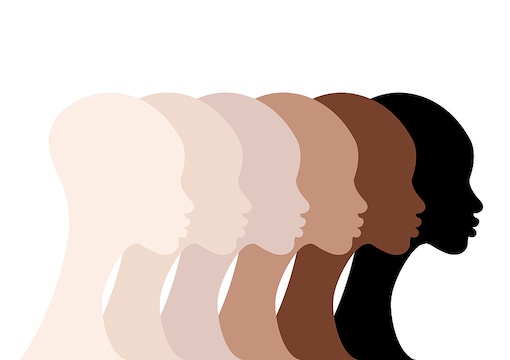 Possibly. After all, we have seen a number of historic examples of ethnicities pulling ahead of their neighbors by doing things smarter after they came to enthusiastically acknowledge the superiority of Western European modes of thought. Two famous examples of colonial collaborators were the Parsis of Bombay and the Igbo of southern Nigeria, who now score vastly higher on Nigerian college admissions tests than do the Muslims of northern Nigeria.

The most famous example is Japan’s sudden acquisition of the advantages of Western thinking after 1853. But perhaps the most historically significant is the Ashkenazi enlightenment that began in the second half of the 18th century. After centuries of being richer and more sophisticated than European Christians, Jewish philosophers like Moses Mendelssohn found their people falling behind, and thus advocated imitation of gentile breakthroughs.

On the other hand, despite its proven track record, in 2021 there isn’t much momentum toward adopting what once worked for the West. Dogmatism is gaining in favor over empiricism. Great European intellectual accomplishments, such as the bell curve, worked out by geniuses like Laplace, Gauss, and Galton, are in disrepute because of what they can teach us.

Thus we are losing our former ability to grasp that statistical differences are not absolute differences. For instance, about 8 million African-Americans have higher IQs than the average white. But the fact that on average blacks have lower IQs is now considered unspeakable.

For example, in the ten weeks since the publication of Charles Murray’s Facing Reality: Two Truths About Race in America, The New York Times has not deigned to mention its existence, even though it succinctly offers an Occam’s Razor explanation of America’s main racial disparity: Blacks have higher average levels of violent crime and lower average levels of intelligence.

Those who have responded to Murray’s book have typically argued that these gaps couldn’t possibly be innate.

Indeed, Facing Reality doesn’t take a stand on this question. In determining whether the policies advocated by Black Lives Matter are prudent right now, the academic question of whether, say, narrowing the IQ gap would take a few generations of rigorous training or many generations of evolution is not terribly relevant.

Yet, it’s crucial to understand that if these disparities are not due to genes, then American society since 2013 has been going about trying to close them in the dumbest, most self-destructive way possible.

“The recent creation of spectacularly detailed studies has allowed testing of the long-standing question of whether intelligence varies with racial admixture.”

Assume that the problems of African-Americans today are due to blacks having largely missed out on the Western cognitive revolution that historian Alfred W. Crosby traces back to the 1200s. This slowly converted Europeans from peasants to burghers by making them more quantitative, more bourgeois, more thoughtful, and more self-disciplined.

If so, then the purported solutions for black underachievement promoted by elites during the Great Awokening—blacks should be encouraged to resist arrest, to act out in school, to blame their failings on whites, to work less and nap more, and to demand cash without having to labor for it—are 180 degrees off target.

Our Establishment—rather than telling blacks that to avoid disciplining by the law they must self-discipline, that they need to inculcate their Weberian Protestant work ethic—has been egging on blacks’ worst lumpenproletariat inclinations, with predictable results, such as the black murder rate being up by approaching 50 percent since Ferguson in 2014.

Indeed, black traffic fatalities soared 36 percent in the first seven months of the racial reckoning, June to December 2020, compared with the same period in 2019, as exultant blacks celebrated their liberation from the law by driving recklessly (and therefore wreckfully).

On the other hand, the recent creation of spectacularly detailed longitudinal studies that include both cognitive test scores and DNA data for very large samples of individuals has allowed testing of the long-standing question of whether intelligence varies with racial admixture.

In the U.S., race is determined largely by self-identification. You (or your parents if you are a child) choose which boxes to check.

This sounds highly unscientific, so twenty years ago I set out to show how ridiculous the system was. But I eventually concluded that it was good enough for government work. Since then, DNA studies of ancestry have found a reasonable correlation among non-Hispanics between self-identification and racial genetics.

If race were purely a social construct, and the social designation of race is all that drives IQ score gaps, then the IQs of people within one race should be randomly distributed. In other words, among everybody who self-identifies as black, how much white ancestry they have should have little influence on their IQ scores.

On the other hand, if IQ differences between races are partly genetic, then people with more white genes from more white ancestors should score higher.

The basic logic of this question was laid out in a clever 1977 Saturday Night Live skit in which dark-skinned Garrett Morris interviews light-skinned Julian Bond, head of the NAACP (which darker blacks tended to call the National Association for the Advancement of Certain People because so many of its leaders from Walter White through Ben Jealous have been surprisingly fair in appearance), about the racial IQ gap:

Garrett Morris: How did the idea of white intellectual superiority originate?

Julian Bond: That’s an interesting point. My theory is that it’s based on the fact that light-skinned blacks are smarter than dark-skinned blacks.

Garrett Morris: [Not sure he heard that right] Say what?…

Me being me, I wanted to know if Bond’s punchline is factual. Looking at pictures online, I’d say no: The higher-scoring Igbo of southern Nigeria are blacker than the slightly North African-looking Fulani herders of northern Nigeria.

What about Bond’s initial assertion that light-skinned blacks are smarter?

My impression is that Americans’ perceptions honestly differ on this question.

One complexity that leads to disagreement is that more than a few of the smartest blacks in the U.S. in 2021 are all-black African immigrants selected for their academic potential.

A further complication is while there are of course strong positive correlations among racial genes, genealogy, and looks, they don’t trend together 100 percent, so there is some randomness. For instance, Barack Obama is half white, but looks more like he’s perhaps one-quarter white.

And a major source of complexity that’s not well understood is that while virtually all descendants of American slaves have some white ancestors, not many people who have two parents who identify as black trace more than half their family tree from Europe. In most genetic studies of African-Americans, about four-fifths of their ancestry is sub-Saharan, with a fairly narrow variance.

For instance, in the latest admixture study, “Genetic Ancestry and General Cognitive Ability in a Sample of American Youths” by John Fuerst and Gregory Connor, less than 3 percent of the children in the nationally representative Adolescent Brain Cognitive Development (ABCD) cohort whose parents identify them as black have over 50 percent white DNA.

(Lavishly funded, the ABCD is a giant study of 11,750 children that has generated 140 terabytes of data. The ABCD includes an elaborate series of cognitive tests from which IQ scores can be calculated, while racial ancestry can be determined from the genome data in the manner of Ancestry.com. The findings are available in anonymized form to expert outside researchers for their own analyses.)

Note that the authors break out a separate Other group for non-Hispanic and non-Asian subjects whose parents consider them more than one of the following: white, black, and American Indian. So, the black group in this report consists of kids considered only black by their parents. (The analysts aren’t trying to trick anybody by their methodology; they are clarifying their subjects down to the ones whom Americans are most likely to think of when they talk about white and black: e.g., Michael Jordan rather than Tiger Woods.)

In Fuerst and Connor’s sample of 1,690 black-only kids ages 9 to 10, the average genetic ancestry is 16 percent white (a little lower than most such studies) with a standard deviation of 11 percent. So, the great majority of African-Americans are under, say, 3/8ths white.

In contrast, among the more than 5,000 children whose parents list them as non-Hispanic white-only, their average white ancestry is 98 percent (e.g., one black and one Native American ancestor seven generations ago), with an even narrower variance.

Why? The Anglo-Saxon concept of the “color line” restricting intermarriage between the races meant that part-black lineages tended to regress over the generations toward the black mean for admixture percentage, unless an ancestor made the arduous leap into “passing” as white, after which the lineage would regress toward the white mean. For example, there emerged over time black Hemmings and white Hemmings, but not many distinctly in-between.

Outside of Louisiana—where the Latin concept of the “color continuum” reigned and thus there were born quite a few prominent people who were mostly but not overwhelmingly white, such as pianist Jelly Roll Morton, literary critic Anatole Broyard, and drag racer Don Prudhomme—there just weren’t, until recently, all that many Americans who were visibly part-black but less than half-black by DNA.

Within the restricted range of admixture found among self-identified black-only children, the new report found a positive but small correlation between white ancestry percentage and cognitive test scores for the general factor of intelligence of .10 for all blacks and .13 excluding immigrant stock.

Three IQ points is not negligible, but neither is it highly noticeable either. I’d say it’s around the edge of perceptibility, which is why people tend to honestly disagree on the Bond-Morris question.

In the Lasker paper, we explained a simple way of thinking about this, which [Arthur] Jensen had pointed out in a reply to Sandra Scarr.

Interestingly, this 2021 analysis of the ABCD database more or less replicates a 2019 study of the Philadelphia Neurodevelopmental Cohort of nearly 10,000 youngsters.

Now, these two papers don’t prove that genetics explain a sizable portion of the race gap in intelligence. It could be, for example, that bias against darker African-Americans depresses their IQ scores.

And yet, as a white American, I have a hard time remembering moderate differences in skin tone among black celebrities: Michael Jordan, I recall, is dark, Obama middling, and Beyoncé light. But what about the precise coloration of LeBron, Oprah, O.J., Eddie Murphy, Bill Cosby, Stevie Wonder, Denzel Washington, Will Smith, Prince, Jesse Jackson, and Al Sharpton? (To simplify things, we’ll leave Michael Jackson out.)

Truth be told, I have most of them categorized in my mind simply as “black,” and I don’t devote a lot of brainpower to remembering subtler tonal distinctions than that.

If anybody is discriminating much on degrees of color, it is likely other blacks.

So, while these studies of two extraordinarily sophisticated new databases haven’t established definitively that the racial gap in IQ is substantially genetic in origin, they have certainly failed to falsify that theory.

Considering the vast acclaim that would be bestowed upon any researcher who did falsify this most feared and loathed of all scientific hypotheses, it’s curious that most pundits assume it has already been utterly disproven…but they just can’t quite remember the name of the guy who did it.