American Driving in 2021: Reckless and Wreckful 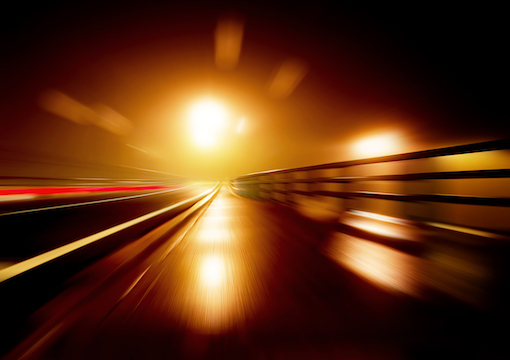 Evidence continues to pile up that the twin historic disasters of 2020—the dreaded Covid pandemic and the celebrated racial reckoning—have left Americans crazier and lazier.

Last week, I reported that my tabulation of year-end homicide counts from 44 of the 50 biggest cities found that killings were up 45 percent in 2021 versus 2019. This week, I find from a sample of 30 states and selected cities that have already reported year-end traffic fatalities that car crash deaths grew 17 percent from 2019 to 2021. Those are both unusually huge two-year increases.

All in all, America’s new normal is a pretty miserable one.

Here’s my collection of 30 early reporting states and a half-dozen cities in the other 20 states that haven’t yet posted their 2021 traffic deaths online or released them to local news media. Together, these places comprise 56 percent of the U.S. population.

Traffic deaths during the new normal 2021 were higher than during the old normal 2019 in 25 of the 30 states and five of the six cities. The five states that saw death declines are smallish ones.

What’s going on on the roads?

In 2020, the quantity of miles driven dropped versus 2019, which should have reduced car deaths, but the quality of driving plummeted. Total miles driven declined 13 percent due to lockdowns and work-from-home, while deaths per million miles driven went up an insane 23 percent, leading to a 7 percent overall increase in car crash deaths.

In 2021, miles driven rebounded to only a few percent less than in 2019. Yet, despite the return of traffic, deaths per million miles continued at nearly the same reckless (and thus wreckful) rate as 2020, improving by only a few percent.

When everything shut down in the spring of 2020, some drivers took advantage of the empty streets and the suddenly reclusive police to drive like bats out of hell. For example, despite no doubt wanting to socially distance in 2020, the Utah Highway Patrol wound up issuing 31 percent more tickets than in 2019 to drivers speeding over 100 miles per hour (160 kilometers per hour: That may seem like a reasonable velocity to German autobahn enthusiasts, but Americans are less competent behind the wheel).

Despite the worse driving, American cops prudently ticketed drivers less. To take a random example from the Indianapolis Star:

Thus, the number of motorists killed by being ejected, perhaps the most spectacular way to go, increased 20 percent in 2020 according to the National Highway Traffic Safety Administration.

Not only did drivers get crazier, they also got lazier, often not bothering to buckle their seat belt: Deaths with an unbuckled seat belt were up 15 percent.

It was widely assumed that legalizing marijuana would cut down on drunk driving, but instead Americans seem to be driving more both drunk and high. KIRO notes:

In Washington state, about 60% of the fatal crashes in 2020 involved impaired drivers. [Washington State Police] says an increasing number of DUI crashes are involving multiple substances, alcohol and marijuana in particular.

Then, upon hearing the news of George Floyd’s death in late May 2020, the Establishment decided that America’s most pressing problem was too much law and order. That may have turned what might have been a temporary problem with bad driving into an enduring one.

“All in all, America’s new normal is a pretty miserable one.”

The impact of the racial reckoning on black driving is shocking (although still almost unknown). As I broke the news in Taki’s last June by carefully examining an NHTSA report on deaths by race, in the past seven months of 2020, blacks died in wrecks 36 percent more often than in the same period in 2019. For the rest of the population, the increase was 9 percent.

Why did blacks get themselves into so many bloodbaths, both with guns and with cars, as soon as the nation’s cops figured out in June 2020 that elites were itching to turn them into the Face of White Supremacy over some Traffic Stop Gone Wrong?

It’s almost as if when police retreat to the doughnut shop, blacks, like most humans, tend to behave worse.

But who could have guessed that? Apparently, not the people running America, who did not seem to anticipate at all that their vast social experiment in sacralizing criminals over cops was likely to leave a lot of dead bodies on the pavement.

Fortunately, blacks aren’t on average as disastrous with cars as they are with guns. While they accounted for 56.5 percent of known murder offenders in 2020 FBI statistics, they comprised 19.7 percent of traffic deaths in 2020 NHTSA numbers.

So, there is plenty of blame to go around for the current car carnage.

Still, on a national level, murders and car crashes tend to go up and down together. For example, after both murders and auto accidents declined during the Great Recession, during the first Black Lives Matter era following Ferguson in 2014, murders went up by 2016 by 23 percent and highway mortality by 15 percent. Then both measures fell during the early Trump years before shooting up again over the past two years.

It’s not a coincidence that there has been a Ferguson Effect and now a Floyd Effect on both murders and lethal wrecks: The root causes of both include depressed police and exultant lawbreakers.

Thus, there’s a certain degree of correlation of the rise in driving demises at the state level with the simultaneous increase in the murder rate at the city level. For instance, the worst increase in car fatalities (37 percent) in a moderately sizable state was seen in Minnesota, home to George Floyd. Minneapolis, where the burning of a police station ignited the defund-the-police movement, also suffered the fifth-biggest increase in homicides: 100 percent since 2019.

The worst growth in urban homicides was in Austin, 178 percent, where auto casualties grew 36 percent. Portland had the second-fastest rise in murders, 150 percent, and a 34 percent increase in traffic mayhem.

The role of the racial reckoning in getting motorists and pedestrians killed by turning elites against safety enforcement should not be ignored. For example, from The Urbanist’s coverage of Seattle:

But in 2020, the Covid-19 pandemic combined with that summer’s protests in the wake of George Floyd’s murder prompted the department to reassess the role of relying on police enforcement as a go-to tool. Those emphasis patrols stopped. [Seattle Department of Transportation] Director [Sam] Zimbabwe, appearing back at the city council in 2021, spoke to the shift in the department’s thinking.

In case you are wondering, Sam Zimbabwe is a white man who used to be named Sam Zimmerman-Bergman.

“It’s time to daylight the uncomfortable reality that relying on an enforcement-heavy approach in transportation can also lead to disproportionate financial impact, injury, and death for Black and brown community members across our city and across the country,” [Zimbabwe] told city councilmembers less than two years after the same team had been touting its police enforcement strategy….

Unfortunately, the situation on the ground is not improving while this shift takes place. 2021 will replace 2019 as the most deadly year on Seattle’s streets since 2006, with a preliminary tally of 31 fatalities.

Police traffic stops have been in bad odor with the Establishment since Ferguson. As you may recall, the Obama administration turned the Ferguson PD inside out to find the racism it knew must be there. After it found nothing, the Department of Justice then announced that, well, okay, the late Michael Brown did try to wrestle the policeman’s gun away, but Ferguson was operating…a speed trap! This was considered giant national news for a while.

By the way, let me interject a complaint once again about how the U.S. has the world’s greatest sports statistics, but it still takes a lot of poking around to assemble the death numbers to evaluate how the powerful are performing, leaving countless Americans ignorant about important trends.

In contrast, consider Japan. From The Asahi Shimbun:

In other words, the Japanese publish their national year-end number on the fourth day of the new year, while the U.S. usually takes about three months. Unsurprisingly, in well-informed Japan, mortal crashes tend to go down about 7 percent per year.

American cities have surged to adopt the Vision Zero “strategy” (or perhaps “daydream” is the more accurate term) “to eliminate all traffic fatalities,” largely by rebuilding roads to make them too scary to drive fast upon while, increasingly, de-emphasizing law enforcement.

Vision Zero is reminiscent of the 2002 No Child Left Behind legislation that George W. Bush and Ted Kennedy cooked up to mandate that all schoolchildren score above average by 2014. Not surprisingly, setting a clearly ridiculous goal of eliminating all fatal accidents isn’t doing much good in the real world, where deaths are up 17 percent.

Japan, though, is a serious country while the United States is becoming ever more the land of wishful thinking and make-believe.