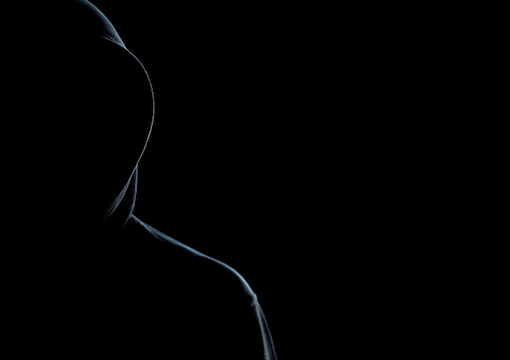 Rather than wait around for the FBI and CDC to finally announce next autumn the number of murders in the year just ended, my New Year’s tradition has become to count them up myself.

This is feasible because many newspapers run a standard article between Christmas and early January in which a junior crime reporter calls up the local police department and gets the official number of homicides for the closing year and a few quotes from the police chief about why mayhem within the city limits went up or down.

I was thus able to dig up fairly reliable numbers for 44 of the 50 biggest cities.

“The problem is, a high rate of murder is the new normal.”

Last fall, when the FBI announced murders were up 29 percent nationally and the CDC found homicides were up 30 percent, this embarrassing carnage count was frequently described as a “spike.” While dramatic, that term also suggests that real soon murders will be coming down as fast as they went up now that the steady hand of Joe Biden is on the national tiller.

But instead, the shape of the murder graph looks more like a plateau: Homicides in the 44 big cities in my sample roared up 38 percent in 2020, and then an additional 5 percent in 2021.

The FBI counted 4,901 more murders nationwide in 2020 than in 2019. If, as there was in my urban sample, there was a small rise nationally in 2021, then there have been approaching 10,000 incremental murders during the second set of Black Lives Matter years, with likely about 6,000 of the extra dead being black bodies.

Unlike 2020, when homicides went up in virtually every large city, especially after the “racial reckoning” was declared following George Floyd’s death, 2021 was a more normal year with a normal dispersion of results: 27 cities saw an increase and 17 a decrease.

But the problem is, a high rate of murder is the new normal. Overall, homicides were 45 percent higher in 2021 than in 2019:

The worst two-year increases were seen in two liberal former utopias: Homicides were up 178 percent since 2019 in Austin, Texas, and 150 percent in Portland, Oregon. Granted, these towns started with small sample sizes of killings, but still…

It’s often assumed that increases in violence must be due to economic hard times. But Austin is booming, with Elon Musk relocating his Tesla electric car company to the region. (In reality, more crime tends to cause economic and demographic desolation than vice versa, with many famous old towns like St. Louis and Cleveland falling out of the 50 biggest cities as residents flee crime.)

Portland, of course, is perhaps the most leftist big city in the country, with its political establishment tolerating months of Antifa rioting in 2020.

(Interestingly, Seattle started down the same path as Portland during the Summer of George, with its murders growing 93 percent in 2020. But Seattle came to its senses and shut down the Capitol Hill Autonomous Zone while Portland accommodated the mob night after night. Portland’s murders went up another 70 percent in 2021, while Seattle’s count fell 20 percent and is now only up 54 percent versus 2019.)

Third through fifth place in the rankings of worst increases in slayings since 2019 are three homes to celebrated Black Lives Matter martyrs: Louisville (Breonna Taylor) is up 111 percent, Milwaukee (Jacob Blake in nearby Kenosha) 103 percent, and Minneapolis (George Floyd) 100 percent.

A brief methodological note: Most newspapers’ year-end articles tally up homicides (which include justified self-defense and police slayings), but the Chicago papers track (unjustified) murders (797 in 2021). I’ve used instead the homicide count (846) from the Chicago crime tracking site Hey Jackass! It doesn’t matter all that much which statistic you use so long as you use the same one from year to year.

Only five cities have seen murders fall over the past two years, three of them beach towns: Jacksonville, Florida (–19 percent), Virginia Beach (–7 percent), and Long Beach, California (–3 percent, although my 2021 figure is only through the end of November).

Another is Charlotte, North Carolina. It had seen murders grow 57 percent from 2016 to 2019 due to the Ferguson Effect following the last big Mostly Peaceful Protest of the first Black Lives Matter era before Trump’s victory influenced Democratic donors like George Soros to cut BLM funding. So, perhaps Charlotte is finally getting back to normal. But it’s the new normal: Murders are still 42 percent worse than before BLM came to town.

Finally, there is Baltimore, where killings are down 3 percent since 2019. Baltimore might have been the most spectacular example of the Ferguson Effect during the first BLM age, with havoc skyrocketing after the Freddie Gray Riot of April 25, 2015. Sometimes, though, when you say to yourself things can’t get any worse…they don’t. So, the numerical stability of Baltimore’s slaughters allowed New Orleans to slip ahead of Baltimore and take the title of America’s most lethal big city in 2021 with 56 murders per 100,000.

If I squint at the numbers enough, I might convince myself that long-downtrodden Detroit could be starting to turn the corner: After killings went up only 20 percent in 2020—the rhetoric of the mayor and police chief was admirably unwelcoming toward undocumented shoppers—they declined 5 percent in 2021. Detroit has a long way to go, but it’s no longer at the head of the pack contending for the title of America’s Murder Capital. People sometimes do learn lessons, and Detroiters have learned theirs the hard way.

In contrast, among cities too small to make the top 50, Jackson, the 79 percent black capital of Mississippi, has a murder rate of 90 per 100,000, almost twice as bad as that of Detroit.

At that rate, a black man trying to live out his three score and ten years in Jackson has well over a 10 percent chance of having his life end violently. Not surprisingly, the population of Jackson is now only three-fourths of what it was in 1980.

For reference, the murder rate in heavily policed New York City, while now much worse than in the 2010s, is still only 6, Los Angeles is 10, and Chicago is 31.

An important unanswered question is whether the chaos of the second Black Lives Matter period is spreading to Latinos. Some Hispanic voters were repulsed by Democratic pandering to black criminals, but what about Latino gang members? Have they responded to the anti-police movement by shooting each other a lot more?

Across the border, slayings went down in 2021 in the carnage capitals of Tijuana and Ciudad Juarez. But the correlation between crime rates in Mexico and the U.S. is obscure: For some reason, the more vicious the Mexican border town, the more law-abiding its American doppelgänger, as seen in San Diego and El Paso.

Looking at my table of American murder counts, it’s difficult to state with confidence what Hispanics are up to. Some heavily Hispanic cities like Tucson and Fresno are way up, but others like Dallas are not.

Unfortunately, the FBI’s crime data is pretty useless for breaking out Hispanics. And we’re still waiting for the CDC to report on homicide victims by ethnicity for 2020, much less for 2021.

It’s hard to make intelligent criminal justice policy decisions when this kind of tardiness in crime data is tolerated.

So that’s why I count up the killer stats myself.