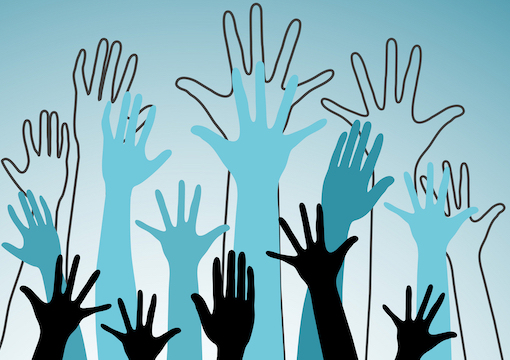 Meet Chicago Democrat Party official (and amateur musician) Mary Lemanski. On the evening of Nov. 21, following the mass murders at the Waukesha Christmas parade, as the bodies of Darrell Brooks’ victims were still warm, and while victim No. 6, an 8-year-old child, was still barely clinging to life, Lemanski, social media director for the DuPage County Democrat Party, went on a Twitter diatribe about how the victims “reaped what they sowed” because of “collective karma” following the Rittenhouse verdict.

“The blood of Kyle Rittenhouse’s victims is on the hands of Wisconsin citizens, even the children.”

Lemanski repeatedly claimed that the “white” Waukesha victims got what they deserved (and before you go there, she’s gentile. If you think the Polish suffix “-ski” denotes “Jewish,” you’re one hell of a lousy ethnographer).

I followed the Lemanski freak show because I found her honesty refreshing. She didn’t hesitate to openly admit her hatred of her fellow whites, which, she tweeted, came from childhood experiences:

I was sexually abused at age 2, a victim of white racists against Polish people from age 1-7, lost my virginity to a rapist at age 14, had an abusive mother. I had serious issues because of white racism.

Lemanski was fired from her party position. She whined about her newfound infamy in one final tweet before liquidating her social media:

Nobody cared about me like my whole life. My mom used to leave me for hours at a time alone in my play pen. I’ve put out music for 20 years nobody gave a shit. Why do people all of a sudden care about a stupid remark? I can’t believe my 15 minutes of fame is for this shit.

Normally, I don’t devote space to “freak of the week” stories…but I find this incident instructive.

First off, it’s intriguing how quickly the non-rightist media “pounced” on Lemanski. She was by no means a major national figure. A party official, sure, and fair game because of it. But the left-leaning press seemed to pile on with atypical vigor.

Well, Lemanski revealed the secret handshake. She dared to explicitly mention her antiwhite bias. She didn’t cloak it in academic gibberish like “equity.” She made it clear that she’s driven by a hatred of white people.

She gave the game away. Democrats traffic in antiwhite hatred, but they can never openly admit it. So when one of them does, out they go, to preserve the illusion that the “hater” was an anomaly.

But here’s the bigger point: Lemanski perfectly represents something I discussed several weeks ago, the fact that a lot of what we take for antiwhite ideology is actually in many cases a personal beef manifesting as ideological. Like so many antiwhite activists, Lemanski is a deeply broken individual. Her obsession with past slights even extended to, in one tweet, naming the white kid who pushed her off a swing when they were children (she even doxxed his contact info and current workplace).

Lemanski represents the arm of antiwhiteness personified by the sick and the damaged. People driven not by ideology, but by personal bitterness and failure. Antiwhiteness just happened to be the balm Lemanski needed. Had she been bullied and beaten by black kids as a child, she’d be running with the Hakenkreuz Skins, with a totenkopf tattooed on her boob.

There’s nothing “intellectual” about Lemanski’s antiwhiteness; she’s weak and wounded. Give her the opportunity to be “professionally” antiwhite and she’ll take it, because for her, it’s healing.

The problem is, no major political party should be providing that opportunity. The fact that antiwhiteness is so accepted in America today, the fact that it’s promoted, the fact that being antiwhite can be a job qualification, allows broken, bitter whites (women, especially) to not just indulge in but profit from the demons rattling around inside their haunted heads.

Naturally, a great deal of antiwhite hostility comes from blacks (as should be obvious), but that doesn’t engross me as much, because there’s obvious perceived self-interest there. There’s no mystery to that motivation. In employment, academia, and just generally in life, there’s a black advantage to be had by keeping whites down, out, and cowed. I’m far more interested in the motivations of whites who not only go along with the program, but oftentimes advance it without pressure from blacks.

“The fact that antiwhiteness is so accepted in America today allows broken, bitter whites to profit from the demons rattling around inside their haunted heads.”

Sometimes the answer is simple opportunism. There’s money in antiwhiteness. But not at ground level; opportunism doesn’t explain whites voting against their best interests or pushing CRT on white children. What does is that white adherents of wokeism are the same people susceptible to what’s known as (and man I hate this term) “woo-woo,” defined by The Spectator’s Leah McLaren as “anything slightly silly, trendy and/or new agey that exists for the primary purpose of making people (almost always privileged white women) feel better about our bodies and minds.”

And Jews, who play such an outsize role in publishing, academia, journalism, and political think-tankery, have assumed the traditionally Jewish position of psychiatrist in pitching this woo-woo to the self-absorbed white women sitting on their couch. Instead of blaming it all on mommy and daddy, the new Freudians blame it all on whitey (many of these Jews are themselves broken; as I detailed several weeks ago, George Soros continues to be obsessed with and driven by his family’s humiliation during World War II).

Anytime a society allows hatred of a particular racial or ethnic group to become not just mainstream, not just accepted, but rewarded, that hatred will become a commodity. And overarching weltanschauung racial theories (“this group is responsible for all the world’s ills”) can easily morph into pop psychology.

But what’s missing from the manure mountain of antiwhite books, essays, and lectures stinking up the discourse these days is a comprehensive study of the motivations of those who are attracted to this kind of “woo-woo.” That’s why it’s the angle that intrigues me the most. Because if one views antiwhiteness as a pathology (or, as I described in a previous piece, a disorder), it’s vital to pinpoint who’s most susceptible.

With a single-celled organism like Mary Lemanski, it’s easy to explain why she’s drawn to antiwhiteness. But those school-board hags and CRT pushers in the classrooms, and all the college-educated whites who continue to vote for this nonsense…what’s their deal?

There’s more than one explanation. In The Virgin Spring, Bergman infuses his rape/revenge morality tale with an underlying message about why Christianity took hold in the old Nordic lands: It offered something the pagan faiths didn’t—repentance and absolution. Wokeism gives that to whites who are under the delusion that they need it because of their skin color and “genocidal” racial history.

But there I go gettin’ fancy-pantsed (referencing Bergman? Really, Dave?). In truth, much of the attraction among certain whites to wokeism boils down to the fact that the feebleminded are highly suggestible. It’s like how thousands of impressionable white chicks saw Todd Haynes’ 1995 film Safe, which gave national publicity to the then-little-known psychosomatic pseudoailment “multiple chemical sensitivity” (the “allergic to the modern world” “disease” that absolutely doesn’t exist), and decided that they had the condition. Haynes wasn’t trying to promote that flimflam; he was just making a film about it. But he inadvertently inspired thousands of people to think they had the “affliction.”

By blanketing the marketplace with antiwhite content, that alone will birth believers among the impressionable. We see that happening with teens (who are by definition feebleminded) and trannyism. The 24/7 pro-tranny noise in media and advertising, combined with an outright ban on opposing views, is “creating” trannies.

With educators, though (and they’re the primary drivers of CRT), there’s likely something more specific at play. Many of these people are of an age where they remember the campus protests of the 1960s and early ’70s, either as participants or (like me) as kids watching the events on TV and being told that they were the greatest things ever. And what we’re seeing is a desire on the part of people like that to relive (or live anew) those “glory days.”

They’ve imagined themselves back in time. Or rather, they’ve imagined the past into the present. It’s a historical phantom pregnancy, like the leftists who are convinced it’s still the 1950s, with the KKK lynching blacks, racist cops murdering blacks for no reason, and “freedom riders” braving the odds to register the disenfranchised darkies to vote.

And now nostalgic, leftist educators are in a virtual reality of their own wishful thinking in which massive student revolts are compelling them to step in and save the day with CRT. Campus buildings are being occupied! Brave protesters are conducting sit-ins and staring down National Guardsmen! All because the students demand CRT!

Except of course that’s not happening. The campus protests of the ’60s and ’70s for “black studies” and “Chicano studies” departments are not being replicated for CRT. That’s all in the white educators’ minds. Blacks are protesting, but not for CRT. Their walkouts have nothing to do with curricula at all. They protest cops, they protest Halloween costumes, they protest the free speech of white professors.

But the self-absorbed woke educators—narcissists who live in obscurity and fear dying in it—need to make it all about themselves. “These struggling students of color need me. I must lead them! CRT now, CRT forever! I’m a hero!” CRT is being pushed with the immediacy of a college dean looking to quell a campus uprising, but it’s all imaginary. The actual “demands” of malcontent campus blacks have nothing to do with lesson plans; they want segregated spaces, the dissolution of grades and standards, no on-campus security, no white freedom of speech, and gibs da reparations! And they don’t want whites “leading” them at all.

So in this case, you have antiwhiteness being pushed by white educators who’ve fabricated a crisis in order to heroically solve it. Insignificant humans imaging themselves standing at the crossroads of history, when in fact they’re mere hobos trudging its back roads.

Antiwhiteness can be attractive for a variety of reasons. It can be an outlet for broken people with a hateful grudge (like Mary Lemanski, for whom antiwhiteness is personal, a manifestation of an unhappy childhood), it can be therapy, it can be redemption, it can be a fad, and it can be a vessel for narcissists seeking to recapture glory days they probably never lived in the first place.

So take this as a companion piece to last week’s column, about how this problem won’t be solved geographically by retreating to red states.

It’s a plague, and there are lots of immunocompromised people out there.

And no matter where you live, it’s guaranteed you’ll have more than a few of ’em in your backyard.