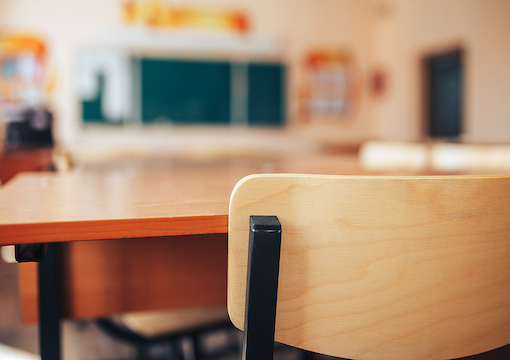 Modern school shootings are an exceptionally abhorrent phenomenon that we got along just fine without for the first couple of centuries of U.S. history.

So, it’s wholly reasonable to want them gone. It’s not like America was suffering from any lack of the beneficial side effects of school shootings before the man with the brain tumor climbed the U. of Texas clock tower in 1966 and the “I Don’t Like Mondays” girl opened fire at the San Diego elementary school in 1979.

School shootings and other heavily publicized mass killings are an intensely grotesque problem, often engineered by obsessive notoriety-seekers specifically to elicit maximum outrage from you and me. (For example, Bob Geldof of the Boomtown Rats says cornerstone K–12 shooter Brenda Spencer wrote to him to say “she was glad she’d done it because I’d made her famous….”)

“Once a bad idea becomes thinkable, it can sometimes have quite a run among the unhealthy.”

But how big of a problem are they?

One difficulty in counting “mass shootings” is that the media have a “we know it when we see it” quasi-definition that excludes the large bulk of the shootings of masses of people as being boring domestic tragedies, run-of-the-mill felony murders, stupid lowlife beefs, or unsolved but probably uninteresting mysteries.

There’s some justification to this narrow focus in that ignoring the now-rising number of old-fashioned murders lets us concentrate on this novel phenomenon of recent decades. Of course, the media spotlighting a handful of murders to the exclusion of the vast majority of shootings gives a wildly biased picture of America’s violence problem.

As I mentioned two weeks ago, the leftist magazine Mother Jones has made perhaps the most rigorous effort to tabulate a list of just the canonical mediagenic mass shootings that get remembered while excluding all the “Three Dead, Eight Wounded in Rap Concert Shooting” headlines that flicker momentarily each week in America.

The magazine’s rules, for instance, exclude the 1993 Brown’s Chicken massacre of seven fast-food workers by two robbers, one of whom had previously worked there. Because the criminals killed all the witnesses, it took nine years to identify the gunmen.

That this notorious mass shooting doesn’t make the Mother Jones list of mass shootings is a reminder that nobody much cares about witness-murdering even though it is a sizable problem in this country, both for the poor dead witnesses and because it feeds into feelings of impunity among potential killers in communities where snitches get stitches.

The central engine of today’s American racial problems is that blacks commit murder at about eight times the rate of the rest of the population. Some of that absurd gap is due to impulsiveness, but there’s also a rational component driven by the difficulty cops have in clearing murder cases in neighborhoods where cooperative witnesses can wind up dead.

Although witness-murdering is an omnipresent theme in suspense movies and detective novels, it just doesn’t seem to engage the serious press, even though a war on witness-murdering would be one of the more promising ways to begin to ameliorate our race problems. But we’re not supposed to mention that America even has a black murder problem, so, predictably, the black murder problem has gotten much worse over the past two years with the number of blacks who died by homicide 38 percent higher in 2020 than in 2019.

Mother Jones comes up with only 128 worthy mass shootings since 1982, accounting for 1,036 deaths, or about 0.2 percent of all American homicides over those four decades.

Still, this kind of murder was close to nonexistent within living memory. And the trend has accelerated, with the past decade accounting for half of the list.

Of the 128 canonical mass shootings, nineteen were at schools or colleges, with those adding up to 198 fatalities. (Note that this is not the full extent of all school shootings because it excludes ones where the shooter failed to murder Mother Jones’ minimum of three people (four before 2013). For instance, in 2001 I reported on a Columbine copycat school shooting near San Diego in which the little creep shot fifteen but managed to kill only two, so he doesn’t make the list of famous school shooters.)

Two hundred-plus school killings over the past four decades is 200-plus too many.

In taking steps to reduce the number of school shootings, it would be helpful to know why they happen now when they more or less didn’t exist in the past.

By way of analogy, many of the thousands of incremental homicides and traffic fatalities since the “racial reckoning” began two years ago with George Floyd’s death could likely be reversed given enough effort and time by returning to the practices, policies, and attitudes of 2019. But to cut the killings, the great and the good would have to admit their guilt in promoting the disastrous Black Lives Matter movement. And that doesn’t seem likely.

What about the rare but intolerable Mother Jones-style mass shootings?

Everybody has a theory about why school shootings and similar mass killing shootings are so much more numerous today than a half century ago. Trust me, the 1960s and 1970s were not a generally virtuous or restrained era, what with their frequent serial killings, political assassinations, skyjackings, bombings, and muggings—to list five violent crimes that rapidly got worse over the course of those years but now appear to be in decline (as are earlier crime fads such as bank robbery and kidnapping for ransom). Back then, school shootings and the like were just beginning to become a thing in American culture.

Why did school shootings come out of nowhere to turn into a cultural construct, rather like running amok with edged weapons against random passersby was long something that a few (but still too many) men did in some Southeast Asian cultures?

It’s worth considering some alternative timelines that didn’t happen to play out in America. For example, the two worst school atrocities in America appear to have been the 1958 Our Lady of the Angels fire (most likely arson) that killed 95 in Chicago, and the 1927 school bombing in Bath, Mich., that killed 44. (The school fire is remembered locally in Chicago but not nationally, while the bizarre school bombing was largely forgotten until dredged up after Columbine by people looking for something new to say about school shootings.)

I could imagine alternative timelines in which school arsons or school bombings became an American curse rather than school shootings. After all, there are plenty of guys who like setting fires and plenty of others who like blowing stuff up.

For example, bombings became fairly common among radical leftist terrorists at the end of the 1960s. According to Bryan Burroughs, author of Days of Rage:

In a single eighteen-month period during 1971 and 1972 the FBI counted an amazing 2,500 bombings on American soil, almost five a day.

Note that these tended to be smallish bombs set off late at night that mostly broke glass. But antiwar activists did blow up a physicist in the 1970 bombing of Sterling Hall at the U. of Wisconsin-Madison.

School destruction was in the air of popular culture at the time: The 1979 movie Rock ’n’ Roll High School, for instance, ends with the Ramones helping the students blow up and burn down their high school.

But neither school arson nor school bombings became an attention-focusing aspect of American life the way school shootings did.

Why? Was America always fated to have a mass killing shooting problem? Perhaps: America always had a lot of guns. Rifle practice was common in American schools until late in the 20th century. But previous eras didn’t see students getting shot en masse.

One unsatisfying but not implausible theory is that school shootings are just a contingent cultural construct: For most of American history, virtually nobody shot up schools for the same reason that virtually nobody demanded a sex change: Because whoever heard of such a thing? But once a bad idea becomes thinkable, it can sometimes have quite a run among the unhealthy.

For instance, even though there were a few dozen aircraft hijackings in world history before the late 1960s, the concept barely existed in the popular mind. Then, in July 1968, Palestinian terrorists hijacked an Israeli jet and held hostages through forty days of negotiations, finally walking free. This riveted world attention, brought immense publicity to the previously ignored Palestinian nationalist cause, and put the idea in the heads of quite a few jerks that hijacking an airliner would cure whatever ails them.

Soon, skyjackings were a thing. For instance, there were at least ten hijackers who tried to copycat D.B. Cooper. After a few years, airport metal detectors cooled off the trend, and then, hopefully finally, the passengers of Flight 93 deterred most post-9/11 would-be hijackers.

More bizarre examples than skyjackings include castration crazes. The Russian Skoptsy religious sect, which demanded castration of men and mastectomies of women, had about 100,000 members in the early 20th century. Similarly, in the English-speaking world over the past decade, discontented girls demanding top and bottom surgery became a thing.

At least with school shootings, everybody agrees it’s a problem. In contrast, respectable opinion views our new castration cult as a solution.