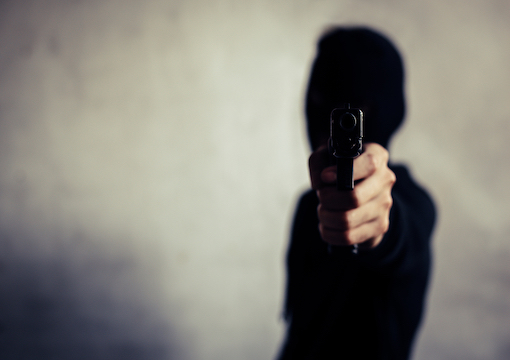 As the evidence continues to mount that 2020’s record growth in murders was mostly due to “BLM” meaning, in practice, Black Lives Murdered, it’s worth reviewing one of the more subtle reasons why so many people can’t think clearly about America’s murder problem.

Besides the obvious partisan, moralistic, and antiwhite racist causes for why numerous people can’t incorporate into their worldview the important fact that blacks, who make up 13.4% of the population, commit the majority of murders (blacks were 55.9 percent of known murder offenders in the FBI’s 2019 statistics), one particular cause of brain fog involves the category of “mass shootings.”

Mass shootings are followed by the media, so you don’t have to wait around for the FBI to announce the official murder stats next September. Thus, they are useful in tracking what is happening on America’s streets in near real time.

Mass shootings spiked upward spectacularly from late May onward, providing an accurate leading indicator that the media-declared Racial Reckoning was getting a huge number of blacks murdered after George Floyd’s fentanyl-assisted death on Memorial Day. As I reported in early September, in June through August, the number of mass-shooting incidents was 72 percent higher in 2020 than in 2019.

“Although the media talks about mass shootings all the time, few have ever thought about the two kinds.”

But if you are the kind of smugly cultured person who avoids watching if-it-bleeds-it-leads local news, the only murders you hear about on the carefully curated national news are likely to be mass shootings. And most of the mass shooters you will hear about from NPR are likely to be white men. And, overwhelmingly, the mass shooters whose names become bywords for villainy in the prestige press and echo down through the decades, such as Dylann Roof, are white men. Hence, tens of millions believe that white men are the main murderers.

But when relatively objective sources, such as Mass-Shootings.info, Gun Violence Archive, and Wikipedia, try to make up lists of mass shootings using the rule that four or more victims, whether killed or wounded, equals a mass shooting, they wind up with something that looks quite different: lists dominated by the sheer quantity of black-committed mass shootings. For example, Mass-Shootings.info reports that 73 percent of 2020’s mass shooters who have been charged are black. (Due to low clearance rates in black neighborhoods, the real percentage is likely even higher.)

Even if you try to be honest, it’s still easy to become confused because there are two fundamentally different types of mass shootings: the ones in which there are more killed than wounded versus the ones in which there are more wounded than killed. Although the media talks about mass shootings all the time, few have ever thought about the two kinds. But this awareness is useful for understanding that the murder surge of 2020 was due in large part to black exuberance as The Establishment declared the cops to be the official Bad Guys.

Mass murders in which at least four people were killed by gunfire dropped from 31 in 2019 to 20 in 2020, according to Gun Violence Archive. But mass shootings in which at least four were hit by bullets, whether killed or wounded, grew from 417 to 612, an increase of 47 percent. Total gun murders increased 31 percent: still a record, but less than the growth in mass shootings, which suggests that the canonization of George Floyd unleashed a lot of inaccurate black-on-black party shootings.

To illustrate the two types of mass shootings, I went to Wikipedia’s list of mass shootings in 2020 and sorted the cases, first in order of most deaths and second in order of most total victims. I then delved in depth into newspaper accounts of the 11 incidents in 2020 in which at least five people were shot dead (including the perpetrator killing himself or herself) and the 15 incidents in which at least 10 people were struck by bullets.

This is an example of a general methodology I’ve long found helpful for gaining insight that tends to befuddle academics: find somebody else’s list, sort it, and then investigate in detail the extreme cases. Numerous PhDs have informed me that they’ve never heard of such a technique and therefore it couldn’t possibly work. But then I keep recognizing patterns that they don’t.

Strikingly, there was no overlap between the extreme cases in the two different ways of sorting Wikipedia’s list.

In fact, in the 11 deadliest incidents, 63 died (including, by suicide, eight of the 11 shooters), but only two were wounded.

In contrast, in the 15 incidents that left at least 10 killed or wounded, only 16 people died (none by suicide, but one perpetrator was killed by gunfire from a security guard), but 191 were wounded.

In other words, these are very different types of events. High-death-count mass shootings are usually carried out by individuals who decided beforehand that they are never coming home, expecting to either die, whether by their own hand or through suicide-by-cop, or to spend the rest of their lives in prison. So they hang around to methodically finish off the wounded.

In eight of the 11 incidents in which five or more died, the perps killed themselves. In two other cases, the killers were caught by the cops, and only one—the murder of seven Laotians working in a big marijuana grow house in Southern California, perhaps by cartelistas or other organized criminals—remains a mystery.

On the other hand, mass shootings that leave numerous bystanders wounded are usually the work of guys (often several friends) who figure on lying low at a girlfriend’s house until the whole thing blows over. This second category of mass shooter almost always uses handguns because they can be concealed, while the first type often uses long guns because they don’t care if a witness stares at them because they aren’t coming home.

So when the second type hear police sirens, they leave off blasting away into the crowd and run. After all, they never particularly wished to kill all the innocent bystanders who were standing around near the guys they are angry with, they just were indifferent to their fates.

Strikingly, their gun-and-run strategy often works despite the high number of survivors who could presumably identify them. Among the 15 cases in 2020 in which at least 10 people were shot, only five appear to have led to charges so far. For example, I see nothing in the press that says that any of the shooters who killed one and wounded 21 at a block party in Washington D.C.’s slummy Greenway neighborhood in August have been arrested yet.

As they say in the kinds of neighborhoods where these kinds of shootings happen, snitches get stitches. Hence, these mass shooters don’t need to kill all the witnesses to keep the cops from catching them because they assume the witnesses will know what’s good for them and keep their lips zipped.

The 11 most murderous events can be classified into four subcategories.

Seven of the 11 shootings with at least five dead were domestic tragedies with one relative killing other relatives (the shooters numbered five men and two women).

One slaughter appears to have been executed by organized criminals: the grow house carnage. Another, the murder of seven in Valhermoso, Ala., appears to have been carried out by semi-organized criminals, two young men who claimed to have started their own motorcycle gang but then got mad at one of their members and killed him and everybody else in the house in the hopes of making a clean getaway.

Only two of the 15 most deadly mass shootings of 2020 resemble the “I Don’t Like Mondays”/Columbine/domestic terrorist stereotype of the mass shooter: the gunman who kills people at semi-random for belonging to a category of humanity against whom he has a grievance, such as students, co-workers, worshippers, members of a different race, and so forth.

As Dave Chappelle pointed out recently on Saturday Night Live, 2020 was a surprisingly nonviolent year on that front, with no whites perpetrating any such atrocities.

In February, a black worker at the Molson Coors brewery in Milwaukee, claiming racism, murdered one Hispanic and four white co-workers, then shot himself. This being the Current Year, The Washington Post ran a long article credulously repeating the mass murderer’s claims that he was the victim of his racist co-workers. The Milwaukee Police Department had to issue a statement that the victims should not be assumed to have had it coming: The MPD “is not aware of any of the victims targeted in the mass shooting being involved in any inappropriate or racist behavior toward the suspect.”

In 2020’s other Columbine-style mass murder, in mid-March a Hispanic killed four random whites at a gas station in Springfield, Mo., while giving a semi-gibberish speech about wanting other people to feel his pain. This being the Current Year, The Washington Post did not run a long article about whether the crazy Latino shooter was racist against whites.

In contrast, every single one of the 15 worst mass-wounding crimes of 2020 took place at a social gathering. Three involved funerals and the other 12 were for fun. Many of the people struck were random partyers eating ribs who happened to be near a target.

And that leads us to the final difference between the two types of mass shootings: race. There is much racial diversity among the mass murderers but not among the mass wounders.

In the biggest mass murders of 2020, five of the seven domestic massacres were carried out by whites and two by blacks. The two Columbine-style shootings were committed by a black and a Hispanic. The Valhermoso massacre led to the arrest of a blond man and a dusky man who might be perhaps part Asian. (Their victims numbered five whites and two blacks.) Only the Laotian grow house slaughter remains unsolved.

In contrast, the 15 shootings with the most total victims were overwhelmingly black in terms of victims and almost certainly of shooters as well. At least 13 of the 15 took place at black social events.

The other two crimes remain racially ambiguous due to the reticence of contemporary newspapers in talking about the race of criminals (except when they are white).

Ten family members holding a picnic in a Denver park were victims of a drive-by shooting. They declined to inform the police about whom they saw shooting them.

And in Grenada, Miss., a gun battle broke out at the clubhouse of a motorcycle organization that went by the initials SSMC. That could be a white motorcycle club like the Sadistic Souls or a black club like Satan’s Sidekicks or one of the countless other clubs with the initials “SS,” which chopper riders apparently love. It’s by no means impossible that these were black motorcycle enthusiasts: 18 people were wounded at a party in Cleveland in March attended by four black motorcycle clubs, including the Zulus and Wheels of Soul.

For some reason, the Mississippi story vanished from the press after the FBI announced that it would assist local law enforcement in the investigation. Perhaps local cops or FBI undercover agents were embarrassingly involved? Who knows?

So, at least 13 of the 15 worst incidents for getting bystanders shot took place at virtually all-black social events. All the arrested suspects in these shootings are black and the unidentified ones for which there are videos that don’t show their faces appear to be black as well.

As I’ve said before, African-Americans should be ashamed of this cultural tendency to open fire into a crowd of partyers in the hopes of killing one or two rivals: Just knock it off!

Yet, due to the hallucinatory antiwhite lunacy of the times, many would hypothesize that the gunmen who are shooting up block parties in the ghetto must be white supremacists in red caps shouting, “This is MAGA country!”

Still, you’d think their black victims would mention the interesting fact that the gunmen were white.

But they never do.