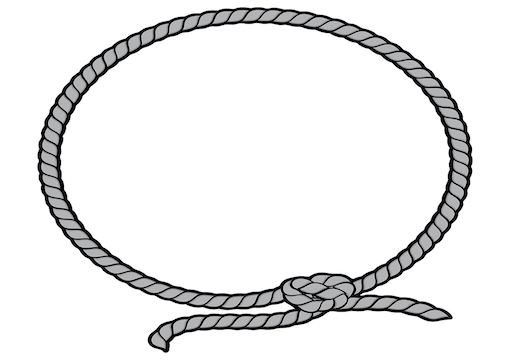 The years of antiwhite hate hysteria over nooses supposedly being planted by white racists to terrorize blacks will eventually induce some white guy to actually do it. But, judging by what we know so far about the latest brouhaha—over a purported noose found in the garage of Bubba Wallace, the half-black NASCAR race driver—Noose News seems to remain Fake Noose.

I first wrote about Wallace in 2013 in my Taki’s column “Nature, Nurture, and NASCAR,” when he was only 19, but already was being hyped as NASCAR’s Great Black Hope, the Tiger Woods of stock car racing.

Strikingly, when I last followed the sport in the late 1960s, there was a black driver, Wendell Scott, who was consistently strong, finishing among the top ten racers each year from 1966 to 1969.

Unlike Scott, who got his start as the fastest bootleg corn likker driver in the county, Wallace is not a natural prodigy, but instead is a product of the Tiger Woods era of child competitors given every advantage by their parents. Wallace’s father, a wealthy white business owner, paid for his son to compete in youth motorsports from age 9 onward.

Soon he was the star of NASCAR’s Drive for Diversity program. The widespread hope has been that Wallace will be the American Lewis Hamilton, the half-black English driver who is a six-time Formula One world champion. He now drives the most legendary number in stock cars, Richard Petty Motorsports’ No. 43.

Unfortunately, Wallace hasn’t yet proven more than mediocre at the highest level, finishing 28th among drivers in each of the past two seasons.

Worse for Wallace, NASCAR has been in decline since its peak moment in the national consciousness, which can be dated precisely to Feb. 18, 2001, when Dale Earnhardt Sr. died in the last turn of the last lap of the Daytona 500.

It’s not just the ensuing safety reforms that have eroded stock car racing’s 1990s popularity. NASCAR is basically an ethnic pride parade for the people who aren’t allowed to hold ethnic pride parades, and the 21st century has been a bad one for the white working class.

This year, Wallace jumped on the Black Lives Matter bandwagon, which is, perhaps not coincidentally, much beloved by corporate America’s deep-pocketed sponsors, with the support of NASCAR. He had his car painted with the BLM slogan for the Talladega race.

Then, over the weekend, one of his crew supposedly found a “noose” in his car’s garage stall. Bypassing Wallace, the worker went straight to NASCAR higher-ups, led by Steve Phelps, and they organized the usual corporate freak-out, demanding the FBI and Department of Justice investigate and threatening to ban for life the unknown malefactor.

As you have likely noticed in your experience with hate hoaxes going back to Tawana Brawley’s in 1987, the most gullible suckers tend to be the national media, followed by the Fortune 500, and then the local press.

The only institutions that have consistently kept their heads have been local cops, who weren’t invited to assist in finding the nooseman. Local police are used to people telling them tall tales all the time, so they aren’t surprised when somebody makes up lies about fashionable hate crimes. Not surprisingly, the current riots are focused on bringing down the autonomy of local police and replacing them with somebody more on board with The Narrative.

Amusingly, we haven’t yet seen any security-camera video from Talladega, nor have we been shown a mere camera phone still shot of the “noose.” Even some reporters were skeptical. A cryptic paragraph in Fox Sports noted:

Phelps would not comment on any specifics of the investigation, nor would he say whether the noose came from the rope that is typically attached to the garage door to close off the garage. He said any suggestion that NASCAR staged the event offended him.

Over the course of Monday, various online volunteers, led by @TheLastRefuge2, crowdsourced the most plausible explanation: This wasn’t a noose at all, it was merely a loop tied at the end of a cord hanging down from each garage door for ease in pulling the door down. They came up with a photograph of that stall’s garage door pull rope last November, showing what an excitable person who never made it to Tenderfoot in the Boy Scouts might think was a terrifying lynching noose, but is really just a loop to put your hand in when tugging on the door.

The Last Refuge posted side-by-side photos of Wallace’s stall No. 4 last November and this weekend, showing that the lower few feet of cord, which had been formed into a loop in 2019, is now missing. Moreover, somebody had untied the loop in the rope attached to garage door No. 5 next door.

This raises a few possibilities. Perhaps a vicious white racist had snuck into the closed-off area full of expensive equipment and cut off the loop in the garage-door twine to use as a symbol of racial hatred.

Or, possibly, the looped rope had broken off in somebody’s hand as he was pulling on it to shift the garage door, and he tossed it in the garage. Or who knows what other variation on these polar possibilities?

If the latter, this wasn’t necessarily a hate hoax, which is just one category of hate hysteria, along with hate hypochondria and hate hallucinations. We’ve seen many delusional manias about nooses like this recently, such as the recent Twitter spasm of fear and loathing about a pickup truck driving around Southern California with a tow rope.

In truth, the theory that whites tie nooses to terrorize blacks and their ancestral memories of lynching was more or less invented in 2007 by Al Sharpton and Jesse Jackson to get six star black Jena High School football players out of jail for stomping a white boy unconscious.

I can recall feeling as baffled as Jena whites did over the Revs’ allegations. To whites, like the Coen brothers in 2018’s The Ballad of Buster Scruggs, nooses have to do with cowboys and outlaws, not blacks. The notion that a noose is a well-known symbol of white supremacy is just a recent concoction, appealing to people like Jussie Smollett, as is so much else in The News these days.