Can We Say No? 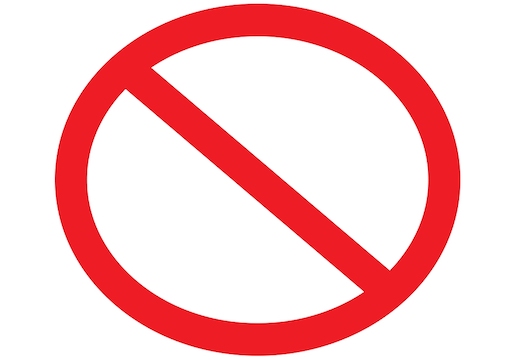 Ladies and gentlemen, presenting the most important Irishman in the world! To be honest, I don’t know much about him. My knowledge of Irish politics can fit in a leprechaun’s jockstrap with room to spare. So when I speak of Justin Barrett, I’m speaking with complete ignorance regarding what kind of man he is. Is he a nice fella? A lout? Does he beat his dog and cheat on his wife (or, worse, the converse)?

Who knows? I certainly don’t.

But I do know this: Justin Barrett, leader of Ireland’s National Party, asked the defining question of the 21st century. That, alone, makes him significant.

Last year, Barrett attended a public meeting in his hometown of Borrisokane, Tipperary. The meeting was ostensibly a chance for the locals to be heard regarding the government’s surprise plans to house Third World “refugees” in the town. Many at the meeting felt ambushed by the scheme. More than that, they felt helpless, as if nothing they could say would deter the government’s resettlement machinations. As if their opinions just didn’t matter.

Over audible objections from those running the meeting, Barrett rose to speak. He pointed out that every time such “refugee” programs had been forced upon Irish communities, an immediate increase in violent crime, vandalism, and intimidation of the locals followed. “I love my country and I want my country to be an Irish Ireland and I am not ashamed of that and I shouldn’t have to be ashamed of that,” Barrett proclaimed.

“I have one question to ask: Can the people of Borrisokane say no?”

Can we say no? There, nailed it. Is the destruction of the West predetermined? Are we just going through the motions of letting “the people” decide, just pretending that the citizens, the voters, the taxpayers can say no to what the powers that be have already decided must occur? Either we can say no or we can’t. And if we can’t, just admit it; drop the illusion that anything we say, or anything we do, can stop the civilizational decline.

Can we say no to the Third Worlding of the West? Generally, in Western Europe, you can’t. If you say no a little too stridently, you get arrested as a hate criminal, banned from speaking publicly, and banished from political organizing and activity.

But what about here in the U.S.? Can we say no to our demographic decline? Well, we certainly tried in 2016. Candidate Trump ran on the most unambiguous platform (with the most specific pledges) in recent American history. No Michael Dukakis “uncertainty of purpose” there! Trump voters knew what they were voting for. So, we said no to open borders and lawless aliens, only to be told by the Democrats, most Republicans, the media, and Trump’s own inner circle that “yes” was the only allowable answer.

Okay, we can’t say no to throwing open our nation’s borders, but what about the borders of our own neighborhoods? As I covered in detail last year, leftists, joined by libertarians (who, as always, cannot resist the opportunity to spoil something, be it an election or a nice neighborhood), are invalidating local “single family residence” ordinances that limit or prevent low-income slums and tenements in peaceful, family-friendly communities.

“We can’t say no to intruders in our nation, our neighborhoods, our businesses, or our homes. How much more invasive can it get?”

Okay, so we can’t control our national borders or our local ones. Can we at least say no to people who want to enter our places of business with intent to commit theft? Nope, can’t say no there, either. “Progressive prosecutors” in big cities are effectively decriminalizing shoplifting by making it a citation-only, non-arrest offense. Someone wants to walk into your store and clean out the shelves? Don’t you dare say no to that!

Oh, and don’t say no if someone wants to torch your entire establishment. One of the most pathetic scenes following the riots and looting that crippled West L.A. last week was the sight of store owners cleaning up the charred remains of their property while falling all over themselves to praise the rioters and their “cause.” An entire city of characters from the “It’s a Good Life” Twilight Zone episode. “It’s good that you burned down my business! It’s good that you bankrupted me! It’s good that you did that!”

Because, just like the townsfolk held hostage by the demonic child, they understand that they can’t say no.

Okay, so we can’t control the bad actors who come into our country, our neighborhoods, and our stores. But at least we have final say in our own homes, right?

I don’t pretend to know all the facts in the Ahmaud Arbery killing, but what I do know is that the guy who owns the house under construction where Arbery absolutely, 100% trespassed before his death is so afraid of violent reprisals that he’s felt the need to bow before the social justice mob, crying about how Arbery and other gentlemen of color were welcome to trespass and even steal, not that they did (except that they did), but if they did, by gum that’s just jim-dandy! “Help yourself,” says the homeowner, “what’s mine is yours!”

Because you can’t say no to trespassers. England’s already where the left wants us to be in a few years. To quote The Guardian’s guide to trespassers’ rights: “Homeowners actually owe a duty of care to trespassers to ensure they do not come to any harm.” Indeed, homeowners “might reasonably be expected to offer some protection” to those who enter their homes without permission, and that includes “not leaving sharp tools lying around” where trespassers might hurt themselves as they rob you.

On paper, trespassing is still illegal in Glynn County, Ga. The Arbery homeowner prostrated himself before the mob because he was afraid of BLM thugs. That’s an important point to remember. Even if the law tells you that you have the right to say no, the fear of real-life repercussions (like having your house burned down by a bunch of noble traffic light inventors) may dictate otherwise.

We can’t say no to intruders in our nation, our neighborhoods, our businesses, or our homes. How much more invasive can it get?

Never ask a question like that in front of leftists; they’ll take it as a challenge. Consider those bedridden elderly white folks in Michigan last month who were purposely locked by the state in a room in a nursing home with a violently antiwhite 20-year-old black COVID-positive mental patient who beat them half to death in their beds.

Beds! Now we can’t say no to intruders in our beds!

See, I told you not to ask how much more invasive it can get.

Think of all the incursions I’ve outlined and how in each case, we’re supposed to be able to say no.

Of course! This is a “democracy”! The people speak through their elected representatives!

Okay, we elected a president because he promised to curb immigration. We said no.

Yeah, well, you can’t do that. It’s racist. And Jared Kushner doesn’t like it.

Can we say no to population density and overdevelopment in our neighborhoods?

Of course! Local control is where it’s at! Community organizers! Don’t let fat-cat politicians dictate the policies where you live; act locally!

Okay, we passed a local initiative to limit density and overdevelopment.

Yeah, well, you can’t do that. We need room for all those immigrants.

Can we say no to people stealing from our stores?

Of course! We’re a nation of laws. Our laws give us stability, and the American small businessperson is the backbone of the community!

Okay, we hooked up a security system that alerts the police in case we get a shoplifting flash mob.

Yeah, well, you can’t do that. We’ve decriminalized theft because of prison overcrowding; the cops won’t come.

Can we say no to people looting and burning down our businesses?

Okay, I just asked the George Floyd protesters to not burn down and loot my store.

Yeah, well, you can’t do that. Looting and rioting are protected political statements, and if you complain, it means you’re as bad as the cops who killed Floyd.

Can I say no to people trespassing in my home?

Of course! Your home is your castle. The sanctity of one’s private dwelling is inviolable!

Okay, a guy keeps stealing from my house under construction, so I alerted the police and my neighbors.

Yeah, well, you can’t do that, because if the trespasser’s black, and you report it, you’re worse than Hitler.

But at least when I’m old and weak, I can say no to the state placing violent race-hating mental patients in my nursing home who’ll beat me to a bloody pulp, right?

Don’t count on it. If there’s a really bad flu-like disease going around, the state reserves the right to place violent race-hating mental patients in your nursing home who’ll beat you to a bloody pulp.

“If you want a picture of the future, imagine a boot stamping on a human face—for ever.” That’s the standout line in O’Brien’s spirit-crushing monologue from Nineteen Eighty-Four. But Orwell was only partly right. In the book, he uses the word “boot” 29 times, almost always in conjunction with the “tramping of heavy boots” that accompany the state’s stormtroopers. Thus, in O’Brien’s diatribe, the face-stamping boot is implied to belong to agents of the state—soldiers and thinkpol.

In reality, that’s not how it’ll be. The state’s not going to stamp our faces itself; it doesn’t like to get its boots scuffed. It will use proxies—immigrants, thieves, tenement dwellers, looters, rioters, trespassers, lunatics, and other assorted criminals to whom we can’t say no.

There’ll be no “tramping of heavy boots.” Just calls to open the border and defund the police, followed by the excited skittering of Jordans and huaraches.

As one group of Americans—whites—are prevented from saying no, other groups will hear nothing but yes. Jaden Hayden, the black mental patient who was purposely housed by the state of Michigan in a nursing home and locked in a room with elderly whites who could not fight back, represents more than just one horrific human who committed one horrific act. He represents an inevitable concluding chapter in the book of life for American whites. You’ll be beaten down, unable to say no, throughout your entire miserable existence. And on your deathbed, when you can’t even raise your arms in defense, you’ll be beaten down once more, just for good measure.

All because we asked that Irishman’s question too late in the game.

“If you want a picture of the future, imagine Jaden Hayden stamping on a human face—for ever.”

Not every human face, of course. Just the ones deprived by their own government of the ability to say no.