“Chaotic Diversity” in My Backyard 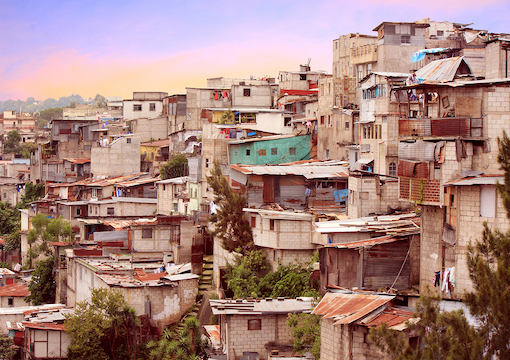 As the Jewish kid strolled up my walkway and slipped a flyer under my door, I had two thoughts: This is gonna be trouble, and I really need to get that gap under my door fixed.

The flyer informed me that I had just been liberated from the oppression of my neighborhood’s zoning regulations. I live in a planned, incorporated community, zoned for single-family residences only. We have a homeowners association that collects annual dues, and we have CC&Rs—rules—that protect our quality of life and the equity in our homes. Anyone who moves here does so with informed consent of those rules.

And now the Sacramento commissars have decided that our rules are oppressive, and we must be freed from the tyranny of local control. That Jewish kid was leafleting for an organization called YIMBY—“Yes in My Back Yard.” YIMBY is an L.A. advocacy org dedicated to the abolishment of the single-family-residence neighborhood. YIMBY is all about trading the brutality and ugliness of low-density suburbs for the freedom and beauty of Brazilian favelas.

YIMBY, along with a coalition of leftist activists, successfully lobbied for AB670, a new state law signed by Stalin Newsom that overrides and abrogates all local zoning regs that limit “accessory dwelling units” (ADUs). You can now build that mini-slum of your dreams on your property, and you don’t even have to have a separate sewage hookup for your new rental units. AB670 specifically nullifies the rules in incorporated communities like mine that have HOAs and CC&Rs. Along with the taxes that other homeowners pay, we also pay for the privilege of having our own regulations. And now a bunch of politicians who don’t live here and don’t contribute dues have abolished the very thing we’ve been paying for all these years.

The guy who runs YIMBY doesn’t live here either. He lives in L.A. proper. His name is Ira Belgrade, and he initially agreed to answer a few questions for me, but then he chickened out (apparently, him shoving a flyer under my door isn’t invasive, but me asking a few questions about it is). So I know nothing of Belgrade except what’s in the press. He’s apparently a former casting director, and he’s involved with the “eruv” movement (that’s where Orthodox Jews string wires around a neighborhood so they can violate their laws while screwing up the scenery for the rest of us).

But that’s not invasive at all…not like my questions.

Belgrade claims his activism began after his wife died. He wanted to build an ADU on his property to get some extra income, but he was stymied at every turn by burdensome regulations. I get the frustration of fighting government red tape. To that extent, I’m on his side. But once again I’ll point out that Belgrade and our Democrat overlords have taken away the right of local neighborhoods to choose to have anti-density ordinances in their own “backyards.”

I’ll return to Belgrade shortly, but let’s leave California for a moment. The battle against single-family-residence communities is a national one. In last week’s column, I suggested that the only rational approach to dealing with unsalvageable urban hellholes is shrinkage and quarantine. The left’s strategy is the exact opposite—growth and dispersal of urban blight. Way back in 2008, a lengthy piece in The Atlantic examined the efforts by leftist social engineers to deal with the “ghetto problem” by essentially airlifting the denizens out of the squalor and depositing them in peaceful suburban neighborhoods. Unfortunately (as Steve Sailer has pointed out), immersion in a civilized environment doesn’t magically turn ghetto rats into civilized beings. Whether intentionally or not, the Atlantic piece demonstrated that dispersion doesn’t raise up the new arrivals. Rather, it lowers the quality of life for everyone else.

That Atlantic article was in 2008. And here we are, with 2020 barely weaned from the New Year’s champagne bottle, and we see a renewed push by leftist politicians to, in the words of Eric Lendrum at American Greatness, “impose low-income housing on affluent neighborhoods.” The disastrous results of this policy detailed in The Atlantic didn’t even remotely slow its advocates.

“The idea was never to civilize the ghetto but to ghettoize the civilized.”

The truth is, the left has never seen ghettos as a problem but as a solution. The rot, the cancer, of urban blight is, to them, not a disease but a cure for what they see as the real problem with America: neighborhoods, towns, and cities that dare to exist without “diversity.” The idea was never to civilize the ghetto but to ghettoize the civilized. Needless to say, this is why leftists take so much pleasure in importing new barrio dwellers from other nations. Disperse the native ghetto rats, and keep a steady flow of new ones coming in from abroad. And while you’re spreading the diversity, dismantle the very notion of criminal justice, to make sure that the most rabid, vicious rats get to remain in circulation no matter their transgressions.

Just as ghettos must not be contained, neither must individual criminals. The left doesn’t even believe in the simple quarantine represented by the prison cell. Murderers, thieves, and rapists are the ambassadors of degradation.

This is a war against the right of a community to say no, to opt out of the left’s “density & diversity” nightmare. Pockets of uninfected areas serve as reminders of how good life can be without street crime, street filth, welfare flophouses, and immigrant tenements. Such oases of civilized standards must be destroyed at all costs. Small Midwestern town? Bring in the Somalis! Suburban sanctuary in the heart of a dense metropolitan area? Override local zoning restrictions! The left will allow no safe haven. My little incorporated community offends because it exists. And while I’m not expecting anyone to pity affluent L.A. Westsiders, keep in mind that if they’re willing to come for well-off Beverly Hills Jews, they sure as hell will be coming for you, too (and because I can read your mind, yes, I fully understand that my solidly Democrat neighbors have no right to squawk about AB670 because they voted for the sonsabitches who passed it).

The scheme to impose diverse density upon areas uninfected by it is pushed by a coalition of the greedy, corrupt, and fanatical: open-border extremists, antiwhite race hustlers, avaricious real estate developers, sellout environmentalists (Steve Sailer’s done an excellent job detailing how the environmental movement sold its soul on immigration), and the slithering hypocrites who call themselves libertarians. Libertarians support laws like AB670 because property owners should have, like, the freedom, man, to build a slum in their backyard. But a group of neighbors must not be allowed the freedom to enact mutually agreed-upon zoning standards in defiance of the state. That kind of freedom libertarians won’t allow.

The Cato Institute’s Ilya Somin, an anthropomorphic deer tick who identifies as libertarian, routinely crusades against the right of communities to preserve their “local character” (he blocked me on social media last year when I dared to ask a few questions about his opposition to the concept of “local control”). Execrable libertarians like Somin only care about freedom when the end result is debasement and degradation. The concept of “rights” must only apply to those who lower the quality of life, never those who seek to raise or preserve it.

Degentrification is a thing. People who consider themselves your betters are out there planning it, and they’ve been doing so for years. At the 2011 PEN World Voices Festival, a multiracial gender-abnormative panel of “intellectuals” outlined “the number one step to degentrification”:

Make being “uncomfortable” (in chaotic, diverse environments) a valued cultural commodity. Uninterrupted “comfort” has become part of a false life in an unjust society. Being uncomfortable is part of the process of being a full human being.

This is not paranoia. They do want to make your life worse, and behind their “diversity is strength” BS lies the understanding that what it will really do is make “being uncomfortable” a normal part of your existence. The little old lady who wants to go to the store in peace is the villain, not the subhuman who beats her over the head and rapes her broken body. The criminal is an instrument of justice, a bringer of discomfort, an avenging angel of degentrification. The goal is simple, and simply stated: force people to live in “chaotic, diverse environments.”

And what is open-border immigration if not the importation of “diverse chaos” in the name of transforming the environment?

I used the term “terraforming” in last week’s column, and that’s what this is: remaking the landscape. We must all live in the ghetto, the barrio. So it’s no wonder the degentrifiers have made it a priority to obliterate the very notion of local control and the single-family-residence neighborhood.

In 2015, Ben Carson spoke out against an Obama administration policy that forcibly shoehorned minority tenements into “nondiverse” communities. Said policy “would fundamentally change the nature of some communities from primarily single-family to largely apartment-based areas by encouraging municipalities to strike down housing ordinances that have no overtly (or even intended) discriminatory purpose—including race-neutral zoning restrictions on lot sizes and limits on multi-unit dwellings, all in the name of promoting diversity.” Last week President Trump rolled that policy back, which is great, but somewhat pointless as long as we continue to import diverse chaos.

Not to mention the fact that the regs Trump killed are only federal. Degentrifiers are having most of their successes at the state level.

Which brings me back to my neighborhood. Now that we’ve been freed from the tyranny of comfort, I can say with assurance that 99% of my neighbors will not take advantage of this new “right” to turn their backyard into a Matamoros hostel. But it doesn’t take 99%. It takes just one. One greedy bastard who’ll cram a bunch of Section 8 wretches into a shack with no separate sewer hookup. One devalued lot devalues a block. That’ll be enough to set the degentrification dominoes in motion.

Hey, that reminds me: Remember Ira Belgrade? The dude whose young pamphleteer kicked off this column? The guy with the heartrending story about how his wife died and all he wanted to do was build an ADU to ease his loneliness and put a few meager dollars in his coffer?

Well, I found out why Mr. Belgrade was not eager to answer my questions. See, planning and building ADUs is his profession, his business. For a base price of $3,600, plus $200 an hour and travel fees, he and his band of “structural engineers, energy and soil analysts, and top builders” will put an immigrant hovel in your backyard.

Sob story, my ass. AB670 furthered Belgrade’s business interests, and now he can swoop vulture-style into backyards that are not his and sell his services.

Forget learning to code. Learn to profit from “chaotic diversity,” and you’ll be set for life in uncomfortable America.