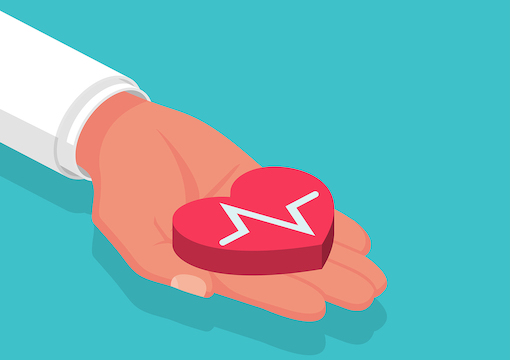 This week’s column starts in a Georgia ghetto, and ends in the Middle East.

Some of you might remember Anthony Stokes. He was a 15-year-old DeKalb County, Ga., hood rat with a bum ticker who kept getting passed over for a heart transplant because of his “high risk” lifestyle, which included burglary, weapons charges, arson, and neglecting to take his prescribed meds.

Seeing how donor hearts aren’t found on trees (or in Dollar Trees), doctors were reluctant to give a young crime lord in training one of the precious organs. So Anthony’s granmoms or auntie or whoever the hell was raising him went to the local civil rights shysters screaming racism. Social justice gorgon Tara Culp-Ressler, managing editor of ThinkProgress, ginned up a media campaign, which soon went national. Anthony was given his heart transplant in record time by doctors who were basically told, “Perform this operation or you’re Mengele.”

Anthony Stokes was now armed with a new, healthy heart with a kickin’ beat. He was also armed with a variety of handguns, one of which he used on an old lady whose front door he kicked in during a brazen home-invasion robbery. After shooting at his elderly victim but missing, Tony carjacked a passerby, ran over a pedestrian, and lost control of the vehicle, smashing full-speed into a SunTrust Bank sign, closing his personal account for good.

Just as the doctors had feared when they wisely advised against giving this waste of carbon a healthy human heart, Anthony Stokes not only squandered his “second chance at life,” and he not only destroyed a donor organ that could have gone to a more deserving recipient, but he also damn near murdered two people who would not have been in harm’s way had Stokes’ timeline been allowed to expire naturally.

The Stokes affair took place in 2015. Back then, the story didn’t resonate with me like it does now. I’ve written in the past about my “Youthful Ward” who lived with me for a few years. What I haven’t mentioned is that her teenage brother came to live with us as well, for medical reasons. He’d been born with only one functioning kidney, which was in the process of failing. In order to qualify for a donor organ, the boy had to be 100% drug-free for a lengthy period of time, a challenge in his sleepy Nebraska hometown, where smoking pot and skateboarding is what teens do all day. So, we moved him to L.A. to keep a watchful eye on him 24/7. And even though we successfully kept him off the weed, the number of hoops he had to jump through just to be considered for a kidney kept growing and growing.

At one point, he was removed from the organ recipient list for “depression” (like a kid who’s facing death shouldn’t be a tad melancholic). At every turn, the doctors fussed and worried over whether he’d be “worthy” of that kidney. We couldn’t scream racism or sexism; we couldn’t twist arms. We had no angle, no advocate. And the process dragged on for years. No one cared about whether this white kid lived or died.

After Anthony Stokes pancaked himself against that bank sign, I asked Ms. Culp-Ressler if she had any regrets about forcing the issue and overriding the doctors’ concerns. After implying that I’m racist for calling her out on the matter, she admitted that the blowback she’d faced since Stokes became billboard graffiti had been very hard on her: “The vast majority of the emails I’ve received over the past several days (since Stokes’ death) have been incredibly rude, condescending, and full of unfounded assumptions about me. Reading through them all caused my patience to wear thin.”

Poor dear; it’s all about her.

“If we just pump a trillion dollars into the East St. Louis school system, we can totally graduate a generation of rocket scientists.”

To answer my question about regret, she directed me to a quote about Stokes by “respected medical ethicist” Art Caplan: “The bottom line is I don’t really think today’s sad events mean we shouldn’t have given him a chance. We didn’t know what would happen to him.”

No, Einstein, we all knew. The doctors certainly knew, but they were forced to disregard their knowledge in the service of ideologues who are incapable of facing one of the ugliest truths about mankind: Some people are unsalvageable. Notice I said “ideologues” and not “leftists,” because rejection of the concept of unsalvageability is found across the ideological spectrum. Be it Jesus, the government, or any number of other icons, authors, or belief systems, most ideologues claim a savior for whom or for which nothing is impossible, including fixing the unfixable.

And to prove their point, these true believers will gladly put the rest of us in jeopardy.

The do-gooders who thought Anthony Stokes could be redeemed took a healthy donor heart out of circulation, thus denying it to any number of worthier candidates. And two lives were nearly taken during Stokes’ post-transplant crime wave. Others paid for that brief extension of life he received. And while that extension was due mainly to leftist race hustlers, it was also facilitated by generally decent people who couldn’t—wouldn’t—grasp that even though his heart could be replaced, his basic nature couldn’t.

This denial of reality has forged a nation lousy with unsalvageables. I broached that topic last year regarding Baltimore. That city is an example of what happens when an area reaches what I call Critical Mass Unsalvageables (CMU). When you get too many unsalvageables in one area, the area itself becomes unsalvageable. The little old ladies in Baltimore want the same things as little old ladies anywhere: to walk to the store, go to church, enjoy tea with friends. But the good people of that city are stymied in the face of CMU; unsalvageables outnumber decent folks to such an extent, people with aspirations are dragged down and reformers are rendered impotent. That’s what unsalvageables do in large numbers; like hive-mind aliens, they instinctively terraform the environment to suit their needs.

There is only one sensible approach to an area that has been afflicted with CMU: quarantine. Give the people who by their own merits can leave as much help as possible to leave. And then wall that shit up, figuratively if not literally. As I wrote in 2018, think “urban reservations.” Shrink them with gentrification until you’ve gotten them as small as possible, and then write ’em off. Even the most beautiful country still needs landfills, places that are out of sight and mind, where the rats reign supreme. Nuclear waste dumps for radioactive people.

If this seems extreme, it’s no more so than the left’s position on such matters, which is the exact opposite of quarantine—the importation of urban rot to areas where it doesn’t exist; dispersal rather than isolation.

But as I said, the rejection of unsalvageability cuts across ideological lines. And that’s why many on the right are so easily tempted to support foreign military adventures.

Townhall columnist Kurt Schlichter is a “twilight” kind of guy; he’s neither wholly in the dark nor fully in the light of day. He kinda “gets” things, sorta…but not quite. In a recent piece in which he wisely counseled that the U.S. should “get the hell out of Afghanistan,” Schlichter inadvertently exposed the reason conservatives will never stop embracing the mindset that leads to acceptance of such quagmires in the first place.

After admitting that Afghanistan “sucks and will always suck,” Schlichter nevertheless asserts that we totally could “win” that war, but we just don’t have the guts. “To say we cannot win in Afghanistan is wrong. Of course we can win,” Schlichter proclaims. “We have the combat power. What we do not have is the will—and again, maybe we don’t want to have the will to do it. We beat Germany and Japan by, in large part, annihilating their cities.”

Schlichter can’t bring himself to admit the truth about unsalvageability. But whereas a Christian missionary would say that deliverance can only come through Christ, military veteran Schlichter preaches the redeeming power of big American kablammo! Popeye punching a jungle savage so hard he becomes Gandhi (yes, that actually happened). As I said, Schlichter kinda gets it, but he’s blinded by his need to believe in salvation through firepower (this belief allows him to chalk up failures to gutless politicians who handcuff the military). If only we were allowed to unleash the full force of our might, we could totally civilize Afghanistan.

Yep…and also, if we just pump a trillion dollars into the East St. Louis school system, we can totally graduate a generation of rocket scientists.

Schlichter is too deep in his faith to understand the foolishness of invoking Germany and Japan as test cases that can be repeated in the Third World. The Germans and Japanese are civilized peoples, and they faced their defeat as civilized peoples. The notion that you can bomb uncivilized people into civility is certifiably insane, and every bit as destructive as the belief that you can alter their nature by throwing money at them, or by moving them from Third World slums to small Midwestern towns.

Afghanistan is at CMU. Schlichter, bless his heart, thinks that a firm hand can tame the bastard children of a savage culture and faulty DNA. This is exactly the line of thinking that leads to support for new foreign adventures that see Americans sacrificed in the name of the same folly that led to Anthony Stokes getting that human heart: We must never write anyone off.

Schlichter likes to present himself as an unsentimental “swallows lead, shits bullets” kind of guy, but if even he can’t resist the sentimentality of seeing all people, cultures, and nations as fixable, what hope for anyone else? What hope for the average sap weaned on “they’re just like us! Invite the world” propaganda? Or dumb-asses like the people of my state, who continually approve school bonds not in spite of staggeringly low test scores and literacy rates but because of them (more failure? More money!). We can’t admit that once a school passes the CMU tipping point, money can’t save it.

Had Anthony Stokes died waiting for a new heart, his advocates would’ve claimed that if we’d only given the kid a chance, he’d have grown up to cure cancer or invent the hovercar. The cold reality of how things turned out will not shake them from that fantasy. They’ll continue to support the abolishment of the criminal justice system (because those teens who raped and murdered that woman just need us to believe in them and they’ll become good, productive citizens), and they’ll continue to push for the mass importation of foreign iterations of Anthony Stokes, because “they’ll be inspired by our freedoms” (the leftist version of “they hate us for our freedoms”).

Because these poor blind fools just know that they can salvage the unsalvageable.

And they’re all too willing to bet your life on it.