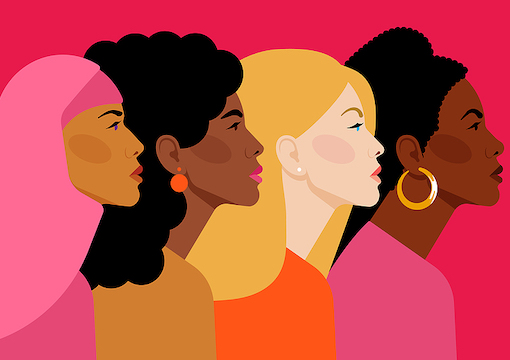 Ayaan Hirsi Ali, a refugee from Islamic Somalia’s maltreatment of women, asks in her important book Prey: Immigration, Islam, and the Erosion of Women’s Rights why few feminists dare mention the ongoing diminishment of the basic female freedom to walk down the streets of Europe unharassed by the ever-growing numbers of young Muslim louts. She notes:

…even as individual women in the West hold the offices of prime minister and president, managing director and chief executive officer, women’s rights at the grassroots are under increasing pressure from imported notions of female subordination. Worse, many of today’s female leaders in the West are doing little or nothing to stop this turning back of the clock on gender equality.

But who cares about the fates of the European equivalent of deplorables? Hirsi Ali points out:

Most of the crime and misconduct against women takes place in low-income neighborhoods…. And somehow, in the era of #MeToo, their predicament arouses much less sympathy than that of Hollywood actresses subjected to sexual harassment by predatory producers.

We live in an age obsessed with sniffing out the most trivial and/or absurd threats to the self-perceived safety of protected classes. For example, in an essay denouncing Dr. Seuss, New York Times columnist Charles M. Blow announced:

Some of the first cartoons I can remember included Pepé Le Pew, who normalized rape culture…

The optimistically amorous but foul-smelling and perpetually frustrated French skunk has indeed been canceled from a return gig in Warner Bros.’ Space Jam franchise with LeBron James.

“We live in an age obsessed with sniffing out the most trivial and/or absurd threats to the self-perceived safety of protected classes.”

Meanwhile, in real-life France, working-class women are losing their freedom to leave the house due to Muslim hooligans feeling ever more entitled to catcall and paw at women they deem dressed immodestly by the standards of the Iron Age cultures they brought with them. Hirsi Ali quotes a prominent Egyptian lawyer declaring in 2017:

“I say that when a girl walks about like that, it is a patriotic duty to sexually harass her and a national duty to rape her.”

As she points out, it’s hard to blame discrimination by Europeans for the bad behavior of Muslim migrants when they do much the same things at home, such as gang-rape CBS News correspondent Lara Logan while she was reporting from Cairo in 2011.

During Women’s History Month in the U.S., though, few are interested in women’s present in Europe. The topic of what is happening to European women is largely off-limits in Biden’s America. A month after publication of Prey, the book has been reviewed almost solely in right-of-center outlets, with virtually no coverage in Establishment venues like The Washington Post, NPR, The Atlantic, and the like.

The one exception was The New York Times, which commissioned a fulminating review from Jill Filipovic, who was outraged that Hirsi Ali would dare mention any downsides to immigration.

Filipovic argued that the Somali dissident’s amassing of exhaustive data on the magnitude of the problem of Muslim men harassing European women just proves she is not a good person:

It could also be said to be cut through with bigotry. Hirsi Ali seems to latch onto the trope of men of color threatening virtuous white women, a particular kind of fearmongering with a long and ugly history.

As I wrote in my 2019 column “Truth or Trope” on denunciations of Rep. Ilhan Omar, another fearless (if much less intelligent) Somali woman, for her publicly mentioning the “trope” that Jewish donors draw a lot of water in the Democratic Party:

The use of “trope” signals a faith in the literary theory that the concept of “reality” is irrelevant, perhaps fictitious, and definitely oppressive. There’s no such thing as nature, only social constructs, which can presumably be deconstructed out of existence by socially reengineering the discourse.

This notion that only a bad person would be well-informed on questions of vital import such as who is committing most of the gang rapes in Europe (74% of gang rapists in Sweden were born outside Europe) or mass shootings in America is increasingly common. After all, what you don’t know can’t hurt you.

Professional feminists like Filipovic don’t like to admit that feminism has succeeded overwhelmingly in the West, thus rendering their careers less relevant. Hence, they get angry when anybody points out that the main threat to women’s rights today is from importing toxic masculinity from the Muslim world.

Hirsi Ali observes that the situation for women on the streets of Northern Europe has substantially worsened since 2015, the year of Merkel’s Mistake. She writes:

It is one of the rich ironies of early-twenty-first-century history that the single decision that has done the most harm to European women in my lifetime was made by a woman.

Merkel’s choice to let (or as Hirsi Ali portrays it, to not stop) a million military-age Muslim men from marching into German was celebrated unreservedly in the global press until word finally leaked out on social media of the mass sex assaults by refugees in front of the Cologne Cathedral on New Year’s Eve 2015, which police had initially dismissed (in a prelude to 2020 America) as “largely peaceful.” All told, 661 women filed criminal complaints as victims of sex crimes.

Whatever happened to the hundreds of groping Muslims in Cologne? As Prey documents:

Only three men were convicted of sex crimes such as sexual assault, of which two received only suspended sentences.

In recent years, European law enforcement has been trying to do with crime what the U.S. attempted in the 1960s–1970s (and also since Memorial Day 2020): close your eyes and hope it goes away. The damage done to American cities like Detroit is a tragedy, but the European cities that survived World War II unflattened are the world’s greatest works of art, so the risk is even larger.

Hirsi Ali, who is married to Scottish historian Niall Ferguson, praises Western civilization for offering her refuge from Islam. She is an Enlightenment atheist who sees the liberation of European women being a relatively recent phenomenon, tracking back to the time of John Stuart Mill.

But the West’s divergence from the Near East over the fundamental question of the value of women has deeper roots. As art historian Kenneth Clark attested in Civilisation:

In the early twelfth century, the Virgin had been the supreme protectress of civilisation. She had taught a race of tough and ruthless barbarians the virtues of tenderness and compassion…. It’s a curious fact that the all-male religions have produced no religious imagery—in most cases have positively forbidden it. The great religious art of the world is deeply involved with the female principle.

By the way, speaking of great religious art, do we have any clue yet after two years what (or who) half-burned down the cathedral of Notre-Dame?