Catching Hell From a Hellene, the Flirty French, and Let “The One” Have Some Fun 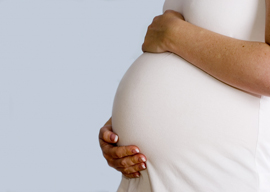 The other night I was out to dinner with one of my best friends and her husband starts awkwardly rambling about how he is attracted to pregnant women. Both his wife and I are pregnant, and I thought to myself: “How sweet; he loves his wife, he is excited she is pregnant and is throwing me a bone all at the same time.” Thirty seconds later he turns to me”his wife was happily talking to someone else”and says he would give me $2K for a night with him! I did not do or say anything at the time. Maybe he thought it was an innocent compliment. But I told my husband, who is Greek; he is furious and wants to kill him. What should I do? Should I tell my friend? We are going to see them next week, and I am scared my husband will pitch a fit!

What were you thinking when you told your husband? You obviously know him and how he was going to react. Even though the friend’s husband deserves a lesson on appropriate dinner conversation, it could get very messy if your husband turns out to be the teacher.

“Even though the friend’s husband deserves a lesson on appropriate dinner conversation, it could get very messy if your husband turns out to be the teacher.”

You must shift all the blame to your husband, his cultural differences, and the resultant misunderstandings; he is obviously reading too much into a harmless (if somewhat odd and misguided) compliment, and you hope your friend doesn”t hate you for it. Prepare her for the worst possible scenario while trying to make light of the whole thing. On the other side you have to try to talk your husband out of teaching this awkward man a lesson. Make him understand that it could end your friendship and hope your husband respects you enough to put his honor aside and do nothing. Keep these two men away from each other, and definitely do not mention any further inappropriate sexual comments unless you are ready for the consequences.

My husband’s friend always compliments me in front of his wife and it makes me feel uncomfortable and noticeably seems to irritate her; in fact I think she hates me. She flirts with my husband while her husband pays me huge compliments, and the whole thing is very bizarre. I don”t know what kind of game they are playing, but I do not want to be a part of it. Of course my husband is clueless. Any ideas about how I can get this couple to behave? By the way, I am Norwegian and all the other players in this scenario are French.