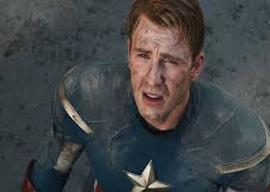 What are all these celebrities still doing here? Didn”t they promise us they were gone if Trump won? So many of them said they were heading to Canada, street artist Sabo created a fake real estate company to help them move. Now that it’s time to make good on their promise they”re strangely silent. Amy Schumer has been the only one to comment and she says she was “just joking.”

It’s been some low-hanging fruit watching celebrities react to this election, but low-hanging fruit is delicious. Lady Gaga asked that we “say a prayer America” and then blew Trump’s mind by standing outside one of his buildings with a sign that said “Love trumps hate.” This is a powerful message because Trump hates love. He was hoping that eventually he could wipe out all the love in America but Gaga was ensuring him that no matter how hard he tried, it would still be there. Where do these people get their views from”Dr. Seuss? He’s not the Lorax, Lady.

“We”ve taken the crystal ball they use to see the world and smashed it on the ground.”

Crying compilations are being passed around the internet and that includes Miley Cyrus blubbering about Obama and hate and how “it’s like the line Donald Trump included so ironically in his speech, “You can”t always get what you want.”” It wasn”t ironic, you dumb bitch, he played that song to tell people like you that your juvenile, fairy-tale universe isn”t happening. The people fighting Trump had created this bigoted straw man who wants to make a racist country even worse. Their version of events is a total and utter fabrication, but it’s also very dark. If you”re going to invent a fairyland, why not make it nice? The Jehovah’s Witnesses believe that after Judgment Day we all stay on Earth as twentysomethings and there’s no conflict. You can just go hop on a lion and ride it over to a banana tree for a snack. The Hollywood liberals have created a universe that’s right out of a horror movie. “We”ve let a hatemonger lead our great nation,” said Chris Evans, the guy who plays Captain America. “I just want to remind everyone that we are looking at a very close race with a presidential candidate who was endorsed by the KKK,” added the rich-from-birth Rashida Jones.

In their universe, Hillary did not kiss KKK recruiter Robert Byrd, Trump did. Will Arnett, who left his wife while his children were still very young, asked, “How do we explain this to future generations of women? And minorities? #weshouldbeashamedofourselves.” Hey, minorities, back in 2016 we elected a president who was sick of our apology culture and wanted to bring jobs back to America. Hey, women, same. A fitness nerd named Blair Herter added, “I will wake up tomorrow and proudly love and support and respect minorities and women and immigrants and no one can take that away from me.” He also stunned conservatives by showing a picture of his gym that included different minorities and even a guy in a wheelchair. In your face, Trump! This is what’s so amazing about these people. They”ve never even thought about how completely insane their version of events is. Does this guy honestly believe anyone gives a flying fuck who works out at his gym? What kind of bored loser would ever clench his fists at a stranger’s gym? It’s simply not possible.

That’s the beauty of this win. We”ve taken the crystal ball they use to see the world and smashed it on the ground. We”ve been so busy defending ourselves from their allegations, nobody stopped to look at how absurd the allegations are. It’s like someone accuses you of fucking dolphins and you start frantically defending yourself before realizing, “Wait a minute. Nobody fucks dolphins.” When I was on Hannity recently, I said most women would be happier at home. Liberals took that to mean that I think women should be prevented from working. I was so busy defending myself I never stopped to ask, “How the hell would such a law be enforced? You”d have a special division of the police come into your office and drag the women from their cubicles back into a gigantic housewife paddy wagon?” Do they honestly think America just elected a racist, Islamophobic homophobe who is going to make rape legal? Of course they do.