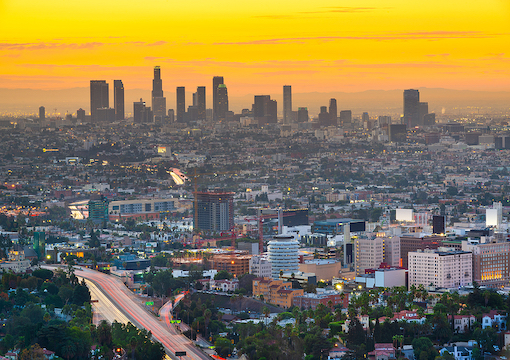 A lesson from my casting director years: An actor’s instincts are more important than talent when it comes to landing a part. At an audition, you have to be able to read the room. If the room is loose and jokey, joke along. If you sit there like a cadaver, you won’t get a callback.

Conversely, if the room is “heavy”—cold, businesslike, terse—respond in kind.

With actors, the ability to read a room isn’t necessarily about IQ. It’s instinct, like a dog. Some of the dumbest actors I know have the best instincts; some of the smartest are too busy overthinking the room to “feel” it.

“The primacy of reality—what people see, feel, live—wins out over numbers on paper, always.”

Instinct matters at an audition. But it matters even more in politics, where the “room” is the electorate.

Former Vox editor/cofounder Matt Yglesias has a fetish: He loves population density. Crowds, people piled upon people in tenements. His book, One Billion Americans, is basically “Throw open the border, add 700,000,000 newcomers, and live like ants.”

The only green Matty likes is Soylent. “I am not personally a nature lover or an outdoorsy person,” he proudly proclaims. He advocates replacing trees with concrete towers, because “tall buildings = more shade,” which would “make everyone happier” during “long hot summers.” This is, of course, idiocy; tall buildings make neighborhoods hotter by absorbing and reflecting heat onto surrounding areas.

This is the “heat island” effect, and it’s well-documented. But what’s science to a fetishist?

Matty’s dream of a nation of densely packed favelas with no greenery is shared by the Biden administration, which is pushing to end single-family residence zoning nationwide. Front lawns, backyards, parks…these things are racist. Zoning laws that prohibit the construction of Section 8 slums and barrios are what keep neighborhoods safe from leftist ideologues and greedy developers who want to cram inner-city trash and penniless immigrant detritus into low-crime, high-quality-of-life neighborhoods.

So the zoning laws gotta go.

California’s No. 1 on the target list. L.A.’s always been a city of houses. As I detailed in a previous piece, one of the reasons blacks came west in the early 20th century was because unlike in New York or Chicago, a black person could easily buy a house here. At my majority-black public schools in the early ’80s, most of my friends lived in houses. That so many black Angelenos lived in houses ended up contributing to their extirpation over the past two decades. There were no towering projects to dynamite, just houses to change hands.

Houses aided gentrification. Another reason why leftists hate them, and why anti-density zoning must be eradicated. And many of the politicians, race-haters, and developers working to eliminate single-family neighborhoods cite Matty’s work.

So let’s return to him.

Last week Mr. Concrete Jungle was on vacation in Europe, and I noticed that he kept proudly posting travel pics of expansive, pastoral, wide-open rural areas.

I thought that was odd. Dude wants to eliminate those things here in the U.S., but he travels abroad and singles out exactly those “outdoorsy nature” areas for his vacation pics.

So when he posted yet another “green” pic—his morning coffee foregrounded against lush undeveloped parkland—I jokingly commented, “You could fit at LEAST fifty more people on that property. I see room for four ADUs, maybe five. Get crackin’, Mr. Billion. Don’t waste land! There’s people to cram.”

Well, that struck a nerve! Matty snapped back, “This picture is taken in Italy which has five times America’s population density…”

“Italy.” As if that’s a city, or town, or village (Matty felt his reply was so cutting he retweeted it).

That’s why I get cross with rightists when they engage in similar foolishness, posting videos from Downtown L.A.’s skid row (which has been third world since Reagan was governor) and saying, “That’s California for ya,” as if this entire massive state is defined by one four-square-mile area in one city.

“Italy” is not all one thing; its cities and towns offer every possible option. Rural or urban, green and mountainous or concrete and slummy. But to Yglesias, it’s all just “Italy,” because ignoring the individuality of local areas makes it easier to advocate brutal one-size-fits-all policies. Matty’s “density” response was irrelevant because my point was that he chose low-density green areas to wow his followers. Hence it’s not the entire country’s density that matters, but the density of the specific areas he chose to highlight as “ah, bella Italia!”

Matty chose “outdoorsy nature” photos because he knows that’s what people like. What they find attractive, what they covet. He was reading the room…he was just too dumb to know it.

When he got called out, Matty panicked and spouted national density numbers, trying to overcome aesthetics with math. “That girl who gave you a boner shouldn’t have, because this equation proves she isn’t ackshully attractive.”

That kind of thing never works, and yet partisans left and right keep trying it, “going to the chalkboard” to tell people that they’re not really seeing or feeling what they’re seeing and feeling. Matty can talk national density numbers all he likes; it won’t change the daily lived reality of a family in a slum vs. that of a family in a spacious single-family zoned community. The primacy of reality—what people see, feel, live—wins out over numbers on paper, always.

Leftists are trying to use cooked numbers to tell Americans that crime isn’t really on the rise; your fears are just racist paranoia.

Will a WaPo piece about how “there’s no recession; this equation proves it!” make anyone forget the price of food?

Will some Atlantic piece that uses a pseudoscience-y formula to “prove” that men who think they’re women are actual biological women make a mom relax at the sight of a hairy six-foot male freak trying to shower with her daughter in a locker room? Will the mom respond to the chalkboard, or to what she sees?

That’s why these things have to be done by fiat. And that’s what’s happening in California with zoning. Whereas Matty tries to convince people, chalkboard-style, that having no space is better than having lotsa space, and whereas Matty will fail (because deep down he knows that most people prefer space), the racial ideologues and developers, understanding the futility of the chalkboard, have been outlawing single-family zoning by decree.

They don’t try to convince us. They just dictate.

That the single-family zoning abrogation is unpopular was well-proved by the fact that Newsom hid his intention to sign the anti-zoning bills until after the 2021 recall. He signed them the very day after he won.

All over Cali, organizers are gathering support for ballot initiatives (statewide, but also in individual cities and counties) that would restore single-family zoning. And you don’t have to like California to support that fight, because it’s national; Biden and the Dems have made it clear that they’re coming for your city, too, wherever you live.

Yet some rightists are helping the Dems. Fox/Washington Times hack journalist John Solomon, a man with so many discredited news stories behind him he makes Scott Templeton from The Wire seem solid, has been using his Just the News website to promote Up for Growth, the far-left “racial justice equity” anti-single-family zoning org. Why? Because it lets him dunk on California. Up for Growth claims that California’s racist whites need to be squeezed together with illegal immigrants in barrios, and Solomon is helping that happen and cheering the Dems who are making Up for Growth’s nightmare a reality.

See, here’s a guy with terrible instincts (as his shoddy journalism record demonstrates), willing to kill the homeownership dreams of Americans (especially white Americans) just to get a Twitter dunk.

Which brings it back to you. Your instincts need to be good enough to make Solomon’s bad instincts unprofitable. Matt Yglesias knows that his personal fetish for slum living is not shared by his followers. Simple as he is, he has an awareness Solomon lacks. But in part that’s because a lot of you unthinkingly support and spread “dunk pieces” like Solomon’s without considering long-term consequences.

Again, instincts. You need an awareness of when you’re being manipulated (either by leftists or share-whores like Solomon) to act against your interests.

With three and a half months to go before the midterms, let leftists be the ones not reading the room. The ones acting like their chalkboard overrides voters’ visceral daily experiences.

Be aware if you find yourself chalkboarding to prop up some ideological fetish.

Like a few days ago when “libertarian/conservative” Megan McArdle did the numbers-crunching thing to try to convince voters that they really shouldn’t feel so queasy that pro-lifers wanted to force a 10-year-old Ohio girl to carry a rape-baby to term, tweeting, “Only 52 girls under the age of 14 got abortions in Ohio last year—and 10 is a long way from 14.”

Talk about not reading a room. Saying “only” 52 girls and “Hey, 14’s not as bad as 10,” well…Megan may be smart, but that’s the most vivid display of bad instincts I’ve ever seen.

Voters don’t like the idea of child rape victims being forced to carry. Five girls or 52 or 152, they don’t like it. That’s the room. Your chalkboard won’t change that. So don’t be a ninny, and even if you have a bizarre fetish for wanting child rape victims to carry to term, cave on that one issue…at least until November.

As I said to a pro-life friend last week, you’ve gone fifty years without being able to make 10-year-old girls give birth against their will…you can’t go three more months?

Read the room and read it well.

And stay away from that fucking chalkboard.