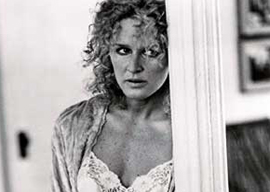 I am 35 and have been dating my boyfriend for roughly six years. No, he has still not proposed, but that is not the immediate problem. The problem is that his ex-girlfriend will not leave him alone. She calls at least once a month”actually, more like twice a month”and will always steer the conversation toward some sexual topic. The last time she called, she asked him where her clitoris was! I don”t know what is worse”her question or the fact that he answered it! She is driving me insane and making me doubt my boyfriend’s fidelity. Do you have any suggestions for how to get her to f*** off?

Ideally, convince your boyfriend that his ex is completely and utterly insane, as is very apparent considering she still can”t find her clitoris. A woman who can”t find her own clitoris is most likely unable to navigate the world around her. It will be near impossible to convince your boyfriend that the only reason his ex is hanging on and refusing to let go”after six years of him dating another woman”is because she is out of her mind! No matter how crazy she really is, your boyfriend (or any male) will never understand that she is still in love and pining for him after six years for one reason”she is stone-cold crazy. To him, she is simply a devoted fan, and men love loyal fans spewing gratuitous praise. She has to reach the level of Glenn Close boiling bunnies before he realizes she may have a few wires crossed and decide on his own to keep his distance. “

A woman who can”t find her own clitoris is most likely unable to navigate the world around her.”

Otherwise, there is nothing you can say to convince him to stop taking her calls. Focus on her instead. Think up ways to scare her off. Blackmail her in any way possible. Scrape, dig, and pry facts out of your boyfriend; he may have a nugget of damning information about her. You are searching for something very strong and preferably illegal, such as, say, she is a teacher who sleeps with her underage students and takes pictures, which she then posts on Facebook; that would be a godsend. Short of finding seriously damaging blackmail, you may be doomed to suffer through it. The only thing you can do to protect yourself is try not to be bothered and do NOT show jealousy, anger, or irritation to your boyfriend because he could decide you are a nagging pain and the nut will win!

I met a girl in Belgrade. I liked her and two months later we got engaged. She is Serbian, I am Italian. I proposed, gave her a ring, and wedding planning was going forward”then she introduced me to her mother, a poor lonely widow in need of economic assistance, companionship, and constant medical care. Visions of the lonely sick widow moving in with us post-wedding flashed through my head. I called off the wedding about two days later. Do you think I made a mistake?