Ronnie Wood: Spend or Expend, The Butler Institute of American Art, Youngstown, OH, Now through November 21
Surprise, surprise! Ronnie Wood’s a man who wears many hats. The Rolling Stones guitarist is also a painter and mixed media artist, and his first major exhibition has opened in Ohio. Before he wore those famous fingers down with The Bird, Faces, and The Jeff Beck Group, Wood was toiling away with a paintbrush. It’s evident now where his inspiration comes from”most of the lovingly crafted portraits are of his Stones bandmates. Who better to capture the wide mid-song snarl of Mick Jagger than the man who’s been standing next to him since 1975? Here’s the best of both worlds: a tribute to rock and a little insight into the mind of one of this generation’s finest musicians. 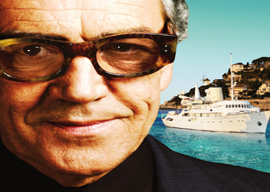 Onassis, Novello Theatre, London, In previews, Runs October 12 “ February 5
Aristotle Onassis” life has all the makings of a great tabloid drama: sex, power, and lots and lots of money. The Greek shipping billionaire wed former first lady Jackie Kennedy, bedded Maria Callas, and dodged the FBI. His life is finally getting the West End treatment with a new play written by Martin Sherman. Inhabiting the titular role is Tony winner Robert Lindsay, (Richard III, Oliver! and Me and My Girl) returning to the stage after a 25-year absence. Peter Evans” hailed biography Nemesis provides all the juicy details of Onassis” waning days, including some unfounded conspiracy theories”did he help finance RFK’s assassination? This one’s so good, critics are predicting it”ll hit Broadway next year. Go ahead, see it now in London”just be sure to hit up Greece while you”re over there. 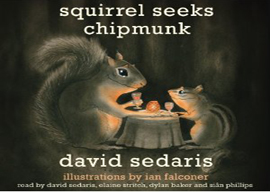 Thank god David Sedaris is back, we were starting to enjoy life a little too much. The droll satirist returns September 28 with a new set of essays, only this time he’s traded life in London for hovels and litter boxes. All the stories are written from an animal’s perspective, and we have to say we”re grateful for a fresh take”even if the cats and toads are only there to shine light on human foibles. The titular furry couple is a sort of Romeo and Juliet driven apart by their close-minded family, and written with a healthy dose of Sedaris” wit. Think of these tales as Aesop’s fables for the NPR set. 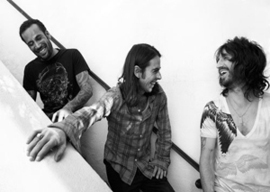 As I Call You Down

A Fistful of Mercy formed earlier this year, a big-name collaboration between the always delightful Ben Harper, Beatles heir Dhani Harrison, and the supremely underrated Joseph Arthur. The super group has been low-key so far, but their debut album finally drops October 5 on Harrison’s own record label before their 10-city trek across the country. Harper’s resonant blues combines beautifully with the trio’s soulful vocals. Plenty of acoustic guitars make this the perfect record to ease you straight into fall. It’s nice to see rock stars get a little earnest. Especially hypnotic is the track “A Fistful of Mercy.” 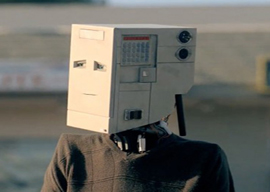 There Are Many of Us
For all those who found Where the Wild Things Are slightly disappointing, Spike Jonze offers up an extremely satisfying peace offering with the DVD release of his short film I”m Here. The Los Angeles-set love story between two robots was one of the best things to hit the web this year (seriously, venture off YouTube every once in a while and there’s actual quality out there). With the help of McSweeney’s, Jonze is releasing the film, its soundtrack, and behind-the-scenes insight into the making of the heartfelt tale that critics called “haunting, whimsical and overwhelmingly heartbreaking.” An added bonus: the lovesick boy robot is voiced by Hollywood “It” boy Andrew Garfield, star of Never Let Me Go, The Social Network, and our future Spider-Man. Buy this set, and say you saw him”or at least his android counterpart”when.