Do Black Feelings Matter Too Much? 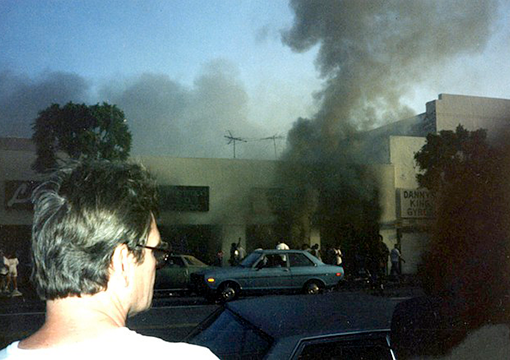 On Friday night, police responded to a call about a black male who was sleeping in his car while in the drive-thru lane of a Wendy’s restaurant just south of downtown. After police arrived, the suspect, 27-year-old father of four Rayshard Brooks, allegedly failed a sobriety test. Footage shows him actively fighting the two white cops who tried to arrest him. He seized a Taser from one of the police and then ran. While running, he turned back and pointed the Taser at the cop, who responded by shooting him. It’s all on film—and none of it matters.

That’s because at this moment in the USA, black feelings matter more than anything else. An unwarranted concern for black feelings—don’t EVER make them angry—may be the wrecking ball that obliterates this country beyond repair.

Is it worth it?

Last week, Ireland’s prime minister Leo Varadkar expressed empathy for the poor blacks who are trapped in Ireland rather than luxuriating back home somewhere in Zimbabwe and said that “black lives matter, but also black feelings matter too.” Varadkar has also expressed more positive feelings toward an American black man named George Floyd than toward the white Irish teen who was stabbed last week by a black teen whose presumed cohorts celebrated the stabbing by proclaiming, “When we finished beating your boys we claiming your girls as our prizes.” To my knowledge, even though Varadkar has bleated loudly against “racism” toward blacks in Ireland and the USA, he hasn’t yet made a peep about this white Irish teen’s stabbing.

Long ago, I was robbed at gunpoint by a black guy in Center City Philly. Was also sucker-punched by a black guy in South Philly while a throng of blacks stood around, cheering. I know a white woman who was raped by a black guy in Chicago almost two years ago. I know someone here in Atlanta whose two roommates were murdered by black thugs five years ago. I strain to think of anyone I know who hasn’t had some sort of extraordinarily unpleasant encounter with a black person.

“Black Americans have received so much sympathy, they appear to be overdosing on it.”

Miraculously, despite all the “racists” with whom I rub elbows in my editorial meanderings, I’ve never met anyone who’s committed a violent crime against a black person. Not once. Ever.

Something is seriously wrong with the picture that’s being painted.

The narrative has been mangled far beyond any resemblance to reality. They have diligently sculpted a rock-hard Social Gospel that preemptively rules out every possible explanation for black failure besides “racism.”

We hear that blacks built this country. I didn’t realize you were able to build the world’s sole superpower merely by picking cotton. If that’s the case, one is forced to wonder why they aren’t creating any cotton-pickin’ superpowers in sub-Saharan Africa.

We hear about the nine or so annual killings of unarmed black people by police, but never about the 5,000-8,000 annual black-on-black murders.

We hear about how blacks are supposedly “kept down” here, but never about the fact that on average, black Americans live 15 years longer than black people in Africa and make $15,000 more per year.

We hear about how the system exploits blacks. Funny, but all the stats I’ve seen suggest that they take far more from the public till than they contribute to it. Over half of black households pay no taxes at all, so exactly who’s the exploiter here?

We hear that blacks are constantly being violently terrorized by whites. We never hear the real interracial crime stats. Never.

Merely by mentioning how wildly reality clashes with the popular narrative of unending brutality against blacks, you are ostracized and unpersoned and forever banished from polite society. And the worst part is that a huge part of those doing the social lynching are other white people operating on the laughably naïve assumption that somehow their loud gestures will spare them when the witching hour comes.

You can’t breathe? White people should wear T-shirts that say I CAN’T SPEAK.
What could possibly go wrong when you keep making concessions to people who are the emotional and intellectual equivalents of children?

I believe the current national crisis has not been caused by an undervaluation of black life but rather an unwarranted reverence for—and fear of—black people’s feelings. Despite the torrents of propaganda, there is no defamation of blacks in the media. Instead, it is constant unrealistic praise. Black Americans have received so much sympathy, they appear to be overdosing on it.

Obviously no one gives a shit about my feelings or those of any white male at this point. You’ve made that brutally clear. And yet we haven’t burned buildings over it. Maybe we’re less insecure? Maybe, despite all your efforts, we feel far less shame about our history than black people feel about theirs?
We hear all the time about black rage, but never about black shame. It’s almost as if they have nothing to be ashamed of and countless reasons to be proud.

I’ve long thought that what underlies black rage is black shame. After all, it would seem to be quite a blow to the self-esteem to have such a history of being conquered and exploited and always winding up on the bottom no matter where you go or who surrounds you. It might make one wonder why this has been so easy to do historically. It might even lead an introspective person to suspect the deficiencies might lie with themselves rather than with everyone else.

When it comes to feelings, white men face an impossible scenario—they are either presumed to not have feelings at all (because they’re monsters), or they’re mocked for expressing any feelings at all—boo-hoo-hoo, white boy, go drown in your tears. The only feeling they’re permitted to express is a deep and incurable sense of self-hatred.

Explain to me why I should care about the feelings of people who don’t care about mine. I can’t spare a single feeling for someone who wishes me dead.
I’m supposed to kowtow to a gaggle of illiterate oinking livestock who can’t tell the difference between feelings and facts.

It’s all so tiresome.
My friends, I have a severe case of Negro Fatigue. I am all Negroed-out. I’m sorry, but I can’t feel sorry for them anymore. And a lot of people—far more than are brave enough to say anything about it—are feeling the same way.

If someone somewhere is even THOUGHT to have hurt black people’s feelings, the entire country will burn. And everyone knows it. If they didn’t know it a month ago, they know it now. Blacks have been conditioned and encouraged to express volcanic rage at the tiniest perceived slight. Black people now possess the heckler’s veto, and it is the law of the land.

I’ve seen what happens when Americans care too much about black people’s feelings. It’s happening right now before your horrified eyes.