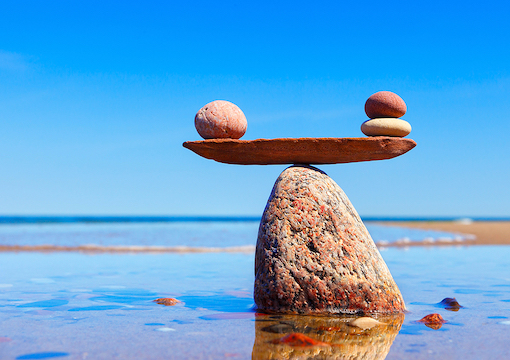 Last September I penned a piece speculating about the consequences should Roe v. Wade be overturned.

Keep in mind, abortion ain’t my wheelhouse, or my bailiwick, or my (consults thesaurus) demesne; during my days as den mother to Hollywood GOPs, I could mediate the pro-life and pro-choice factions because I can see both sides without taking one.

That said, I ain’t jumping for joy over a Roe reversal; the timing couldn’t be worse. Everything was looking so damn good for November. There wasn’t a single issue of concern to voters—the economy, crime, the border, education—that didn’t see the Dems underwater in the polls.

And Democrat problems didn’t end at the likelihood of a midterm shellacking. The smarter Dems—the consultants and strategists—had come to realize that going all-in on defund/decarcerate and “women are a social construct” was hurting the party. Hence the furious backpedaling on defund, because the rise in literal murders was figuratively killing the Dems with voters.

A week ago, Cal State L.A. was hosting a debate between the city’s mayoral hopefuls—all Dems and one independent—when terrorist heifer Melina Abdullah, cofounder of BLM, tried to crash the event. She was dragged away kicking and screaming by cops. She implored the assembled to rise up and come to her aid! But not a single person in the audience, and not a single Democrat candidate, said a word as she was chucked to the curb like a cheap gunnysack of curl activator, grape drank, and hatred.

The word’s gone out: Shun the lunatics, at least until November. That includes the trannies, too. But that’s not as easy as jettisoning BLM. The Dems picked their pony—trannies over feminists—hoping that Twitter censorship would mute feminist discontent.

But now Elon Musk is allowing women to vent about being told they don’t exist. And facing a potential massacre in November, Dem leaders can’t afford to alienate any segment of their female base.

But how do you walk back years of tranny talk? How do you do a “reset”? With an old, familiar red-meat issue that’ll let everyone gently slide back into pre-tranny gender talking points.

If Roe’s gutted, you’ll see how quickly feminists forgive all that “pregnant people” and “men who menstruate” bullshit. Overly optimistic rightists think the Dems will be held accountable for years of tranny-speak. “Ha-hah, by reverting to feminist “men can’t get pregnant” rhetoric, the Dems will be exposed for their insincerity!”

“Pro-lifers will make it a point to be as scary and uncompromising as possible, and the media will keep those efforts on the front page, day after day.”

I disagree. Most center-left voters likely viewed the embrace of trannyism as the insincere part. They’ll be happy to see gender common sense returning to the party. Dems won’t be shunned as flip-floppers; they’ll be welcomed back to reality. Sure, trannies will bitch, but if the Dems are willing to roll Melina Abdullah off a Cal State campus like Violet Beauregarde, they can tell the men in wigs to zip it until Nov. 9.

An overturned Roe is great news for pro-lifers, but not for the GOP. Beyond providing cover for the Dems, it will (I despise this term) “center” an issue that isn’t a guaranteed Republican winner. Sure, rightists need to put a good face on this, but it’s important to stay grounded. Don’t do what Fox’s Bill Hemmer did last week when he interviewed GOP pollster Brenda Gianiny. She repeated the well-established facts determined by decades of polling: Most Americans don’t want Roe overturned, and most Americans favor some measure of legal abortion and some measure of restrictions. But Hemmer pulled out of his ass “surprising poll numbers” that Fox had “discovered,” showing that 54% of Americans want abortion made illegal “all or most of the time.”

That figure is such a ridiculous fantasy, Gianiny was left stammering, repeatedly calling it an “outlier” contradicted by all previous data. The Hemmer strategy of wishful thinking and made-up feel-good numbers is a recipe for disaster. Navigating a Roe sea change will require a firm grasp of reality. After all, how many wins have been scored by any recent reality-detached rightist flights of fancy (QAnon, Powell, Wood, Lindell, Pizzagate)?

In 2016 Trump didn’t even have abortion on his radar.

Conversely, in 2012, three GOP dipsticks, Senate candidates Todd Akin and Richard Mourdock and Rep. Joe Walsh, made idiotic statements about abortion. All three lost (Akin and Mourdock losing easily winnable red-state races), and polling at the time showed that abortion was what did them in.

If Roe’s overturned, the issue will take center stage whether GOPs like it or not. Burying your head in a Hemmer-hole isn’t advisable. The best approach when abortion overshadows easy-win issues like crime and the border—and the media will make sure that such overshadowing occurs—is a strategy of loss prevention and damage control. Accept that abortion as a central issue will lose a certain amount of moderate and independent votes, and focus on keeping those losses low.

And that’s where I get nervous. Real nervous. If a couple of imbecilic statements about abortion can wreck two Senate campaigns (in red states, no less) when abortion was still safeguarded by Roe, imagine the damage once Roe’s gone and abortion criminalization is actually on the table.

If Roe’s overturned in June, getting from there to November with minimal losses will depend on the retard wing of the GOP not making idiotic statements about abortion and rape. Basically, the future of the country will depend on the stupidest people in D.C. not acting stupid.

I don’t think that’s possible. The Boeberts and MTGs would have to clam up for five months, and in your heart, you know they can’t do that. These are people who can only be depended on to screw up. And screw up they will. Roe ain’t even axed yet, and already the nuts are falling from the trees. Two weeks ago Ohio GOP Rep. Jean Schmidt described rape pregnancies as “a shame” but also “an opportunity” for the victim to be a “productive” mother.

And last week GOP Robert “Dumbass McGee” Regan was defeated by a Democrat in the race for a Michigan state House seat that, for its entire history, had only been occupied by Republicans. Prior to the election, Regan made idiotic comments about his daughters and rape, and a safe seat got flipped.

The notion that these folks can moderate their tone for five straight months is laughable.

Indeed, the QAnon loons are now pushing the line that abortion is part of the global pedo cabal conspiracy, and even The Federalist has taken to calling abortion satanic “ritual child sacrifice.” At least the traditional pro-life messaging was simple: Abortion stops a beating heart. Count on the QAnons to make that simple message bizarre and asinine, and count on the press to amplify every word of it. Why do you think the media’s devoting so much space to the “Satanic Temple’s” lawsuit against the Texas abortion law? The plan is to provoke the QAnons into taking the bait, and there ain’t a QAnon alive who’s too smart to oblige.

Putting aside the inevitable sabotage from the moron crowd, there’s also the inevitability that the pro-life lobby will refuse to show restraint from June through November.

And that was when the question was moot. With Roe gone, you think these people will show restraint for five months? It’s not in ’em. Summer 2022 will be one story after another of mercilessly harsh abortion criminalization laws pushed all over the country. Pro-lifers will make it a point to be as scary and uncompromising as possible, and the media will keep those efforts on the front page, day after day.

Count on that. Don’t be mollified that Roe’s end will “just mean it’s thrown back to the states.” The pro-life lobby will ensure that by November, voters will get this message loud and clear: “Give the GOP the House and Senate, and you’ll get a federal abortion ban that will abrogate states’ rights.”

And voilà, we’ll have gone from the Dems being the scary ones ramming through unpopular and unsettling policies (“Defund the police! Open the border!”) while spouting alienating nonsense (“Men are women!”), with the GOP advocating sanity and normality (“Criminals should be prosecuted, women exist, borders should be controlled”), to a reversal of those dynamics, with the GOP jumping on Roe nullification to advance radical and voter-repelling policies while spewing Mourdock- and Akin-esque absurdities on a daily basis, as the Dems leverage that to come off as the reasonable ones.

Now, granted, there are plenty of unreasonables on the pro-choice side: “Fetuses are tumors, burn down SCOTUS, fuck the church,” etc. And one post-Roe rightist strategy that’s already forming is to highlight the extremists on the other side. I get that, but I think it’ll be of limited value compared with the left’s strategy of highlighting the pro-life extremists. You can’t fearmonger “Imagine what will happen if these abortion-on-demand fanatics take power” because they’ve had the power for 49 years. Right or wrong, they represent what most of us have grown up with as law. They get to fearmonger with “Imagine what will happen if these ‘no abortion ever’ fanatics take power.”

It’s the Dems’ leg up in the midterms.

That’s why this SCOTUS decision is coming at the worst possible time. Just two weeks ago, the Dems represented disruption and frightening change: gender lunacy forced upon children, crime decriminalization forced upon the law-abiding, Third World immigrants forced upon communities, and sky-high food and gas prices forced upon consumers.

Republicans were destined to “shellac” in November because they represented the return to normalcy post-pandemic America was looking for.

And GOPs will need to proceed thoughtfully through that redefined landscape.