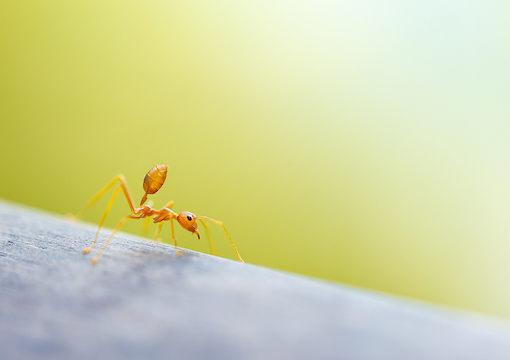 In the 1970s, the Harvard biology department was for life scientists like what Los Alamos in the 1940s had been for physicists: an assemblage of the great names, but with even more clashes of personality and politics.

The distinguished science journalist Richard Rhodes, author of the famous 1986 book The Making of the Atomic Bomb, has published a biography of a central figure in the Biology Wars of the 1970s, Scientist: E.O. Wilson: A Life in Nature. Rhodes completed his manuscript shortly before Wilson’s death at 92 last December.

Old-fashioned natural historian Edward O. Wilson, who was happiest collecting bugs in the field and then burrowing into the Harvard Museum of Comparative Zoology’s collection of millions of specimens, found himself the leader of the zoologists, ornithologists, botanists, and entomologists besieged by an invasive species of molecular biologists offering theories broader than those the traditional species specialists could conjure up. Led by the arrogant James D. Watson, discoverer of the DNA double helix, the newcomers derided the naturalists as mere “stamp collectors.”

“In his 80s, Rhodes remains a lively and elegant writer, making Scientist a pleasure to read.”

To counter Watson’s derision of his view of life’s apparent lack of theory, Wilson coined the term “evolutionary biology” in 1958. In 1975 he published his monumental textbook Sociobiology on how Darwinian selection might explain the social behavior of any and all organisms. But Wilson’s extension in his last chapter of Darwin to human societies unleashed the ideological animus of two leftist Harvard biologists whom Wilson had voted to hire to help in his war with Watson: Stephen Jay Gould and Richard Lewontin.

Scientist makes an interesting comparison with The Man From the Future: The Visionary Life of John von Neumann by Ananyo Bhattacharya, which I reviewed here last week. In his 80s, Rhodes remains a lively and elegant writer, making Scientist a pleasure to read.

Plus, Wilson has always been a fun character, kind of like if Ron Howard’s Opie from The Andy Griffith Show became a child prodigy entomologist—Rhodes reports that at age 13 Wilson was the first to recognize that America was being invaded by what has become a plague of red imported fire ants—and grew up to be a famous Harvard professor. But, as Rhodes notes, “He has always felt more like an Alabamian in the North than a confirmed Harvardian.”

While von Neumann impressed the most famous physicists of the 20th century as their cognitive superior, Wilson showed how far you could go in a softer science without overwhelming genius. He succeeded instead with the Ben Franklin virtues of hard work, ambition, a readable prose style, a willingness to try new things, and a knack for making friends. And, to paraphrase geneticist J.B.S. Haldane, he had an inordinate fondness for ants.

As a tenured Harvard professor, Wilson found himself having to take introductory calculus at age 32 alongside his teenage students. And the great discovery of the era about Wilson’s specialty of social insects—the theory of kin selection—was made by an obscure but more mathematical Englishman, William D. Hamilton.

Wilson’s account in his memoir Naturalist of his reactions on a 1964 train journey when first reading Hamilton’s breakthrough paper on why sterile worker ants sacrifice reproducing to bolster their sister queen’s fertility—while mammals share about 50 percent of their idiosyncratic genes with their siblings, social insects share about 75 percent—is a classic invocation of a feeling I’ve often experienced: what it’s like to realize you are not as smart as you assumed you were:

I went through the article again, more carefully this time, looking for the fatal flaw I believed must be there…. Surely I knew enough to come up with something…. By dinnertime, as the train rumbled on into Virginia, I was growing frustrated and angry. Hamilton, whoever he was, could not have cut the Gordian knot. Anyway, there was no Gordian knot in the first place, was there? I had thought there was probably just a lot of accidental evolution and wonderful natural history. And because I modestly thought of myself as the world authority on social insects, I also thought it unlikely that anyone else could explain their origin, certainly not in one clean stroke.

But by the time his train chugged into Miami, Wilson was Hamilton’s first and most influential convert.

In turn, Wilson now had an intellectual weapon to use against Watson to demand respect in the interdepartmental struggle over hiring. Evolutionary biology might no longer consist just of random bits of “accidental evolution and wonderful natural history.” Now Wilson had a cutting-edge theory: that the unit of selection in Darwin’s theory of natural selection was not the organism, but the gene.

Richard Dawkins memorably but misleadingly dubbed this “the selfish gene,” although “the dynastic gene” might have been more accurate because your genes spread by helping promulgate copies of themselves in your relatives. After all, the extraordinary self-sacrifice of worker ants for their queen is a form of altruism. As Hamilton wrote in 1964 and perhaps Haldane said in the 1950s, while it would not be genetically logical to give up one’s life for one’s brother, the math works out for two brothers or eight first cousins.

Rhodes speculates that Watson was attracted to the theory of kin altruism as a way to recast his anger and guilt over the suicide of his alcoholic and ailing father, who had asked him to forego Harvard to stay home and take care of him.

By implication, kin selection played a part in Wilson’s father’s decision to take his own life. When Ed Senior altruistically—self-destructively—released his son from the guilty burden of supporting him and Pearl, he allowed Ed Junior to advance the family’s achievement, to move up in the world socially, culturally, and financially, carrying Ed Senior’s genes with him.

But Gould and Lewontin lashed out at Wilson from the left in 1975 as reviving eugenics.

Wilson and Gould were rather evenly matched: Both were effortless writers but less gifted at math. They were each likable overgrown All-American boys: Wilson of the Southern WASP country-boy variant (as an Eagle Scout, Wilson earned 46 merit badges), and Gould, with his adoration of Joe DiMaggio, of the New York Jewish city-boy morph.

And both were immensely ambitious. Rhodes, a longtime admirer of Wilson (he’d been the prime force on the Pulitzer jury that awarded Wilson and Bert Hölldobler a Pulitzer Prize for The Ants), chides Wilson for the imperialistic “grandiosity” of some of his ideas. And Lewontin grew tired of Gould’s self-image of himself as the New, Improved Darwin:

Steve and I taught evolution together for years and in a sense we struggled in class constantly because Steve, in my view, was preoccupied with the desire to be considered a very original and great evolutionary theorist. So he would exaggerate and even caricature certain features, which are true but not the way you want to present them. For example, punctuated equilibrium, one of his favorites.

Years of political and even physical efforts to cancel Wilson ensued.

But the Alabama country-boy bug collector then turned the tables on the two cultured urbane leftists by teaching himself in his late 40s to write like a literary intellectual. Wilson’s highbrow On Human Nature won him his first Pulitzer. He developed a protective following among intellectuals of the center (such as Rhodes) and right (such as Tom Wolfe). And Watson started being friendly toward Wilson.

The International Committee Against Racism staged a small riot at the 1978 American Association for the Advancement of Science conference during a debate between Wilson, Hamilton, and Dawkins against Gould, with a leftist pouring a pitcher of ice water on Wilson’s head, which sounds like Antifa’s antics in recent years.

So, the more things change, the more they stay the same. On the other hand, it sure seems like cancel culture wasn’t quite as dumbed down back then.

In contrast, following Wilson’s death last Dec. 26, Scientific American ran a piece by a Person of Intersectionality denouncing him for racism that featured this deathless assertion:

First, the so-called normal distribution of statistics assumes that there are default humans who serve as the standard that the rest of us can be accurately measured against.