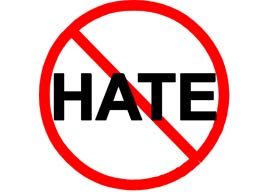 As resident Taki’s Mag sage Theodore Dalrymple once observed, “If we are not prudish about one thing, we are prudish about another, the total amount of prudery remaining constant.”

One of the reasons I’m misanthropic…or antisocial…or sociopathic, take your pick…is that societies are hopelessly superstitious and can’t seem to function without idiotic taboos to rally around like the dumb, hairy primates in 2001: A Space Odyssey chimping out at the sight of a meaningless black monolith.

I observed the same tendency as Dalrymple—namely, that although societies may swap out old taboos for new ones, they never seem able to discard the idea of taboos altogether—in a 2011 article I wrote for Taki’s called “Seven Ideas You Can Never Discuss on Television.” The piece noted how drastically America’s taboos had shifted since comedian George Carlin’s famous 1972 “Seven Words You Can Never Say on Television” routine. Back then, society’s taboos seemed to focus on suppressing natural sexual instincts and bodily processes, as all of the seven dirty words revolved around either sexual acts, sexual organs, or excretory functions. By 2011, though, the unmentionables had shifted sharply away from bodily functions toward political notions—my “seven dirty ideas” involved innate equality, Jewish power, Islam, female innocence, and pessimism.

Nearly all of the censorship I observed during my youth involved pornography; in 1994, newsstand vendors of my self-published magazine were dragged into court on charges of “promoting pornography.” But there was a bit of a blur there between old and new taboos, because the magazine in question attacked the idea of innate female innocence as codified and sanctified through radical feminism. Most notably, the person who originally complained to the local DA wasn’t some sex-hating Christian; it was a “sex-positive” feminist who was outraged that I dared to attack her own presumption of moral superiority. She was a New Church Lady, not an old one. As I see it, both groups are identical in their psychology; the only differences are superficial and stylistic.

I don’t tend to write much about sex anymore because once I feel I’ve exhausted a topic, I pack it into a box and tuck it into my storage room. Not that I’d have to worry about prosecution if I did, though, because nearly all expressions of sexuality—short of, oh, pedophilia, bestiality, and necrophilia—are now encouraged and celebrated, whereas they were once shunned and condemned.

This is dangerous for many reasons, not least of which is the fact that it’s somewhat easy to define porn—there have to be some penises and/or vaginas involved. But when it comes to “hate,” our new High Priests don’t seem remotely interested in applying the term judiciously. It is not only acceptable, it’s de rigueur to express frothing hatred for Western Civilization in its totality, white people as a whole, and specifically white males. But if a white male were to merely point out this double standard, he is tagged—and possibly soon bagged—as a hatemonger.

The biggest difference between pornography and “hate speech” is that while the government suppressed the former, it is giant tech corporations who are suppressing the demon phantasm of hate.

Last week saw yet another slew of casualties to be knocked unconscious—sorry, knocked into silence—by the Big Tech Social Justice Ban Hammer.

…when ideas and opinions cross the line and amount to hate speech that may create an environment of intimidation and exclusion for certain groups in society.

Let the doublespeak seep into your neurons for a moment: If your ideas and opinions make tiny minorities feel intimidated and excluded, we will intimidate and exclude you. Robinson had previously been excluded from Twitter and PayPal.

The social-media bans are one thing, but the financial deplatforming is potentially more troubling. One can always set up a blog using a server in Malaysia, but more and more, financial institutions are banning those who challenge leftist orthodoxy. Being unable to publicly express your opinions is one thing; being unable to feed your family is another.

The day after 2017’s catastrophic “Unite the Right” rally in Charlottesville, VA, the website VDARE.com—home to several Taki’s Mag contributors past and present—had their PayPal privileges revoked despite the fact that they had nothing to do with the rally. Last week, PayPal CEO Dan Schulman told The Wall Street Journal that his company—which processed over half a trillion dollars’ worth of transactions last year—partners with the Southern Poverty Law Center to decide whom to ban from its service. And it’s not only PayPal—banks such as Chase have been eagerly suspending the accounts of prominent anti-leftist commentators. So have fundraising platforms such as Kickstarter, Patreon, Stripe, and IndieGoGo.

Last week, a mere day after he was erased from Facebook and Instagram, Tommy Robinson also had his book Mohammed’s Koran: Why Muslims Kill For Islam removed from sale by Amazon, which effectively monopolizes book sales worldwide. Amazon claims that it bans books “that promote or glorify hatred, violence, racial, sexual or religious intolerance or promote organizations with such views.”

Pardon me for existing, but judging from the book’s title, it did not encourage violence against Muslims; it addressed systemic violence by Muslims as instructed by the Koran, which, miraculously, is still for sale on Amazon in multiple formats.

Back in 2010, facing heat for carrying a title called The Pedophile’s Guide to Love and Pleasure: A Child-lover’s Code of Conduct, Amazon initially refused to drop the book based on free-speech principles:

Amazon believes it is censorship not to sell certain books simply because we or others believe their message is objectionable.

Of course, it eventually dropped the book. And then it started dropping titles related to Holocaust revisionism. And last week, based on a hyperbolic article that tags anything pro-white—or that even so much as notices the rampant anti-whiteness these days—as “neo-Nazi and white supremacist material,” it dropped four titles by American Renaissance and another fifteen or so books published by Counter-Currents.

Why are mainstream journalists so silent about the ritual silencing of not only “neo-Nazis” but even mild-mannered Trump supporters? Why are they mum about the corporate censorship of roughly half the American public? I often wondered this until I espied an online comment a few months ago—it’s because when it comes to alternative media, the mainstream press sheds no tears for their competition being run out of business.

For now, the best hope seems to be some kind of government-sponsored anti-trust regulations to break up these hostile, speech-squashing technopolies. Treat them as public utilities and regulate accordingly. Failing that, the remedies immediately become much darker and grimmer.

With pornography, the government was banning natural sexual instincts. When it comes to the silencing of anyone who’s “pale and male” and doesn’t feel guilty about it, tech corporations—who in many ways are now more powerful than the government—are suppressing an entirely natural tribal instinct that is not only allowed in all other tribal groups, it’s celebrated.

When anyone seeks to suppress your natural biological instincts, they are not your friend. They have declared themselves your enemy—and should be treated as such.