Hollywood’s Jews Get Their Wandering Papers 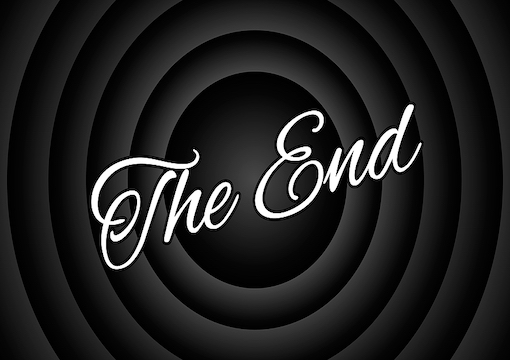 I’ve been working the “Hollywood apartheid” beat since before it was hip. Four years ago I reported on the USC Annenberg School’s push to force Hollywood to insert “inclusion riders” (“diversity” casting guarantees) in all industry contracts, and I predicted that soon enough those “riders” would be mandatory, and white actresses would be most severely affected in terms of lost work.

And last year I reported on the mandatory diversity quotas and hiring caps (no more than 30% white actresses, and that 30% must be divided between real women and trannies) adopted by the streaming services that these days comprise the core of the business.

So yeah, I was right. It’s now mandatory, and white actresses are hardest-hit.

“This is surely not what Hollywood’s liberal Juden had in mind when they opened the doors to this shit.”

Also last year, I predicted that the quotas and caps would create a “Jewish question,” in terms of, are Jews white (capped) or nonwhite (quota’d)? My attempts to elicit answers from the streaming services were unsuccessful.

But thanks to a recent piece on Bari Weiss’ Substack (penned by two respected L.A. journalists), we can deduce the answer: The caps and quotas are now everywhere (all streaming services, TV networks, and movie studios), everyone’s afraid to speak out against them, and Jews are capped as white in production jobs.

Through my past and occasionally present work in casting I deal mainly with actors, so I’ve been most acutely aware of the effects of the hiring caps on that demo. The Substack piece concentrated mainly on writers and showrunners, and to be honest, I was rather stunned that the ethnic cleansing is so aggressive regarding off-camera jobs. I knew it would be ruthlessly enforced for actors, because changing the industry’s cosmetics is the easiest way to mollify nonwhite malcontents, most of whom think a “showrunner” is a guy who competes in exhibition relays.

But it was jarring to learn how deep the disease has spread. This isn’t a cancerous wart…it’s penetrated the industry’s bones.

Many of the insiders who were interviewed for the Substack piece spoke anonymously, and were only identified by color. But of those named, most were Jews. Of course, the authors take the safe route of not drawing attention to this fact. The only explicit mention of Jews in the piece comes toward the end when the authors point out that the new $484 million Academy Museum of Motion Pictures completely erases Jews from the history of Hollywood: “It’s missing any mention of the small band of mostly Jewish emigres from Eastern Europe who created the film industry. The people without whom there would be no entertainment industry.”

The museum pays tribute to blacks, trannies, and even Native Americans, but no mention of the people who created Hollywood in the first place.

The Substack authors present this omission, once again, safely: It’s PC Hollywood catering to wokeness by hiding the fact that the town is a meritocracy built by impoverished immigrants.

Get those dudes some Bengay because they’re straining. What the omission actually means is that Jews are now white, to be erased along with all other whites.

From their own industry.

This is surely not what Hollywood’s liberal Juden had in mind when they opened the doors to this shit.

But let’s backtrack a bit. Black Americans never needed quotas in Hollywood. No more than they needed them in sports. All blacks needed in both fields was the removal of the race-based discriminatory employment barriers that hampered them in the first half of the 20th century.

Jews, well aware that black audiences were hungry for entertainment in the segregated South, launched a kind of sista studio system just for blacks. Between the 1920s and 1950s, over 500 full-length all-black movies, produced by Jews like Leo Popkin and Alfred Sack, were filmed and distributed to “colored” theaters in Southern states where millions of blacks paid to see “their people” in Hollywood films remade with a black cast.

It was a hugely successful racket, but to the Hollywood Jews, it wasn’t personal, in that, it’s not that these Jews liked segregation. But there was money to be made in the South, and the sound business move was to milk both sides of “separate but equal,” with white films in which blacks were relegated to funny sidekicks or dance acts, and black films in which handsome (usually light-skinned) blacks played all the roles.

Eventually, as big-earning black superstars became a norm in Hollywood, Jews were there for that, too.

All that mattered, at any point in the timeline, was that Jews ran the table.

What’s happening now is that Jews are being dispossessed from a world of their creation. This ain’t like being kicked out of Madrid or Vienna; over the centuries Jews got used to being expelled from other people’s kingdoms. But this is their kingdom; everyone else is the immigrant.

It turns out that Jews underestimated their soul brothers. The Substack piece details how black producers are using the caps and quotas, along with heavy-handed strong-arm tactics, to become the new power brokers and kingmakers in town (Jews are used to being mugged by schvartzes in the street, but not on the studio lot!).

There’s an irony here that’s somewhat amusing. While ordinary blacks are getting squeezed out of L.A. by gentrification (led by Jewish real-estate developers) and Hispanics (brought in by Jewish-backed immigration policies), blacks are squeezing Jews out of their figurative neighborhood, with Hispanics playing both sides (being white when it benefits them, and “colored” when they can take advantage of the quotas).

Jews, blacks, and beans, a modern-day Three Stooges act, taking turns slapping each other. Except Jews have always been Moe. Now they’re Shemp.

In another year they’ll be Emil Sitka.

I want to be clear about what I’m saying, and what I’m not saying. I’m not claiming that Jews “control Hollywood” in a conspiratorial sense. There are no cabals in this business. This is an industry where every smile is fake and every handshake oily. Everyone’s out for themselves, and alliances are short-lived. But one of the reasons for the massive Jewish presence behind the scenes is that West and East Coast Jews are literally born speaking the language of the industry.

If I went to Nova Scotia to become a fisherman, the lingo would be a foreign tongue to me. “Tack that scoot-rung; bilge that jimp.”

As a Beverly Hills yid, I’d be lost.

But I grew up speaking Hollywood.

Generally, most American Jews grow up immersed in that language. Whether or not they make a career out of it, there’s an understanding that they can if they want to, and if they do, they’ll fit in perfectly.

So the psychological toll of being informed that they’re now capped, that beyond a certain number they’ll be barred from the business because of their skin color, is severe. You can feel the anxiety in the panicky words of the Jews interviewed for the Substack piece; they’re rattled.

Comedy in 2015 needs a severe motherfucking shakeup. No celebrities, no parodies, no pranks, no mash-ups or hashtag wars. I’m fat. And shove your lip-synching up your ass. Prom King Comedy. That’s what I call all this shit. You’ve let the popular kids appropriate the very art form that helped you deal. Fuck. None of the funniest stuff ever involved celebrity cameos.

Du Bouchet’s point was that the average comedy writer is a nebbish who’s always used humor as a way to compensate for, shall we say, physical and aesthetic limitations, and now giggling frat boys like Jimmy Fallon and talentless loafs like James Corden are redefining comedy to mean “handsome A-lister does a walk-on.”

Well, as Peter Griffin would say, “You think that’s bad…” Now the nerdy nebbishes are being told they can’t even get hired because of their ethnicity.

For Hollywood Jews, that’s an earthquake.

It’s also inevitable. The minute 1619 theology (backed largely by Jewish elites in politics, academia, publishing, and the news media) became the left’s religion, the Jewish experience no longer counted as exceptional. “Fuck yo’ Ellis Island refugee bullshit. You dih-int come here in chains. You came here freely, so you ain’t no more oppressed than them Mayflower mutherfuckers.”

That’s why the history of Hollywood was erased at the new museum. In 1619-land, Samuel Goldwyn gets no more victim points than Myles Standish (it’s also why the notion of a political “black/brown coalition” is so laughable; 1619ism also dismisses the Hispanic immigrant experience, but that’s a topic for another column).

It would be easy to chuckle unsympathetically at what’s happening to Hollywood’s Jews, to spout some kind of snarky “chicken soup’s coming home to roost” one-liner. But that kind of reasoning is unhelpful. Racial apartheids are always bad, and if you take a “serves ’em right” attitude for one, you’re just encouraging more of them, until eventually you’re on the ass end of one yourself.

The most ridiculous thing about the Hollywood caps and quotas is that they seem predicated on the notion that there’s a finite number of movies and TV shows that can be churned out per year, so nonwhite set-asides are needed. But that’s just not true. There’s no limit to the amount of content that can be produced in any given year. If you want to have more black-led content, the solution isn’t to ban whites; if you want more black joke writers, the solution isn’t to ban Jews. The solution is to make more content. A writers’ room can have any number of participants. Don’t fire; just hire more.

Unless…unless the goal isn’t diversity but punishment. Retribution. Study any racial cap-and-quota system throughout history: Jim Crow South, Nazi Germany, apartheid South Africa, 20th-century Fiji. It’s always about keeping one group down. It’s never about “equity.” It’s about the empowered telling the disfavored, “I want to keep you stifled. I want to artificially inhibit your chances of success.”

We should be honest about this: Hollywood’s caps and quotas are not about adding blacks but subtracting whites. And now Jews are finding out that for the purposes of this discussion, they’re as white as Grace Kelly. If “whiteness is a state of mind” (the ideology pushed by the Ibram X. Kendis and funded by the Shlomo Oyveygenbergs), then Ashkenazi Tay-Sachs DNA don’t count for shit.

You white, kike. And you capped, sucka.

Now, to what extent Hollywood can prosper with power brokers named D’Jaunte and Trevarious instead of Joshy and Isaac remains to be seen. Can the 1619 Hollywood business model survive, long-term?

We’ll examine that question next week, when I recount the tale of the Jew, the shiksa, and the million-dollar tranny.