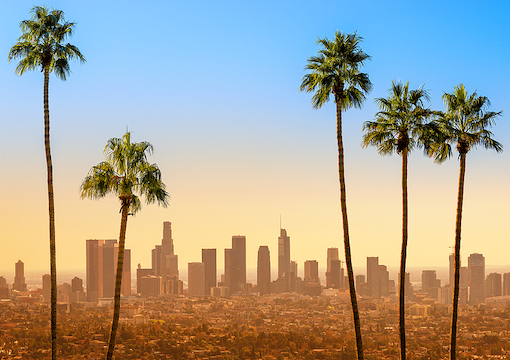 As a youth, I was privileged to personally observe Willis Carto in his prime. For those too young to remember, Carto was the QAnon/Alex Jones of the pre-internet era. His newspaper, The Spotlight, was a wide-circulation “conspiracy blog” in hard-copy form.

Carto catered to those on the right who find electoral politics boring. His readers were “big question” guys, rugged sleuths searching for global cabals. And Carto would make shit up to satisfy ’em. Tall tales of schemes and intrigue that couldn’t possibly be tested for accuracy. Baron Rothschild XVII and how he’s behind the latest tax hike; villains beyond the reach of any electoral “fix.”

After all, once you “realize” that Baron Rothschild is the author of your misfortunes, what do you do? Run a candidate against him? He’s in a volcano lair somewhere. Just keep paying for that Spotlight subscription, so you can at least keep tabs on the bastard!

“Once you chalk up a problem to factors that can’t be altered, you no longer have to fight. Your inaction and failures are fully excused.”

It was a glorious racket, and it provided insights that proved helpful when I began working in mainstream GOP politics. I knew the right’s susceptibilities to “big question” flights of fancy. I knew you’ve gotta keep the base grounded.

That said, the reason most schizos don’t take their meds is that the pills quiet the voices but also dull the senses.

Trump 2016 struck as close to a good balance as I’ve ever seen (a perfect mix of the excitement of off-meds and the winnability of on-meds), but that’s only because Trump had a practical, real-world platform (Coulter’s ¡Adios, America!) to keep him grounded. When he came unmoored from that, he came unglued.

The difficult balancing act regarding the rightmost members of the GOP base is to engage the flights of fancy just enough to maintain their interest, while at the same time keeping them involved in the mundane process of electoral politics, so they can actually be of use.

This is becoming less and less possible, as The Spotlight lives on in tens of thousands of Cartosian blogs and Twitter pages.

I’ll give you one small but instructive example.

Last week the USPS put a moderately upscale Santa Monica block on notice that mail would no longer be hand-delivered there. Why? Because a hulking black resident named Davon Morgan is a schizo who thinks postmen are demons, so he attacks them on sight. The SMPD wanted to arrest the guy, but no postman pressed charges.

The SMPD arrested him anyway a few days ago on unrelated charges.

One lunatic (a resident, not homeless) on one city block. Not nearly a colorful enough story to capture the imagination of rightists. So the new Cartos followed the playbook: They pulled embellishment out of their asses.

Libs of TikTok presented the story as “USPS has suspended mail service in parts of Santa Monica. Unreal. California is a hellhole.”

So one guy on one block means the most populous and third-largest state is, in its entirety, a hellhole.

Why, that’s not even remotely batshit.

Breitbart.com blamed “the Biden crime wave.” Cerno or Poso (aren’t they the same person anyway?) added “Santa Monica is far left. Please join me in continuing to congratulate Democrats for getting what they voted for.”

Other pellets of wisdom included “Defunding the police has consequences,” “Welcome to the 4th world,” and “You can thank the George SOROS elected DA George Gascon.”

This is rightist “big question” morons doing what they do best: being unsatisfied with reality. Reality is dull, so let’s juice it up!

Here’s why this matters: Soros and his lapdog Gascon have perpetrated enough evil to justify a thousand eternities in hell. But the USPS thing, this one fucking thing, was not them. This one thing was unconnected to police defunding and decarceration.

This is how the right moves from ineffective to liability. With two first-ever anti-Soros recalls underway right now in California (Gascon in L.A. and Boudin in S.F.), what we don’t need is rightists accusing the targeted DAs of things they can actually defend against. Gascon has so many genuine vulnerabilities, but rightists, with their complete lack of discernment, distaste for focus, and preference for “big picture” theorizing, would just as soon help Gascon by leveling false charges that would allow him to appear wrongfully accused by “crazy MAGAs.”

Indeed, the first attempt at a Gascon recall imploded because it was led by reality-detached rightists. The current recall is spearheaded by local businessmen and crime victims.

No MAGAs in sight. Thank God; we might just win this time.

The 2020 statewide rejection of affirmative action, one of the few defeats of the BLM agenda in The Year of Our Floyd 2020, occurred with practically no rightist involvement at all. It was an organic defeat; the pro-affirmative-actioners spent like crazy and had the media in their pocket, but they still lost, not due to partisan opposition. Average whites and Hispanics were simply against the plan.

Ditto the death of defund the police. Democrats retreated from that policy not because of rightist pushback (excepting a few highly effective executives like DeSantis), but because of public opposition. Now Dems pretend they never even said “defund.”

California mask mandates didn’t end because of local MAGA demonstrators spewing Lin Wood and Sidney Powell schizospeak (I covered that in January 2021); they ended a year later when Dems saw the polling.

Rather than capitalize on the fact that regarding affirmative action and police defunding, public sentiment favors the GOP, many rightists are content to stay lost in their big-picture, work-shy, electoral-process-averse dreamland, letting the world turn without them.

And as much as I hate to admit it, I’m not against that. The best thing MAGAs are doing right now for those of us working on the Gascon recall is staying out of it.

The Carto siren song plays to two far-right weaknesses: the desire to see the conspiratorial in the mundane (broken traffic light = Zionist plot), and the desire to shirk labor by fixating on an enemy that can’t be fought (“the Bilderbergers broke that traffic light; oh well, that intersection’s fucked for good”). This relates to last week’s column—the rightist obsession with seeing trannyism in schools not as an ideological movement but as the machination of a global pedo cabal.

A few of you were displeased with my take, so let’s revisit the topic but from a different angle. Let’s return to Gascon and Soros. Who benefits directly from defunding and decarceration? Inveterate criminals, of course. The smash-and-grabbers, the granny-stabbers, the thieves, rapists, and killers.

Do you honestly think that Gascon, Soros, Boudin, and Kim Foxx are themselves smash-and-grabbers, granny-stabbers, thieves, rapists, and killers? Like, they go out at night and commit street crimes?

You don’t believe that? You don’t think billionaire Soros nicks catalytic converters in his off hours?

Ah! So, with defund/decarcerate, you can comprehend that there are two distinct groups that benefit: the inborn, irredeemable street criminals on one hand, and the ideological fanatics on the other.

Now let’s apply that to tranny propaganda in schools. As with defund/decarcerate, there are two beneficiaries in play. The teachers who act out of (in the words of far-right radio host/activist Dave Reilly) “sexual appetite,” and the ideologues on school boards and in the administrations of mayors and governors who act out of ideology, not “appetite.”

Now let’s jump back to crime. Between those two groups—the incurable criminals who’ve been with mankind in one form or another since the dawn of civilization, and the Soros DAs who are a relatively recent phenomenon—which is the better target for action? Should we minister to each and every street thug, one-on-one, to try to “cure” them of their criminal appetite even though that rarely works, or should we go after the DAs who—being elected in the first place—can easily be replaced if the will exists?

Street thugs will be with us always. Even if we cure one, three will take his place the next day. On the other hand, if we get rid of the Soros DAs, we don’t have to cure the criminals (an impossible task anyway) because, as we did so effectively in the 1990s, we’ll simply take them out of circulation. That’s what prisons are (were) for.

Now, back to tranny propaganda in schools. What’s the best course of action? To obsess about the pedos? You can’t cure pedos. Can’t be done. Even chemically castrated, they still retain their twisted desires. On the other hand, the school board members and politicians who give the pedos and trannies immunity and influence can be gotten to, easily enough, via the electoral process. As with the Soros DAs, pro-tranny ideologues are a relatively recent phenomenon. Roll things back to before they appeared, and we won’t have to worry about the pedos, because with sane administrators, the pedos get removed, not empowered.

If we replace the DAs and school boards, we can neutralize that which cannot be cured (the thugs and pedos). So regarding classroom propagandizing, why do so many rightists only want to concentrate on the pedos? To the aforementioned Dave Reilly and his ilk, it’s all about “sexual appetite.” The school board cat ladies? Voracious pedos. Governor Phil Murphy? Secret pedo.

Because once you chalk up a problem to factors that can’t be altered, you no longer have to fight. Your inaction and failures are fully excused.

Behold the ghost of Willis Carto. He’s the devil on your shoulder telling you to focus on the unwinnable war. Shake your fist at what can’t be fixed; don’t get involved in fixing that which can.

Make yourself irrelevant and, most of all, dependent on those who encourage you to punch walls, not ballots (i.e., the blogs and Twitter accounts that are The Spotlight’s inheritors).

The Spotlight ran for 25 years; at its peak, it was one of the largest-circulation subscriber-supported weeklies in the nation. Yet it left no footprint on earth. Hate the L.A. and New York Times and the WaPo all you want, but over the decades they started wars, hobbled presidents, divided society by race and gender, and successfully pushed legislation, arguably with the same percentage of “active” readers as Spotlight.

Yet the only proof Spotlight ever existed lies in the Carto estate’s many mansions.

So go ahead; listen to the Carto on your shoulder. You’ll die having effected no change beyond increasing the bank accounts of the hucksters you funded to rail against the phantasms they invented.

But at the very least, if you don’t want to help, don’t hurt.

Surely that’s not too much to ask, is it?