Invasion of the Nasty Nerds 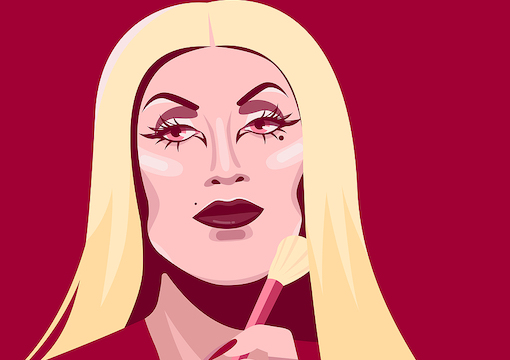 The so-far triumphant transgender movement is a political coalition that includes two polar opposite sets of allies who are so radically different in their thought styles that they can’t even begin to understand each other: naive nice moms and smart but not-at-all nice nerdy ex-men. The incoherence of transgenderist ideology is inevitable because its proponents aren’t at all on the same wavelength.

Few of the nice white ladies who make up much of the political support for the fad of surgically altering moody teens have even noticed that a high percentage of the best-known male-to-female trans celebrities are toxically masculine jerks. The ladies presume instead that they must be bullied victims in need of maternal nurturing and protection from the cruel world because that’s who they want them to be. (I suspect, but can’t prove, that mothers were prepped to fall for World War T in the 2010s by the anti-bullying campaign of the 2000s.)

A large part of the mainstream support for the transgender mania comes from nice white-lady mothers, pretty much the same well-meaning suburban moms who buy those “In this house, we believe” lawn signs off the arts-and-crafts website Etsy:

“The incoherence of transgenderist ideology is inevitable because its proponents aren’t at all on the same wavelength.”

In this house, we believe:
Black Lives Matter.
Women’s rights are human rights.
No human is illegal.
Science is real.
Love is love.
Kindness is everything.

This momcore classic was originally handwritten from preexisting slogans the morning after Donald Trump’s election by Kristin Garvey, a pleasant-looking blond wife, mother of two toddlers, and youth services librarian in Madison, Wis.

In its compilation of woozy conventional wisdom, Garvey’s sign is something of a master class in how not to be a critical thinker. The essence of the current year momist mindset is a pantheistic aversion to drawing distinctions: e.g., “Love is love.” In an age of Diversity, all is one and one is all. Liberal moms these days hate to compare and contrast for fear they might learn something.

I suspect that this mindset springs from the feminine urge to be a generalist, because child-rearing is the most necessarily general of professions. And it’s not a good idea to love one child more than another. So, good mothers aren’t inclined to discriminate intellectually, but to grant each child (or child stand-in) unconditional love.

On the other hand, a society in which female tendencies are above criticism or even satire will inevitably tend to go off the tracks.

One problem with 21st-century American culture (among many, of course) is that males have been retreating ever more into male safe spaces that have less influence on society in general. For example, straight guys don’t have as much impact on the Top 40 pop charts as in the days of the Beatles, in part because they now have hundreds of preexisting musical genres to stick to.

Also, 21st-century males devote ever more effort into videogaming, an art form that is peculiarly lacking in interaction with the rest of the world. In the past, when men would drive forward arts, such as painting, music, or film, they would tend to influence the general culture and spread manly high standards.

But gaming tends to be a black hole for male talent and attention, one that reflects back little light on the rest of society. For instance, sheer numbers suggest that there might be a Michelangelo- or Beethoven-level genius at work in the gaming industry today, but as a cultural consumer who isn’t a gamer, I’m not aware of anybody.

With male influence on society in decline, our thinking gets dumbed down.

But that doesn’t mean that women have taken over the leadership roles that straight men have lost. Just as gay men have long dominated many of the best jobs in fields that straight women really like to work in, such as dress design and interior decoration, feminism itself got hilariously hijacked by high-IQ male geeks pretending to be women.

In contrast to the monist moms are the atomist shock troops of transgenderism: unkind extreme male brain nerds who like drawing distinctions almost as much as dressing like their mothers with a simple string of pearls.

But only a small fraction of the nice moms who support “transgender health care” for children (i.e., poisoning, mutilating, and sterilizing) have even noticed the existence of the aggressive autogynephilic fetishists who make up so many of the thought leaders of the trans push. Noticing anything that’s less than wholly validating about The Marginalized is too unkind to dream of doing.

Hence, the nice moms don’t realize they are being fed their lines largely by high-IQ, ruthlessly self-centered men who want to force everybody to uphold their sex fantasy.

Now that our culture has decided that men-based women are unquestionably real women, have you noticed that we’ve now got about as many genders as there are subgenres of heavy metal rock or hip-hop listed on Wikipedia?

Looking up the proliferation of musical subgenres is a good introduction to the male brain’s urges to taxonomize, to subdivide categories, to perform ever finer pattern recognition, to specialize, to find a niche to master so you can be the biggest fish in a pond, and to assemble the biggest collection.

For example, Wikipedia lists, by my count, 71 different subgenres and sub-subgenres of heavy metal, such as:

Wikipedia also denotes 40 subgenres of punk rock. I got bored counting hip-hop genres, but I’d guesstimate there are around 200.

At least since Linnaeus, guys like splitting and lumping categories. That’s why Wikipedia is overwhelmingly created by men.

This male nerd love of making up endless checklists helps explain one of the dogmas that is a key recruiting tool of the trans movement: the now ridiculously prevalent notion that if you fail to live up to each and every item on endless lists of traditional male or female traits, catalogs of male or female stereotypes so exhaustive that Michael Jordan himself or Sophia Loren herself probably couldn’t fulfill them completely, then you may very well have been “assigned” the wrong sex at birth and you are really the opposite gender.

Of course, the nice moms think that they are against stereotypes, that their support for transgenderism is part of the good people’s war on stereotyping, not realizing that instead they have fallen for the obsessions of nasty nerds who love collecting and fondling stereotypes.

But, comic as the spectacle has been of men in dresses commandeering feminism for their own ridiculous fixation, the impact of the ex-men’s lies being allowed to go unchallenged upon adolescent girls’ mental and physical well-being is tragic.