The Truth About Pervs 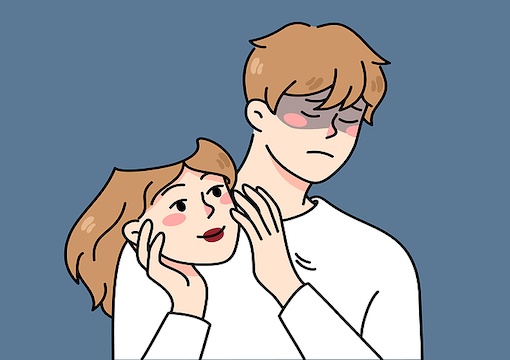 In perhaps the biggest setback yet suffered by the transgenderist juggernaut, the International Swimming Federation has sunk the dreams of Olympic gold of Will “Lia” Thomas, the also-ran male swimmer who declared himself a woman and won an NCAA championship. In a shocking spasm of sanity, the ruling body declared that ex-men who had gone through male puberty (from age 12 onward) are ineligible to enter women’s events because of the permanent advantages in size and strength they have gained.

It’s hard to lose when you have as much of an ideological tailwind at your back as Thomas has had, but his compulsion to crush his enemies and see them driven before him—and to hear the lamentation of the women he beat—made him a remarkably unsympathetic standard-bearer.

And yet, Thomas’ toxic masculinity is not unusual among the better-known transgenders. An extraordinary fraction of the most prominent and influential male-to-female transgenders are, when you stop and think about them, obvious examples of male ego, aggression, and self-assertion run amok.

“Few on either the left or the right have noticed the pattern that many of the most influential men to declare themselves women have virtually no feminine traits whatsoever.”

For example, MSNBC anchorwoman Katy Tur has just published a memoir, Rough Draft, of growing up the daughter of Bob Tur, the top TV news helicopter pilot. With his wife/camerawoman Marika Gerrard, Bob captured the most notorious footage of Los Angeles’ tumultuous 1990s, such as the beating of truck driver Reginald Denny during the Rodney King riot and O.J. Simpson’s odyssey in the white Bronco from lawyer Robert Kardashian’s house (the keystone event of 21st-century American trash culture).

A relentless wife-beater—somebody in the L.A. news business put together an hour-long tape titled Bob Tur’s Greatest Hits of Katy’s dad punching her mom in their copter live on air—Bob now wears a dress and calls himself Zoey.

Similarly, a few years ago Susan Faludi, another well-known woman journalist, published a memoir, In the Darkroom, about her nasty dad who decided late in life that he was a woman.

When you point out these recurrent patterns, many respond that The Science teaches us that Zoey Tur always felt like a girl on the inside; and all the evidence to the contrary must have been just her elaborate, seamless lifelong hoax mounted from earliest girlhood to cover up her innate femininity by acting 24/7 for 40-plus years like a giant macho prick. After all, they reason, you couldn’t possibly doubt the word of a woman who claims to have deceived the whole world for decades, could you?

Yet few on either the left or the right have noticed this pattern that many of the most influential men to declare themselves women have virtually no feminine traits whatsoever.

The right tends to assume that the only possible causes for transgenderism could be leftism and a lack of masculinity, so they are unable to notice that many of the best-known M-to-Fs are excessively masculine and right of center politically.

The left assumes that Lia Thomas and Zoey Tur must be a bullied minority of natural leftists, making them unable to notice how many famous transgenders are selfish bullies.

This dual intellectual failure is a problem for American society because ever since Wheaties box Olympic hero Bruce Jenner of the massively popular Keeping Up With the Kardashians reality TV show announced in 2015 that he was now Caitlyn Jenner, unhappy adolescent girls in horrifying numbers have been self-diagnosing that the source of their discontent must be that they were “assigned” the wrong gender at birth.

Granted, there have always been a certain number of small children who refused to play with their own sex’s toys. For instance, I knew one little boy who would explain when I’d see him on Christmas, “I only play with girls’ toys. That’s just the way I am.”

But he was like that from toddlerhood. That always was just the way he is.

In contrast, the tens of thousands of cases of rapid-onset gender dysphoria that have swept American adolescent girls since the Jenner whoop-de-do are a novel mental disease never before seen. It’s the most blatant and alarming example of cultural contagion I can recall in my lifetime.

Our institutions have responded by packing moody girls onto the express train to being poisoned with puberty blockers, mutilated by “gender-affirming” surgery, and permanently sterilized. While our society now has an appropriate horror of the sterilizations performed under old-time eugenics laws, elites are now complacently encouraging sterilization in response to a brand-new mental illness that didn’t exist even a decade ago.

The most excusable reason neither the left nor the right has made much sense of transgenderism is that it’s confusing. Until the social construction of rapid-onset gender dysphoria over the last decade, it came in two very different types, the second of which has been covered up.

The first type is early-onset gender dysphoria: extreme effeminacy in little boys or extreme tomboyism in little girls. This variety sometimes goes away with time (especially among tomboys) and often resolves itself into conventional adult homosexuality, and sometimes the sufferer can’t seem to live as his or her own sex and demands clothes, hormones, and even surgery.

For reasons that I’ve never seen completely explained, those with the late-onset syndrome tend to be highly intelligent; ambitious in their stereotypically masculine careers (e.g., Tur insisted on being called “Chopper Bob”); fans of hard science fiction (with Robert Heinlein a favorite); and, often, not very nice. They tend to be highly insistent that others validate their sex fantasy about themselves and relentless trouble to those who won’t.

It’s important to note that there is no female equivalent to late-onset gender dysphoria. Instead, rapid-onset gender dysphoria in which conventionally feminine little girls hit the emotional turmoil of puberty and decide that the cause of their unhappiness must be that they have always been transgender is a new thing spread by social and legacy media in recent years. It’s a fad, a catastrophic fad.

The existence of the late-onset type among some males is well-known among scientific specialists in the field, but has been almost completely covered up in the mainstream media due to furious campaigns by hyper-aggressive men in dresses to hush up the embarrassing news about their fetish.

Almost twenty years ago, I interviewed Northwestern U. psychologist J. Michael Bailey about his book The Man Who Would Be Queen, which brought down upon me the wrath of a small group of ex-men such as the brilliant libertarian economic historian Donald-Deirdre McCloskey and computer scientist Lynn Conway. Man for man, these guys were the Seal Team Six of proto–cancel culture.

They aligned with Southern Poverty Law Center cofounder Morris Dees, who is not, so far as I know, an ex-man—he was on his sixth wife last I checked. Morris is a junk mail genius and thus accurately anticipated that the madness of the times would eventually make transgenderism the Next Big Thing for him to raise funds over. But sometimes even a maestro can get too far out ahead of his era. So America wasn’t quite ready back in the 2000s for their Baileyian Jihad.

But what, you might ask, could be the harm in vituperative men covering up their fetish?

Well, now we know: Lies can help mislead children into a lifetime of regret.

Of course, the impact of high-IQ men who declare themselves to be women on teenage girls tends to be indirect (with the exception of Jenner, due to his fathering the influencer models Kylie and Kendall Jenner). No tween girl looks at, say, Colonel James-Jennifer Pritzker, the military-obsessed transgender scion of the Chicago money, philanthropy, and politics dynasty, and says, “I want to be just like her when I grow up.”

But with their aggression, intelligence, and self-centeredness, the ex-men have managed to keep completely off-limits for the media, and thus unknown by American girls, the true nature of their embarrassing predilection.

It’s not fun to have 150-IQ obsessives out to ruin you for crossing them, so only a few journalists dare take them on.

Will anybody ever succeed in communicating to impressionable adolescents that these famous ex-men weren’t really always the opposite sex on the inside, that in fact they tend to be excessive examples of stereotypically male traits likes ambition, aggression, and megalomania?

When the ex-men tell you they knew there was something different about them as a child, that they could sense that they weren’t like the other boys, what they are actually recalling is that they felt the other boys were their inferiors, that they were superior males with special capacities like the heroes of Heinlein sci-fi novels.

For example, the reason Thomas wants so much to beat women in the pool is likely because his innate sense of superiority was being invalidated by his being a constant loser in male swimming. So, he undertook a course of superiority-complex-affirming therapy by beating women.

Pointing out to young people that these guys are lying, that they are pervs whose hilarious sex fetish took control of their brains, might someday make kids less vulnerable to rapid-onset gender dysphoria.

It’s time to tell the truth.