Leftist Legal Fictions and the Atheists Who Love Them 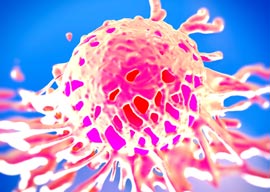 I”ve never had much use for smug, arrogant leftist atheists like Bill Maher, Ricky Gervais, or Seth MacFarlane, whose smarmy “aren”t we ever-so-clever” attitude I find as irritating as a bur sweater. But this week, it occurred to me that in their own way, these self-satisfied annoyances have done the world a service. In the days before “atheist chic,” your typical left-wing follow-the-leader type could usually be counted on to respond to serious and sober questions with disjointed New Age bullshit. “Why are the school district’s math scores plummeting?” “Well, maybe it’s because we”re, like, confining the children’s cosmic minds by forcing them to adhere to the fascist concept of right and wrong answers, man. Maybe seven plus nine actually does equal 84, and these rainbow starchildren are trying to teach us a new way of thinking, man.”

Don”t get me wrong; 1970s-style Shirley MacLaine hooey still exists and still gets spouted. But thanks to atheist chic, there’s a new crop of leftists who braid “What Would Dawkins Do?” into their hipster beards (or their armpits, in the case of the women). These young leftists shun chakras and past lives in favor of almighty science. It’s a step up from the days of “There are no objective standards.” The smug atheist leftists will at least admit that there are standards, and that there are mathematical and scientific facts (all hail Dawkins, PBUH).

The overwhelming majority of these smug atheists are pro-choice, which is why last week was such a bad week for the “science is my God” leftists. They found out, much to their chagrin, that tumors have internal organs. Don”t you just love science?

The typical atheist leftist doesn”t have the guts to admit that abortion involves extinguishing a living being. Rather than displaying the boldness that atheists love to think they possess by just flat-out admitting, “Yes, it involves ending a life, but I prefer it to the alternative of women being forced by the government to carry to full term””which would be an intellectually honest position”they prefer instead to speak of fetuses as “tumors,” the removal of which should spark no more concern, and just as much joy, as the removal of a cancerous cyst. So the stark, unpleasant image of a Planned Parenthood official discussing the removal of fetal organs over a standard-issue hipster luncheon of salad and wine was not good news for the “IFLScience” set. Because the notion that fetuses are tumors is one of the great pseudoscientific myths of the “we”re superior because we reject myths” crowd.

But it’s not the only myth. If you know one of these smug atheist leftists, it’s almost inevitable that you”ve heard them self-righteously grouse about the Citizens United decision and “corporate personhood.” “Corporations are not people. Does a corporation have, like, lungs and a liver and a heart? No, man. Corporate personhood is not scientific.” Hey, leftists, please allow me to introduce you to the concept of “legal fiction,” defined as “an assertion accepted as true, though probably fictitious, to achieve a particular goal in a legal matter.” I”d tried my best after Citizens United to explain the purpose and value of legal fictions to my leftist friends. But since leftists are typically only capable of grasping a concept once it becomes clear how it benefits them (“States” rights means racism! Wait, it also means legalized pot? States” rights rocks!”), I think the aftermath of the Planned Parenthood video is as good a moment as any to explain to leftists how they benefit from legal fictions.

One of the most blatant legal fictions in the U.S. today is that life begins when a woman says it does. In most states, a woman can be on her way to an abortion clinic to get her “tumor” legally sucked out, but if she stops at a mini-mart to buy some smokes and rethinks her decision, and if she gets caught in the middle of a robbery and takes a bullet to the gut and loses the baby, the robber can be charged with murder for doing exactly what the abortionist was about to do legally. If a woman wants to get an abortion, the baby is a tumor and the act is legal. If a woman wants to keep the baby, it’s a baby and anyone else can be prosecuted for harming it. To deal with the obvious contradiction between prosecuting people who destroy fetuses in some situations and protecting those who do it in others, a legal fiction was created, namely that life begins when it’s wanted. A wanted fetus is a life. An unwanted fetus is a tumor.

Well, guess what? That ain”t science. That’s as phony a concept as a corporation being a person. But a leftist will undeniably argue that this legal fiction is necessary in a society in which the destruction of a fetus is legal if the mother desires it, but illegal if the mother doesn”t. And maybe it is necessary. I”m not weighing in at all with my own opinion on the abortion minefield. All I”m saying is that smug atheist leftists should confront the existence of this legal fiction, and they should probably ask themselves why they”re okay with a medical health policy that has absolutely no basis in science. I mean, if everything is supposed to be all rational and scientific and Neil deGrasse Tyson-approved and all, “Life begins when it’s wanted” is as far from scientifically sound as possible. Does human life begin at conception? At viability outside the womb? At birth? Wherever you stand, human life does not begin when it’s desired. That’s pure hoodoo-voodoo superstition.

Few leftists are willing to confront this big steaming bowl of irrationality, and when they do, it’s usually with no sense of irony or self-awareness. Mary Elizabeth Williams, writing in Salon, argues that the difference between a stranger destroying a fetus and a woman and doctor doing the same is that the humanity of the fetus is based on the “dreams” of the mother. If the woman “dreams of becoming a mom,” and those dreams are dashed by anyone other than her, destroying a fetus is murder. The “science” of whether a fetus is a person or not comes down to the mother’s dreams. Science and medical policy based on dreams. Wow. And you”re okay with that, oh, ye spawns of Sagan? Should we hand over all medical science questions to a Yaqui shaman dream interpreter?