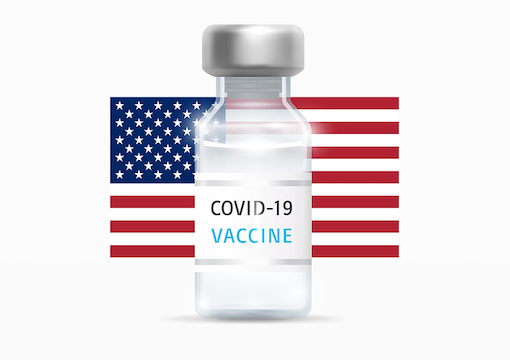 It’s only natural to be frightened of getting a needle stuck in your arm loaded with a novel vaccine developed at such a pace that few besides the optimistic President Trump believed it could be rolled out this year.

Likewise, it’s common to be either hypochondriacal about a new infectious disease or dismissive of its dangers. A huge number of Americans assume COVID poses an apocalyptic menace, while others try to loudly reassure themselves that they must be virtually invulnerable.

My view, though, is that it’s time to get the damn pandemic over and done with.

It’s important to note that COVID is a crisis of moderate magnitude, neither “Just the flu, bro” nor the end of the world (as I will demonstrate below). The problem is that it’s been very hard to come up with a measured, moderate response proportionate to the dangers of an infection that spreads exponentially and thus tends to be either growing or shrinking.

“We should want life to go back to the way it was before, and the faster the better.”

As Tyler Cowen has pointed out, it’s very hard to fight coronavirus to a draw. It’s probably beyond our skill set. Instead, at any point in time, the place where you live is either winning over it or losing to it.

Fortunately, with the delivery of the first of several vaccines, we are now finally at the point where victory is in sight, assuming Americans don’t botch the opportunity to put this whole awful experience in our past. But a large enough number of us must choose to win.

The two quite similar vaccines from Pfizer and Moderna have proved themselves highly effective. From FDA analyses of their clinical trials:

Moderna vaccine: Only eleven COVID cases were seen in the vaccine group versus 185 in the equal-size placebo group.

Combined: Nineteen cases in the vaccine group, 347 in the placebo group. (That’s not an insignificant sample size.)

Across the two vaccines, forty severe cases of COVID were observed: 39 among placebo recipients and only one among the vaccinated.

You can read about the side effects of the vaccine in the FDA documents linked above.

As I’ve mentioned before, when I had cancer in 1997, it was common for nonsmoking acquaintances to ask my wife, “That’s so sad—by the way, so…Steve…smokes, right?” When told that I didn’t, that I had apparently just come down with cancer due to random bad luck, they’d go away looking thoughtful and gloomy. They had wanted to believe that I must have had it coming for something that I did that they wouldn’t do, which meant that they didn’t deserve to die, and, to a rough approximation, that therefore they would never die.

But the coronavirus isn’t even spread by bad behavior. It’s not like AIDS. Instead, it’s passed on by the best activities of community life: conversing, laughing, singing, dancing, romancing, and the like. Superspreader events include a janitor’s funeral in Georgia, a pre-Lenten folk dance in Germany, a family lunch in China, a choir practice in California, and a medical-industry conference in Massachusetts.

Therefore, we don’t want a Great Reset; we don’t want elites to have the time to impose permanent innovations based on the stupid conventional wisdom of the COVID–George Floyd Era. You’ll note that we haven’t left behind looting, shooting, and censorship; no, just the good parts of social life. We should want life to go back to the way it was before, and the faster the better.

Unfortunately, coronavirus is not like most problems where you can make fine adjustments in your response. For example, with crime, as best measured by homicides, America was slowly reducing the crime rate annually until our ruling class got bored with that and promoted the BLM conspiracy theorists, encouraging the number of murders to rise 23% from 2014 to 2016, before the Trump administration stopped the bleeding and brought the murder rate down somewhat…until Memorial Day.

But an exponentially spreading infection is inherently different.

The fundamental problem the USA has faced in winning against COVID is that we are a vast, continent-size country with no effective internal political boundaries for shutting down travel within the landmass. New Zealand could isolate itself from the world, Australia could politically separate its big cities because they are in separate states. And Europe could reactivate its pre-EU national borders. But in the U.S., where numerous metropolitan areas such as New York, Philadelphia, Washington, Cincinnati, Chicago, St. Louis, and Kansas City sprawl across state lines, it’s been virtually inconceivable to shut down internal travel. Borders have been out of fashion, but they are very useful in a crisis.

So we are now in a third wave.

The extent of the death toll from the first two waves can be observed in the CDC’s data on excess deaths from all causes. A good set of graphs by a reliable analyst can be found here (with the underlying data here).

For example, this is weekly data from 2010 to 2020 of the death rate from all causes nationwide (the current third hump doesn’t yet show up in this data, which depends upon death notices trickling in from all states with a lag of up to eight weeks):

As you’ll note, 2020 stands out sharply from the previous ten years from late March 2020 onward. Now, 2018, the yellow line that peaks in January, was a Bad Flu Season. This year, in contrast, is something else.

This year will have the highest death rate in at least 50 years and probably more than 70 years. The one-year jump in death rates will be 13% or more. Since penicillin was invented, the highest one-year jump had been 3.5%, so 2020 is about 4 times worse than the previous worst year since World War II.

As you see, the shape of the COVID and non-COVID curves are nearly identical, with both peaking in April and mid-summer. This suggests that many of the excess deaths not attributed to COVID actually were related to COVID.

In the long run, we no doubt will pay a price in deaths due to hunkering down to avoid the virus, such as in cancer screenings canceled. But those would be expected to pile up later in the year. Instead this year’s peak for excess deaths not blamed on COVID came during the early-April COVID crisis that ripped through New York City, suggesting that most of the excess deaths were either undiagnosed COVID or, say, people suffering heart attacks who didn’t dare go to the hospital until too late.

Hence the official count of 300,000 COVID deaths so far is likely an underestimate, with the real number being between 350,000 and 400,000. Moreover, with a lag of roughly 22 days between cases and deaths on average, tens of thousands more people who are presently infected can be expected to die over the next month.

One interesting aspect of the data by age is that the percentages of deaths above average during the crisis have been similar from age 30 on up. In the second week of April, for example, those over 85 and older died 43 percent more than they would in the average year, while those 60–64 died 45 percent more than average, and those 35–39 died 44 percent more than normal.

On the other hand, few thirtysomethings die in any standard week of the year, so the absolute losses were not large: 303 more 35- to 39-year-olds died that week compared with the mean versus 7,367 more 85+ Americans.

To be callous, because the death tolls have skewed toward the old and infirm, America has not been losing a crippling amount of our most crucial human capital.

You can see this by looking at Wikipedia’s “List of Deaths due to COVID-19.” I count 199 deaths within the United States of people “notable” enough to have had their own Wikipedia pages. Looking through the names, such as country singer Charley Pride, who died this month at 86, virtually all of them were past the primes of their careers.

(But then, other than maybe 25-year-old quarterback Patrick Mahomes, who isn’t?)

On the other hand, their loved ones mourn them and wish they had more time with them. And the old vote. These are reasons why virtually every country on earth has taken the pandemic seriously.

Also, while those who die of COVID tend to have “comorbidities” such as high blood pressure, so do most Americans over 50. Like many, I had imagined that “morbidity” meant something like “cause of death,” but it just means “ailment.” Tens of millions live decades with comorbidities.

Further, we don’t know what the long-term effects of surviving a severe infection are.

The good news is that right now Americans are being inoculated with the Pfizer vaccine that has proved to be about 95% efficacious at reducing chances of contracting a case of COVID. With luck, the Moderna vaccine will follow within a week.

At present, between the two, there is only enough to dose 5.8 million Americans. But that number should mount steadily.

Vaccines should resolve the crisis in two ways. First, by inoculating those most at risk of dying due to age or poor health, we can put a dent in the infection fatality rate during the winter months. The vaccines are about 90 percent effective within two weeks of the first (of the two) doses, so this week’s vaccinations should probably start to nudge deaths downward around Inauguration Day.

Second, inoculating a large fraction of the population should help America achieve “herd immunity”—the point at which too few people without antibodies are left for the disease to spread anymore, so it dies out.

Granted, we don’t know for sure yet that the vaccine is highly effective at reducing infectiousness. Yet the new Moderna report suggests some evidence that it is, and we should know more in a few months. If so, we will have a chance to see the pandemic in our rearview mirror, with fewer dead bodies.

Herd immunity is likely to require more than 60 percent and perhaps as many as 80 percent of Americans to be either infected or vaccinated. In hard-hit Manaus in the Amazon, an estimated 76 percent of residents have been infected.

76 percent of Americans would be 250 million.

As of late September, the CDC estimated that 53 million Americans, or 16 percent, have been infected. Back then there were about 200,000 confirmed deaths and likely a quarter of a million actual deaths, suggesting an infection fatality rate of almost 0.5 percent.

With the current third wave, we’ll no doubt reach, say, 25 percent infected by midwinter. But the good news is that if another 50 percent or so of the population get inoculated rather than infected, then COVID will be gone.

No more deaths, no more lockdowns, no more masks. It will be over.

Americans, therefore, need to man up and get their vaccine shots.