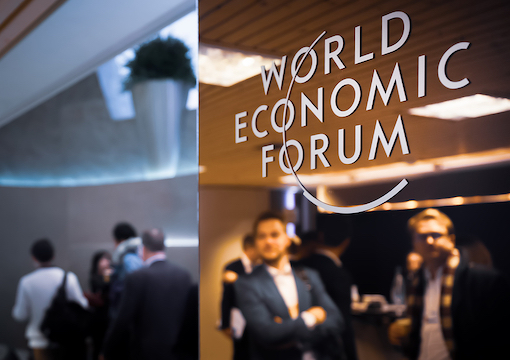 With Moderna’s announcement on Monday of a second extremely effective vaccine (which reduces your chance of getting COVID by 18/19ths) to go along with Pfizer’s vaccine, we can now see a definite light at the end of the pandemic tunnel.

This will prove disappointing to many elites, who have enthusiastically latched onto the idea that the virus justifies “The Great Reset”: policies hyped to, as Joe Biden would say, “Build Back Better,” which, coincidentally, happen to be whatever they had already felt like doing to us beforehand.

For example, Time magazine’s Nov. 2, 2020, cover story “The Great Reset” includes a collection of featurettes by the Great and the Good explaining what they have in mind for us, which is mostly more of the same. A sampling:

Tony Blair: I’ve Always Been an Optimist. But for the First Time Ever I’m Troubled About the Future

‘This Is a Global Crisis.’ Prince Harry and Meghan, the Duke and Duchess of Sussex, Discuss the State of the Digital World

The term Great Reset, extolled by Canadian prime minister Justin Trudeau, is a concoction of the World Economic Forum, the fine folks who put on the annual Davos Conference for the world’s most insufferable networkers.

“Elites never actually admitted to themselves that they were hypocritical. Instead, they just didn’t think about it.”

In the good old days of the Cold War, the North Atlantic Treaty Organization’s inner party had the discreet taste to meet in secret at the annual Bilderberg Conference, founded by international man of mystery Józef Retinger in 1954.

The idea that elder statesmen like Henry Kissinger and Helmut Schmidt were getting together every summer for some quiet conspiring was almost kind of reassuring…until Elizabeth Holmes recruited a lot of Bilderberg-level old bulls for the board of her Theranos start-up. This ought to have reminded us that there is no such thing as an inner party who know what they are doing. Like Holmes, everybody is just trying to fake it until they make it.

But then the Davos arrivistes devised a brilliant inversion of the Bilderberg formula: to instead meet in the full glare of global publicity machinations. Thus, there is less conspiracy theorizing about Davos than about Bilderberg because Davos hires battalions of PR flacks to announce that, yes, Davos invitees do run the world.

So that takes all the fun out of it for conspiracy theorists. They like to imagine that the figureheads we see on TV are mere fronts for their shadowy handlers in the Deep State. But my Peak State theory is that practically nobody can resist getting on TV and going to glamorous conferences in the Alps, hence the man most likely to be pulling more of the strings than anybody else is the official top guy.

But maximal Davos PR quickly exposed our ruling classes’ inanity. While it sounds like it would be fun to go to Davos, trying to read about what the Important People lecture each other upon—sustainable development, developmental sustainability, etc.—sounds excruciatingly dull.

At this point, I’m less worried that there is a carefully calculated master plan than that our elites are just making things up as they go along based on the latest Woke bad ideas.

For decades, I’ve been pointing out the various hypocrisies of the ruling elite: For example, graduates of prestige colleges contend that the worst thing imaginable is pointing out that the races differ in intelligence, but their alma maters use admissions tests on which, indeed, the races score differently on average. Likewise, urban elites in New York City rely upon the massive NYPD to keep them safe from criminals.

But hypocrisy is a good thing when you are in charge of important functions but nominally subscribe to a ridiculous ideology. It’s better than trying to live up to your anti-empirical assertions.

Since Memorial Day, though, it’s almost as if the ruling class has been out to prove me wrong by doing all the self-destructive things I’ve pointed out they didn’t do in the past: the Not So Great Reset. In our brave new post-hypocritical America in the Year Zero AGF (After George Floyd), black criminals don’t have to be arrested if they don’t feel like it and dumb kids can go to UCLA just like smart kids.

But I think what is really going on is this:

Elites never actually admitted to themselves that they were hypocritical. Instead, they just didn’t think about it. Inertia, not hypocrisy, ruled. Requiring the SAT to get into Berkeley was just the way things were. Locking up vastly more black criminals than Asian criminals was merely something that happened, year after year.

I suspect here’s the obscure connection between the coronavirus and The Establishment deciding to blow up America in the name of the Racial Reckoning as they drifted from inanity to insanity.

The pandemic required a certain amount of temporary rearrangement of old ways of doing things. For instance, administering the SAT and ACT was canceled during the spring lockdown. So colleges adjusted by making application tests optional.

As a one-year expedient, that wouldn’t have been too destructive.

But this need to improvise new rules empowered the current year’s ignorant, science-denialist ideas about “racial justice.” No longer could the people running American colleges just kick the can down the road on college testing’s race gaps because now they had to make some changes. And they wound up making extremely destructive permanent alterations, with many colleges junking a testing system that had evolved intelligently during the Depression and Cold War when Americans needed to make smart choices.

A judge now has banned students applying to the University of California from even choosing on their own to send in their test scores.

With our current Narrative about white evilness dominating our thinking, Americans less and less can do rational minor maintenance on our inherited institutions.

Similarly, tax revenues in most cities are way down, so various types of government employees are trying out arguments for why they are more indispensable than other government workers. Fearing the ax, social workers, for instance, have been trying to avoid budget cuts by contending they should go on more 911 calls and police officers on fewer.

You could have a sensible argument about the proposal (my guess is that it would end up being more expensive than the current system as soon as the first two social workers get stabbed or shot, so you’d end up sending the police along to protect the counselor).

Or you could scream that white cops are murdering in cold blood innocent unarmed blacks armed only with knives. This being the current year, our elites chose hate-filled screaming over rational debate.

Not surprisingly, in social scientist Richard Rosenfeld’s study of twenty cities, homicides are up 53 percent during the George Floyd Mourning Process of June–August vs. the same months last year. It’s almost as if the ruling class is making bad decisions.

Because the commonsense arguments had been edged out of the Overton Window over the years, the discussions about how to modify arrangements due to the pandemic were dominated by Ibram X. Kendi-level politically correct intellects, because truth-telling had been declared a firing offense.

Fortunately, as Adam Smith pointed out, “There is a great deal of ruin in a nation.”

Much in America is yet to be ruined, especially in fields where the Woke aren’t looking for sinecures, such as sewer systems.

But how likely are we, with our current dominant mindsets, to Build Back Better?

Or will we continue to Build Back Dumber?