The Only Polemicists Left 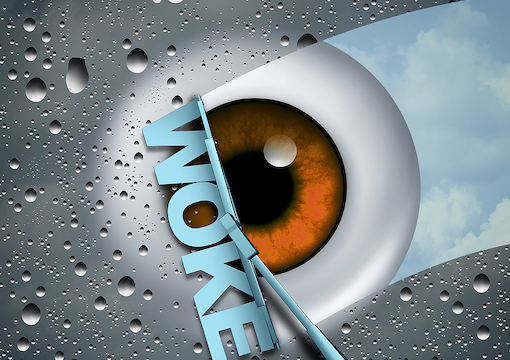 “Why Is Wokeness Winning?” asks veteran pundit Andrew Sullivan, recently fired by New York magazine for distressing its more fragile younger staffers by thinking for himself.

Sullivan sums up the idiotic but undeniable reasons for the real-world success of Critical Race Theory:

It gives you the simplest template for understanding the world, it assigns you virtue if you assent, it gives you instant power over others purely because of your and their identity, and it requires nothing more than tribal instinct to thrive. That’s why it is here to stay.

I would add some additional considerations to Sullivan’s list.

First, we should admit that Wokeness is not Marxism, which is a theory about class rather than race. White people condemn Wokeness as Marxism because they aren’t brave enough to call it what it really is: antiwhite racism.

Second, a huge reason for Woke Capital is that firms can be sued for discrimination if employees speak the truth about racial realities. But is employers browbeating white workers into lying about race creating a “hostile work environment”?

Importantly, the Trump Administration’s Sept. 22 executive order against critical race theory training at federal contractors instructed the Attorney General to assess whether these indoctrination struggle sessions contribute to a “hostile work environment,” which, of course, they do. Crushing white dissenters is the point of diversity training.

But Trump didn’t dare point out that critical race theory is hostile to whites, but instead the president felt forced to say it was anti-American (which it is, too).

A fundamental Constitutional question is whether the 14th Amendment’s guarantee of “the equal protection of the laws” applies to whites, as you might imagine from the Constitution’s wording, or just to protected races, as the conventional wisdom decrees. Many today seem to believe that while all men are created equal, some are to be protected and others are to be prey.

“Large amounts of reality are increasingly off-limits to all but Realists.”

Third, it’s important to understand the Overton Window of which arguments are allowed to be made in polite society explains a lot about why Ibram X. Kendi, who is a lauded public intellectual despite his two-digit IQ, keeps winning arguments, with his ideas, dim-witted as they obviously are, constantly inspiring moronic new policies.

The central question of 2020 is: Why after all these years do African-Americans continue to underperform badly on average?

Similarly, in 2019–2020, only one percent of blacks scored 1400 or higher on the SAT, compared to seven percent of whites and 24 percent of Asians.

To Kendi, there is only one possible explanation for the existence of racial disparities in behavior like these: white evilness. As Kendi told Vox:

And there’s only two causes of, you know, racial disparities. Either certain groups are better or worse than others and that’s why they have more, or racist policy. Those are the only two options, and antiracists believe that the racial groups are equal, and so they’re trying to change policy.

Granted, that sounds about as silly as Kendi is, but who dares dispute him in 2020?

Kendi’s buzzword “antiracist” is inspiring institutions across America to make futile and stupid gestures. For example, the school board in normally sensible San Diego just announced that to antiracistly fight the racial gap in class grades, teachers will no longer be allowed to mark down the grades of students for failing to turn in homework or for disrupting classes with their bad conduct.

Instead, grades will depend solely upon performance on an end-of-year test of the students’ “mastery” of the material.

That kind of one-giant-test system works fine at Yale Law School or Oxford. But will telling typical black public schoolchildren to, in effect, procrastinate actually help them compared with a system where they are encouraged to work steadily?

Do basketball and football coaches tell their athletes they don’t need to practice as long as they win the championship in the end?

On average, what blacks need is not indulgence of their bad habits, but discipline administered as a matter of course.

There are two fundamental schools of thought about why blacks behave worse on the whole than other races in America: the Realists and the Moralists. The Realists, who include such marginalized figures as Charles Murray, Andrew Sullivan, and myself, assume that complex webs of both nature and nurture influence most social phenomena, including racial ones.

Not surprisingly, we Realists tend to be able to come up with more interesting insights and make more accurate predictions because we don’t rule out either nature or nurture.

Indeed, large amounts of reality are increasingly off-limits to all but Realists, because the implications of the data are too flagrant to be allowed to be known. For example, nobody except unmentionable Realists like myself has called attention to the stunning numbers in the most recent data releases by the FBI and College Board.

Realism has long been an unpopular and often persecuted position—e.g., after Berkeley psychologist Arthur Jensen published in 1969 a landmark meta-analysis in the Harvard Education Review showing that vaunted Great Society programs like Head Start weren’t raising black IQs, death threats forced him to move to an undisclosed location far from campus.

Likewise, when Sullivan, as editor of The New Republic, published an excerpt from Murray and Richard Herrnstein’s The Bell Curve in 1994, Sullivan’s underlings rebelled, in a prefiguration of today’s Woke mutinies by junior staffers. So Andrew simply published 15 (mostly poorly informed) negative commentaries.

But here we are, 26 years later, and 51 years after Jensen’s article, and very little has changed.

In contrast, the mainstream Moralists are adamant that only nurture can explain racial disparities: Bad decisions must explain bad outcomes.

The Right Moralists inevitably got canceled in turn, leaving Ibram X. Kendi and his lowbrow true believers the only polemicists currently entitled to express an opinion on the dominant question of the day.