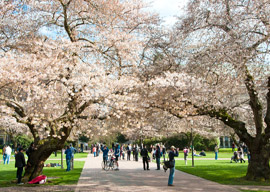 Writers on the right find it fashionable to cite Burnham’s decree. In an era when being white, Christian, male, and proud is as sinful as cold-blooded murder, it appears that liberalism is inspiring massive self-hatred on the forgers of the West.

The statistics don”t lie: White Europeans are a dying breed. In the U.S., the death rate of middle-aged whites exceeds that of minorities. In Europe, the birth rates of natives are collapsing. The number of “nones””that is, people identifying as faithless”is increasing among young adults.

Put it all together and you have the makings of an entire society slowly smothering the life out of itself.

Is liberalism truly to blame?

It’s an easy answer, for sure. Leftism is an ideological cancer that brings misery, death, and famine to all societies. Just ask anyone who has lived (or lives) in a communistic country. But I don”t think Marx’s brainchild is responsible for what’s ailing America, or the West as a whole. In fact, I”ve come to think it’s something much more familiar.

The enemy, as Pogo said, may very well be us.

The culprit behind Western lethargy is liberalism, by which I mean the actual definition of liberalism. Libertarians call it classical liberalism. Leftist intellectuals call it pluralism or tolerance. Economists call it laissez-faire.

“The very ethos that gave birth to the most powerful society in history is eroding its very purpose for being.”

No matter the name, liberalism is the policy of allowing people to flourish or fail by their own devices. In practice, it is the capitalist system that produces goods with increasing bouts of efficiency. In belief, it gives individuals the freedom to adopt or reject whichever dogma they like. At its core, it makes personal autonomy the ultimate measure of political freedom.

Liberalism is liberty; the liberty to create, to think, to do whatever feels right.

American society, more or less, still abides by the principles of liberalism. Our economic standard of living owes thanks to its hands-off approach. Our constitutional freedoms are based upon its moral standard. The rise in the acceptance of sexual deviancy is due in large part to liberalism’s mandated tolerance.

So if liberalism made America so successful materially and politically, why is it now enabling a slow euthanasia?

The problem is twofold. The economic comfort generated by a free-market system has given us the opportunity to search out grievances we would have never before considered. And the vivre et laisser vivre attitude liberalism espouses renders us incapable of judging other cultures too harshly or preventing foreigners from entering our land.

In a recent interview with On Being, social psychologist Jonathan Haidt described the paradox of capitalist systems engendering liberal values over time. “So here’s the irony: the left generally hates capitalism, but capitalism changes everybody’s values to be more leftist,” he said. Citing impoverished Koreans who rebuilt their country following the devastation of the Korean War, Haidt pointed out that the older, war-weary generation doesn”t “really care that much about human rights, and gender rights, and all these other sorts of things.” They were more concerned with making sure there was food for dinner than nonbinary sexuality. “But their kids,” according to Haidt, began “to care about all these things” because they weren”t “raised with…privation and fear.”

The capitalist-turned-leftist phenomenon is readily seen on today’s college campuses. Undergraduates, despite attending some of the most prestigious universities in the world, tear up like petulant children at the slightest of slights. Where else but in bountiful America could students at one of the country’s most expensive colleges complain about racist cafeteria food?

The inability to stand up for white European culture is the other paradox within the liberal mind. Despite creating a wonderfully productive and open society, liberalism provides no means to defend itself against outsiders. The admonition to withhold judgment makes the liberal weak. And the universality liberalism purports to represent leads devotees into falsely thinking others will easily adopt their worldview.

The continued eruptions of violence in Europe by Muslim migrants demonstrate liberal naÃ¯vetÃ©. At first welcoming of Muslim refugees, many Europeans are coming to regret their choice to leave their nation’s borders porous and ripe for exploitation. In the Swedish town of Ãstersund, women are being sexually assaulted by Islamic men. The police’s response has been to tell residents not to go out at night. An Afghan refugee just axed a few Germans on a public train while screaming, “Allahu Akbar.” The solution? Local officials are calling for mandated Islamic classes in schools. “[M]ulticulturalism always [one] step ahead of satirists,” columnist Ed West snarked in response.