Midterm for the Worse, Part II: These Firsts Shall Be Our Last 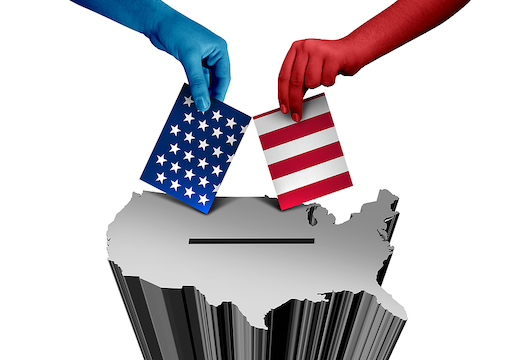 I get it, you’re tired of the midterms. Time to move on! After all, the GOP controls the House…by such a slim majority one softball shooter with decent aim could blow it to hell.

But hey—Boebert won! Yippee! Time to break out the “liberal tears” memes.

An incumbent barely won by 550 votes. And you’re celebrating.

Sure, there’s been analysis aplenty the past two weeks. But there are still a few things to be learned. What I want to examine here is one particularly unique aspect of the election: It occurred in the shadow of four “firsts.”

First No. 1: Abortion. This was the first national election in fifty years in which abortion wasn’t protected by Roe. An 18-year-old in 1972 would be 68 today. Meaning that most Americans have never until now voted in an election without Roe.

A first, for most of us.

I covered abortion last week; no need to rehash it here.

First No. 2: This was the first midterm (not the first election, but the first midterm) to be held under Covid vote-by-mail-or-drop-box rules. I’m not gonna spend a lot of time on this one, because I think, among rational rightists, there’s a realization that the late wins by GOPs in states like California and Arizona disprove the notion that slow ballot-counting of mail-ins is a rigged game that only favors Democrats. And those wins prove that the best strategy for GOPs going forward is to work the system as Dems do.

Yes, it’s fun to be Archie Bunker and cling to the old ways: “Edith, I ain’t puttin’ no ballot in no mail! George Washlincoln died at Valley Bulge to win me da right to stand in line.” But is it practical?

Stacey Abrams’ legacy will be the machine she created to get people registered to vote and get their votes harvested, essentially. It’s not technically vote harvesting but it is the act of going back door-to-door and making sure the people you got registered voted during early voting season, mail-in voting season.

In 1988 I did some work for Morty Blackwell’s Leadership Institute (I helped them organize a seminar at UCLA), and one of his lieutenants gave me the institute’s big black book of strategy (I still have it somewhere in my garage). There was a whole section on how campus GOP leaders could use absentee ballot rules for college kids to essentially “harvest” their votes.

So conservatives used to know how to do this stuff.

But now it’s become so damn important to so many of you to scream fraud, you’d rather do that than use the new rules to your advantage. This is what happens when one goal (proving fealty to a messianic “god-king” by passionately screaming allegiance to his fantasies) takes precedence over another (actually winning).

So here you have irrational rightists like podcaster and boobgrabber Elijah Schaffer bellowing about how the “Founding Fathers” didn’t intend for every idiot to vote, and the solution is to stop so many Democrats from casting ballots.

“The fact that the party didn’t do as well as it could’ve is less of a mystery than a Scooby-Doo episode.”

Okay, Archie, you go ahead and try to stop other people from voting because “that’s the way George Washlincoln wanted it.” That’s not even remotely imbecilic. And it’s so much sounder than winning by using the rules as your foes do.

First No. 3: 2022 was the first national election since a bunch of cretins and lunatics stormed the Capitol with some unformed half-witted notion of stopping an election from being certified. To be clear, 1/6 was not at the top of any voter list of concerns this year. But among independents, 1/6 is hugely unpopular, and yet, even in the face of that, prominent rightists have never been able to admit defeat and move on. There’s a compulsive need to keep justifying 1/6; rightists revisit it just as much as leftists.

The retards of 1/6 committed an act that was itself a first. And this is something you can try to explain to MAGAs again and again, but it’s like trying to teach a dog to code: What sets 1/6 apart was that it was action. Yes, plenty of Democrats have bitched about elections being stolen. Words. 1/6ers were the first people to, as a group and with the vague blessing of a president, take action. Violent and illegal action. It’s not the same as words, and the public understands that.

It’s every American’s right to talk shit. To say “he’s a cheat” or “he stole the election.” “I’m gonna burn it all down” talk is so cheap, nobody even notices it anymore. But you don’t fucking do it. You don’t storm Congress. So your memes about “AOC said this” and “KILLARY said that” don’t carry the weight you think they do. Americans know the difference between talk and action. 1/6 was a first, and an unpopular one. And even though, as I said, it wasn’t even remotely a top voter issue, where it did break, it broke against the GOP, even if only because it’s hard to present yourself as the “tough on crime” party when so many of your dimmest bulbs are endlessly repeating, “We didn’t kill that cop, we only assaulted him. Those strokes he suffered might’ve happened anyway.”

Voters won’t necessarily vote against the party in charge, even during bad times, if they don’t have confidence that the opposing party will do better. So all that idiocy from 1/6 defenders about how “that cop who died wasn’t even one of the ones we beat” wasn’t a great way to go into an election where crime was on the ballot.

Again, I’m not saying 1/6 made a huge difference. But of all the things that didn’t elevate the GOP’s standing in 2022, it’s the most irritating because it was the most stupid and unnecessary.

First No. 4 is an important one: The 2022 midterms were the first national election in which a former president tried to turn the entire thing into a referendum on his loss.

Past presidents knew better. Nixon strongly believed that the 1960 election had been stolen from him. But he took the L and shut the fuck up about it. And voilà, he lived to not only win eight years later, but he lived to score one of the biggest landslides in history four years after that.

LBJ was livid that Nixon might’ve engaged in treasonous election interference in 1968. But he chose to keep the matter out of the 1970 midterms, and the Democrats held the House and Senate (to be fair, LBJ’s motives were not exactly noble, but still, he was in possession of information that could’ve been used to relitigate 1968, and he chose to keep quiet).

Regardless of how wronged Trump felt, once his loss was certified, once it was in the books, he could’ve just accepted it with dignity, with an eye toward repeating Nixon’s post-1960 trajectory. But Trump doesn’t have dignity in him, so he had to make “stolen election” an essential element for his lackey candidates.

Imagine if W. Bush had made WMDs an essential element of the 2010 midterms, just out of sheer egotism of not wanting to admit he took a loss (as in, the loss of going to war over WMDs and then having to admit you found none). W. handled that loss the smart way; in 2004—an election year—he said “oopsie,” made self-deprecating jokes, and moved on.

But imagine if W. had never let it go, if in 2010, with everyone—the country, the Dems, the GOP—dealing with new concerns, Bush decided that every Republican running in the midterms had to claim that the Iraq WMDs were real; they existed and all evidence to the contrary was “fake news.” Imagine if W. had tried to make 2010 a referendum on the WMDs.

Hell, for that matter, what if one-termer Papa Bush had tried to make the 1994 midterms about “read my lips”? If, instead of admitting he fucked up and taking the L, Bush Sr. had clung to a fantasy that he never actually contradicted his “read my lips” pledge, and all reports to the contrary were “fake news.” And he bullied and cudgeled until the Contract with America contained the clause “George Bush never broke his ‘read my lips’ pledge, so therefore his 1992 loss was the product of Democrat and media fraud. Give us Congress and we’ll demand a do-over!”

Nixon, LBJ, Bush Sr., Bush Jr. Hate ’em all you want, but they had more skill for the game in one testicle than Trump has in his entire being. Trump tried to make 2022 a referendum on his “stolen election” claim, and the GOP went from potentially repeating 1994 and 2010 to getting wiped out to such an unprecedented extent (for an out-party opposing an unpopular president in a midterm) that the best MAGAs can do now is cheer that one of Trump’s empty-headed acolytes just barely won reelection by 550 votes.

Four firsts—Roe’s demise, Covid voting regs, 1/6, and an ex-president co-opting a midterm to bitch about his loss.

Four firsts, none of which helped the GOP, and all of which to one degree or another hurt it.

The GOP (1) is associated with the criminalization of a now-vulnerable right that most Americans have grown up with, (2) stubbornly refused to make use of new avenues for vote-casting, choosing instead to attack the Dems for being more skilled at it, (3) faced voters for the first time since MAGA extremists violently assaulted the U.S. Capitol, and (4) was saddled with an unpopular ex-president who demanded that candidates relitigate his loss and declare it invalid. Take all that into account, and the fact that the party didn’t do as well as it could’ve is less of a mystery than a Scooby-Doo episode.

Now, Covid voting can be used to the GOP’s advantage if you guys would just drop the Archie Bunker shtick. And 1/6 will fade from memory eventually once you guys stop acting like “we only beat the cops, we didn’t kill any” is a winning argument.

The GOP can recover from those firsts.

But Roe? As I said last week, that albatross is here for the foreseeable future. You just gotta live with it.

And Trump? Well, that albatross is alive, rabid, and ravenous, and being fed by people who have no plans to cease.

And that’s where I’ll pick up next week.