Midterm for the Worse, Part I: Fetus Do Yo’ Stuff! 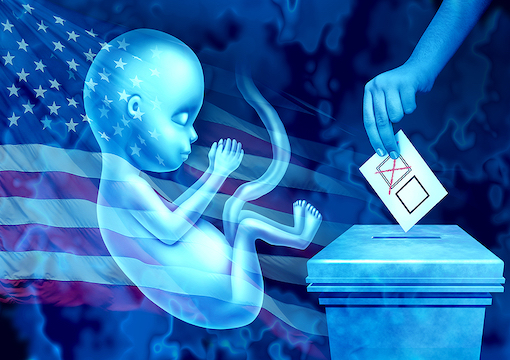 The next few columns will analyze the midterms from different angles. This week: abortion.

Pro-lifers post-Dobbs have effectively demonstrated what happens when a dog finally catches the car: He runs over his friends.

Then he crashes through a house and bursts into flames.

Worse still, unfazed, he turns around and comes back for another pass.

I called this one a year ago, and I called it again more explicitly in May, when I described the overturning of Roe as a “pro-life preserver for drowning Dems.” I knew two things about Dobbs relative to the midterms: It would not help the GOP, and it would help the Dems.

And you know why I called it right? Because I have a fucking memory.

In 1989, after Webster opened the door to the possibility that Roe could be overturned, the GOP suffered several high-profile, humiliating defeats, with polls showing that concerns over abortion rights motivated white suburbanites (and independents in general) to vote Dem.

As the L.A. Times put it in November ’89, “Roe allowed Republican (and some Democratic) politicians to have it both ways. They could enlist anti-abortion constituencies with hard-line support of ‘pro-life’ demands without fear of having to deliver on any promises made.”

Webster raised the specter that the question might be called, and voters responded. No less than Lee Atwater urged the GOP to move away from abortion. But fortunately for the party, 1992’s Casey decision reaffirmed Roe as “settled,” so the crisis abated.

But what’s the takeaway from the crisis? That if even the hint of Roe being overturned led to a GOP drubbing, Roe actually being overturned was guaranteed to do the same and worse. Don’t get distracted by the shiny new things. Yes, trannyism and CRT are the left’s new toys; that doesn’t mean the old toys are gone. Abortion’s always been there, waiting for a new, worse Webster (i.e., Dobbs).

As I predicted in May, Dobbs was welcomed by grateful Democrat leaders, many of whom had come to understand that whereas trannyism and CRT had been driving independents away, a renewed focus on abortion was just the thing to win them back.

Plus, abortion gives liberal white women a political conversation to join where they’re not ordered back to “their lane.” That’s not an insignificant factor. White women are a massively important Democrat demo. CRT tells them they’re the wrong color, and trannyism tells them women don’t even exist. Abortion is exactly what white female Democrats need: a lane that’s theirs.

So whether you’re a top DNC operative worrying about how defending mastectomies for minors will play in Scranton, or a college-educated white suburbanite woman who’s tired of black coworkers saying “you have no right to an opinion” whenever race comes up, abortion is a welcome old friend.

To understand the extent to which abortion influenced the GOP’s midterm pummeling, we can look to polling, preelection and exit, like this massive NORC/AP/Fox poll. Roe’s termination was a motivating factor for a whopping 70 percent of those who voted, and 68 percent said it influenced their candidate choice. Now, obviously those “motivated” and “influenced” figures can apply to pro- and anti-aborts alike, but 62 percent of those same respondents said they favor a national law enshrining abortion rights (i.e., legislative Roe). So that wind blew one-way: pro-choice.

“The smart move—for now—for GOPs would be to untether from antiabortion in all but the safest markets.”

Of course, pro-lifers will just say, “You can’t trust polls.” But here’s what they can’t get around, here’s where pro-lifers have no answer: There were seven—seven—ballot measures where abortion was in one way or another on the line. And in all cases pro-life lost. The right to abortion was enshrined in the state constitutions of California (no surprise), Vermont (ditto), and Michigan (that’s bad news). Red Kentucky defeated a sweeping antiabortion measure, and red Montana defeated a bill mandating that doctors provide lifesaving measures to babies born alive during the procedure (pro-lifers surely thought that would be an easy win; instead they got a painful loss).

In red Arkansas, a measure to mandate a supermajority for future ballot initiatives—which opponents slammed as a sneaky attempt to prevent pro-choicers from using ballot measures to liberalize the state’s abortion laws—failed. And in red Alaska, a measure to hold a state constitutional convention fell, 30 percent yes to 70 percent no. To be clear, this measure is on the ballot every ten years, and it always fails. But this year proponents were like, “Hey—with Roe gone we can use the convention to put an antiabortion clause in our constitution!” and the measure failed harder than it did ten years ago (40 percent yes to 60 percent no in 2012).

So even though the measure always fails, when proponents cast it as a way to outlaw abortion, it failed worse.

Don’t take my word for what a disaster that was. Following the election, pro-life leaders told Politico that they’re abandoning “popular vote” ballot initiatives as a strategy (as pro-choice leaders said the opposite; they’ll be ramping up their use of such initiatives).

So you can argue all you want that abortion akshually isn’t an albatross, but pro-life leaders know the score: They’re zero for eight. David Harsanyi at The Federalist tried to do an akshually last week, and his argument, which boils down to “Well, a few pro-lifers won,” is a weak blow against a straw man. Nobody’s saying pro-life sinks every GOP candidate. Just too many.

Plus, two of the pro-life “success stories” cited by Harsanyi—Adam Laxalt and Bo Hines—fell to Dems a few days later.

Prior to the election, rightist dimwits were in outright denial about abortion’s long shadow. The day before the midterms, Townhall’s Kurt Schlichter (I know I mock that guy a lot, but he makes it so easy) wrote “It’s time for a hot truth injection. Most people aren’t gung-ho about the procedure anyway—even most pro-choice people are a bit queasy about it—and this grotesque insanity of thinking Americans will en masse buy into the idea that it’s A-OK to cap a kid on B-Day minus one is just delusional. Well, say goodbye to a save from Congress, since all Congress belongs to us.”

Oh, Colonel Coward, you lovable tard. Not only did the GOP not win “all Congress,” but in Montana, a state where 50 percent of adults are Republican and only 30 percent Dem, voters deemed it “A-OK to cap a kid on B-Day plus one”!

Go back to blowing up Serbs, Kurt.

Remember my column from July where I slammed conservative “leading lights” like Jonathan Turley for celebrating a clearly flawed abortion poll and making a random idiot’s inaccurate interpretation of that poll go viral? Now do you see why I was making a big deal about that?

Getting lost in a comforting fantasy is all well and good until Election Day ball-slaps you back to reality.

So here’s more reality from the guy who’s called it right every step of the way: What do you think the pro-life lobby’s abandonment of the state ballot initiative process is going to mean?

It’s going to mean that pro-lifers will increase their push for national prohibition. In Kentucky, the legislature is squarely antiabortion. But the people, speaking directly via ballot measure, favored choice. That means pro-lifers can’t rely on state legislatures. So even though the votes aren’t there in Congress for a national abortion prohibition, expect pro-lifers to make it a litmus issue for GOPs anyway.

This is all just a repeat of 1989. After Webster led to GOP losses, pro-lifers instructed the party to go harder on antiabortion, under the ludicrous assumption that strength of conviction can overcome public distaste for abortion criminalization.

That’s exactly what pro-lifers are demanding now. Go harder! Double down! If that seems like a suicidal strategy, it is, but it’s also the expected response of a lobby trying to retain influence following an electoral disaster to which it contributed. It’s when political or ideological leaders are concerned about being ditched that they most aggressively have to crack the whip to reassert authority.

Just as Trump is demanding fealty in the face of last week’s catastrophe, so will pro-lifers.

And this time, there’ll be no Casey to save the day.

Honestly, I’m not sure the day can be saved (by that I mean, I think Dobbs will be a net loss for the GOP for at least the next few election cycles).

But at the same time, we were arguably the most pro-abortion state in the U.S. California was abortion-on-demand before Roe, before anywhere else. Even Reagan was pro-choice when he was governor.

In the 1990s, if you’d tethered the measures we passed to abortion restrictions, they wouldn’t have passed. In other words, if our anti-immigration, Three Strikes, and anti-affirmative-action measures had come with “Oh, and also we’ll outlaw abortion,” they’d have failed. Those measures passed because abortion restriction wasn’t a rider.

With the 2022 midterms, we’re looking at the very real possibility that, to some extent, fear of losing abortion rights may have trumped fear of crime or concerns about immigration. Voters who may have otherwise supported law-and-order and anti-immigration candidates hesitated because those candidates were tethered to antiabortion.

The smart move—for now—for GOPs would be to untether from antiabortion in all but the safest markets.

But that isn’t gonna happen. It just isn’t. Pro-life’s not going anywhere, and with every new state-level defeat, pro-life will amplify its demands for a national law.

From their perspective, that’s the right move; they’re saving babies. And killing a party.

For a worried GOP, there’s no cure, only harm reduction, only mitigation. Perhaps in 2024 the party can find a way to minimize pro-life without sparking a full-blown revolt from the lobby.

Because while you can’t negotiate with the dog in the killdozer, you can outthink him.

Of course, you have to be smarter than a dog for that.

So that eliminates GOP establishment and MAGA leadership alike.

Speaking of which, abortion was but one factor in the GOP’s reaming. Next week, we look at Trump and MAGA.