Pigment of Your Imagination 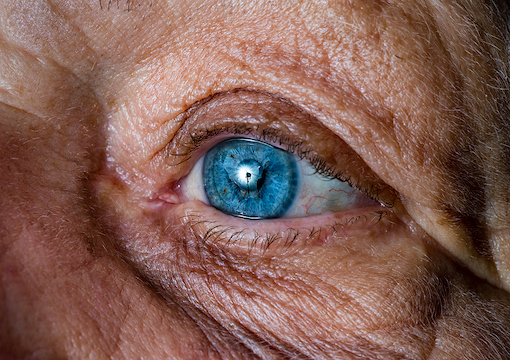 As antiwhite racism has become more respectable, use of the word “whiteness,” which is increasingly employed as an ethnic slur, has sextupled in frequency in books published in America since the first era of political correctness began in the late 1980s.

While calls to “Abolish the White Race” may sound alarmingly genocidal, advocates of defaming, deconstructing, dismantling, and destroying the white race, on the rare occasions when challenged, tend to respond that they don’t mean doing violence to the white race, which, science has proven, doesn’t exist biologically, just to “whiteness,” which is totally different from white people (who don’t exist).

In the current mindset, “whiteness” represents everything you deserve to resent about white people—their home equity, their accomplished ancestors, their fair skin, their silky hair, their genes, and all those other social constructs. But you shouldn’t be accused of exactly hating white human beings themselves (who, as Ta-Nahisi Coates would always point out, are really only “people who think they are white”), just their whiteness.

“This thin novel about the final solution to the whiteness question, and, even more strikingly, the lack of objection to it by critics, is highly reflective of the zeitgeist.”

Yes, I know that doesn’t seem to make much sense, but that just proves how you didn’t go to grad school.

This summer, a prominent literary novelist born in Pakistan, Mohsin Hamid, has published a much-acclaimed fantasy looking forward to the (almost completely nonviolent) extinction of the white race, The Last White Man, that exemplifies antiwhiteness thought.

This thin novel about the final solution to the whiteness question, and, even more strikingly, the lack of objection to it by critics, is highly reflective of the zeitgeist.

In this work of magical realism without either the realism or the magic (drab didacticism?), a personal trainer named Anders awakens in an unnamed snowy country to find he is no longer white in looks, but is now a “dark man.”

This opening is of course a riff on Gregor Samsa waking up in Franz Kafka’s Metamorphosis to find himself transformed into a “monstrous vermin.” Now, you might think that critics would object to Hamid equating being nonwhite with being a cockroach. But in our era, the literati assume Anders is instead being liberated from his whiteness and ascending to a higher state of humanity.

It’s important to note that The Last White Man isn’t a rant or a screed demanding action. Hamid is a prototypical sensitive novelist with an indoor voice. Indeed, his book is remarkably wanting in incident, and Hamid is much better at describing his mopey, not very bright main characters’ dull inner lives than at tub-thumping.

But the book assumes the truth of various post-Foucault social constructionist shibboleths, which is why it’s both so acceptable to reviewers and so short, vague, and intellectually undeveloped: Try as you might, you just can’t imagine in realistic detail a world that works the way so many English majors now assume.

As a depiction of life in the 2020s, The Last White Man is laughably out-of-date: For instance, the newly dark Anders is terrified that he will be attacked by white racists if he goes out on the street—in this town, introverted nonwhites cringe in fear at all the white bullies they pass on the sidewalk. Sure, that’s stupid. But that’s what critics want to believe.

Then more white people in the town wake up dark.

Soon, as during Covid, everybody is staying home and hoarding toilet paper. After a few months, as in late May 2020, the riots start. “Pale-skinned militants” burn, loot, and murder—I mean, that is what happened in the summer of 2020, right? Pale-skinned militants ran amok across America?

But, eventually, everybody turns dark, the last white man dies, peace returns, righteous vengeance is taken upon only the worst ex-whites, the burnt shops are rebuilt, and the ex-whites finally get over their nostalgia and more or less live happily ever after in the nice new all-brown world. In the epilogue set years later, Anders’ nonwhite daughter tells her ex-white grandmother, who likes to talk to her about their white ancestors, to shut up.

If you find the concept of race-change intriguing, Hamid will not satisfy your curiosity. For example, what nonwhite race Anders turns into is never disclosed: In this book there are only whites and an unspecified mass of nonwhites, which suits the overwhelmingly white book-buying audience—they don’t pay much attention to nonwhites other than as a bludgeon against whites they don’t like.

Why the white race goes extinct is not explained either, other than to say that its cause is “not contagious.” Hence, unlike during Covid, that means that anybody who socially distances, much less wears a mask, can be pigeonholed as a racist. In The Last White Man, only conspiracy theorists look for a medical cause or cure. The end of the white race is not something, like Covid or climate change, that you can do anything about. You just have to reconcile yourself to its inevitability.

Hamid devotes virtually zero thought to the mechanics or implications of his gimmick, other than to specify that white people wake up some shade of brown, but that they remain the same size, presumably so that their clothes still fit. In real life, the different races have notably different proportions: Blacks tend to have relatively long limbs and mestizos short, which would render your wardrobe comically ill-fitting. But the humorless Last White Man, subscribing to the conventional wisdom that race is a skin-deep social construct, doesn’t notice amusing complications like that.

Unlike body shapes, facial features change so that ex-whites don’t resemble their old selves at all, but their voices remain the same and thus their parents can recognize them.

But what does it mean to “change race”? Does your family tree change? Is your DNA rewritten? After all, if you think about it (which Hamid obviously has not), race is about who your ancestors are. Nobody in the book takes a DNA test to find out if they still have the same ancestors. This is particularly peculiar because the main characters, Anders and his girlfriend Oona, a yoga teacher, spend much time caring for their aged parents. You’d think it would come up…

Or you might wonder what nonwhite men who have obtained white women think when their hard-won prizes turn brown? But Hamid isn’t interested in unsettling questions like that.

No critics have brought up these obvious questions because the race-does-not-exist dogma is so strong these days. In The New York Times, for instance, Ezra Klein was impressed by Hamid’s hilariously lame explanation of “whiteness”:

A. I think that I would probably start by saying it’s something that’s been imagined into existence. So it’s unclear to me if there’s really such a thing as whiteness. I think that whiteness is one of these imaginary categories. But once it’s imagined into existence, it does all kinds of stuff, and it operates in the world. And it means that some people imagine themselves as belonging to a group that’s white, and others not.

This is the kind of embarrassing Ta-Nehisi Coates-level inanity that impresses cultured people these days as profound.

The most hostile review The Last White Man received was in The Atlantic, where the half-black critic was offended that Hamid wasn’t antiwhite enough, that he dared let some of his ex-white characters be wistful about what they used to be. She tweeted:

But ‘The Last White Man,’ with its po-faced conceit of white people transforming “dark,” both literalizes and empathizes with the paranoid, asinine Great Replacement theory. Hamid says in interview: “What might it feel like to live in a town that undergoes [that] transformation?”

You could ask longtime inhabitants of Rotherham, England, what Pakistani-driven demographic change is like.

First of all, migration adds; it does not “replace”; this is not a zero sum game. “Darkness” is not some ancient curse or new revenge to be borne by an innocent “whiteness”; both are the result of a racial order that was and continues to be violently imposed on the modern world.

To treat “whiteness” as a thing that can be “lost”—in Hamid’s novel, “mourned”!—distorts the fact that it is not a cultural or ethnic monolith but a shifting, exclusionary ideology that, again, requires violence.

Yet, whiteness hasn’t been very exclusionary toward Hamid, who was born in Pakistan but grew up in Palo Alto, where his father was an academic at Stanford. He graduated from Princeton and Harvard Law School, became a McKinsey consultant, and then an award-winning novelist (although he still keeps his hand in the lucrative brand-consultancy game). In other words, the white man’s world has been very, very good to Hamid.

When asked about his motivations for writing The Last White Man, he talks about how offended he was after 9/11 when airport security checked him over more closely than before, and about his worries that Brexit and Trump suggest that the people of the West might become less inclined to share their countries with ever more millions of Pakistanis:

In country after country, we’re seeing this idea that there is some group that conceives of itself as a dominant group, and sees its position as under threat—and so having a nostalgic politics in response to that threat.

Hamid, himself, looks rather white for a South Asian. So you can understand how impertinent it seems to him for Americans and Englishmen to question the right of a hereditary Aryan overlord like himself to move to their countries if it is his whim.

As a prose stylist, Hamid is addicted to run-on sentences. Usually, novelists who prefer long sentences have complex ideas to get across, but Hamid does not. I presume from his glittering résumé that he is a smart man, but his tiny novel’s premise doesn’t bear in-depth consideration.

Instead, Hamid reads like Hemingway if his printer had found, on deadline, that he didn’t have enough periods in his type tray for Ernest’s short sentences, so he substituted commas instead. Here’s a fragment of one of Hamid’s sentences about Anders’ dying dad that would have won the old Bad Hemingway Contest:

…he had lived with a fear a long time, and he had not let fear master him, not yet, and he would try to continue, to continue to not let fear master him, and often he did not have the energy to think, but when he did, he thought of what made a death a good death, and his sense was that a good death would be one that did not scare his boy, that a father’s duty was not to avoid dying in front of his son, this a father could not control, but rather that if a father did have to die in front of his son, he ought to die as well as he was able, to do it in a way that left his son with something, that left him with the strength to live, and the strength to know that one day he could die well himself, as his father had, and so Anders’ father strove to…

The good news is that The Last White Man can’t be made into a movie, not only because it’s too boring and too impossible to visualize non-laughably, but also because of all the blackface.