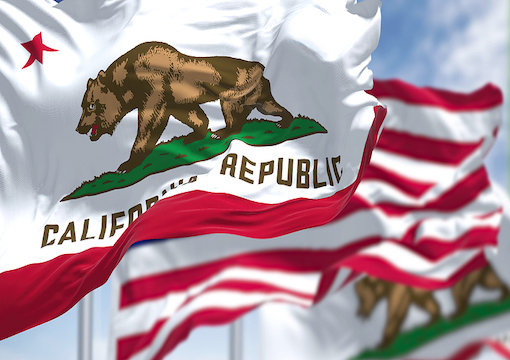 In the words of John Goodman from Barton Fink, “Jesus, it’s hot.”

But you wanna know what’s killing me worse? You people hyuck-hyucking about how California can’t keep the lights on. A thousand Twitter automatons mindlessly posting the California/Titanic meme. Fox’s The Five doing an entire segment about the “California blackouts” (“a nightmare for millions!”). Every rightist blue-check snarking about the “California blackouts.” Like Newsmax’s Craig Huey: “Crazy how Arizona and Texas are hotter than California but they have electricity. Gavin Newsom right now: Hello darkness, my old friend. #CaliforniaBlackout.”

Yes, state and local authorities did ask residents to conserve during peak hours. But guess what? During their own heat waves this summer, Texas and Tokyo issued the exact same advisories (“But wait, them’s the good gahs!”). And neither Tokyo nor Texas have California’s population. If they needed those advisories, we sure as hell did too.

I’m not bringing this up to defend California’s Democrats. Who do you guys come to for the straight scoop on our abysmal politics? Me, right? I hate the folks in charge here. But by crying wolf about blackouts, all you’ve done is strengthen Newsom’s hand (and keep in mind, soon enough he might be your problem as much as ours). Newsom can now say, “The right-wingers said we couldn’t keep the lights on, and I proved ’em wrong!”

It’s troubling the extent to which rightists can convince themselves that something’s happening, based on desire but no evidence, and before you know it, a viral “truth” has hatched that becomes part of permanent rightist lore. Should Newsom take the national stage, rightists will slam him for the “2022 blackouts” instead of the real issues he’s actually vulnerable on. And when they’re called out on it, they’ll do the “double down” maneuver, where a side skirmish over an error dwarfs the cause the error was supposedly in service of, because ceding even the smallest ground, abandoning even the slightest misperception, makes you a “RINO.”

Ah hell, don’t mind me. I’m too cheap to run my AC all night, so I’m just hot and grumpy. We have some heavy rain coming thanks to a hurricane down Mexico way, and if you lived in SoCal you’d know that our blackouts are more often caused by rain than heat, because our infrastructure’s built for the latter not the former. So maybe we’ll give you a nice little blackout after all (edit: Nope, we got through the storm just fine).

Look, I know I can be a scold. But that high horse pulls the wagon of my favorite recurring theme: When it comes to that core defining leftist policy—antiwhiteness—leftists are bold, unapologetic, aggressive, and joyful in its pursuit. On the other hand, when it comes to countering antiwhiteness, rightists are meek, contrite, defensive, and reluctant. So even if not consciously, they look for distractions, issues they can boldly, unapologetically, aggressively, and joyfully delve into that don’t involve race.

Mocking California for blackouts is a totally safe issue; no race involved at all. Hence, the desire for California blackouts was so strong, it became the issue of the week even though it was a complete fiction. Gutfeld and the other Fox superstars on The Five could do a rollicking ten minutes on it without mentioning race once. Meanwhile, blacks in Memphis have gone full zombie apocalypse since the election of a Soros DA, but it’s impossible to cover that story without gettin’ blacky with it.

“So, broad strokes, the ‘movie’ is just a collection of conservative memes brought to life by actors.”

When you hyuck-hyuck about California going dark, nobody gets hurt. Well, your credibility tanks because you’re mouthing a falsehood, and you empower execrable maggots like Newsom, and you avoid issues like crime that might actually interest blue-collar white voters.

But other than that, nobody gets hurt.

As in, no one gets called racist. That’s what made the nonexistent California blackouts such a sought-after talking point. Because nobody on the right takes joy in talking about race the way leftists do. Nobody on the right has the desire to broach race, and leftists desire only to broach race. That’s why, on that topic, the left will prevail. The kid who genuinely enjoys playing piano will always become a better pianist than the kid who’s pushed into it by his parents and who spends practice daydreaming of doing anything else.

Pundits on MSNBC can do an hour on why whites suck, and you can see how much they’re getting off on it. The folks at Fox, Breitbart, Daily Wire, etc. speak of racial matters reluctantly and only in the most careful manner, and they absolutely crave any reason to not speak of it.

Consider Phelim McAleer. He’s the conservative impresario behind the latest “this’ll win the culture war” disaster, the crowdfunded movie My Son Hunter. The Irishman McAleer is a leprechaun who seeks other people’s gold. He shears rightists by finding what they’re passionate about, creating a crowdfunder around it, and raking in the bucks. Guys like him are instructive; follow his rainbow, and you’ll see what conservatives are willing to spend on.

That’s how you gauge any group’s true interests.

In past years McAleer’s raised millions of dollars for movies about fracking (FrackNation; that dough came from the fracking industry), abortion (Gosnell; that money came from rank-and-file donors), and now My Son Hunter (ditto).

McAleer raised $2.5 million for the Hunter Biden film. What he delivered is one of the most appalling abominations I’ve seen in my life. FrackNation was a well-made movie. Gosnell was mediocre (review here). But My Son Hunter? It’s the Plan 9 From Outer Space of conservative films.

I don’t want this entire column to be a movie review, but it’s unfair to be condemnatory without giving reasons. So, broad strokes, the “movie” is just a collection of conservative memes brought to life by actors. The CNN “mostly peaceful fiery riot” meme. The “black face of white supremacy” meme. “Epstein didn’t kill himself!” “Dog-faced pony soldier!’” “Never let a crisis go to waste!” “Truth over facts!” Ninety minutes of playacted memes that will make conservatives cheer, “Oh wow, that’s familiar to me!”

It’s like how the audience at a corporate retreat cheers when a hired-gun has-been entertainer works their names into his routine: “My breakfast was pretty bad…but not as bad as BETTY BAXTER’S break-room coffee! Amirite?” [Uncontrollable audience laughter] “And the directions to get here were confusing, but not as confusing as MR. FENDELMAN’S interoffice memos! Amirite?” [People dropping dead from laughter]

With the exception of the guy playing Hunter, the acting, by a badly dubbed Serbian cast, is atrocious (Gina Carano, on the other hand, should’ve been dubbed; it could only have helped). Every joke is repeated twice just to make sure you got it (and the jokes are punctuated by “boi-oi-oi-oinnnng” sound effects like America’s Funniest Videos). And the screenplay structure, and I’m badly abusing the word “structure” here, is this: For forty minutes we follow Hunter Biden at fully dressed orgies (can’t upset the Christians!) until he meets a throwaway hooker character (it’s literally at the forty-minute mark that Carano robotically announces, “Our story starts…”). For the next thirty minutes Hunter spills his guts to the hooker about his misdeeds, rattling off names and places with a speed geared toward people who already get the references, and then in the final ten minutes the screenwriter apparently realized he needed a story of some sort so the throwaway hooker turns out to be a Chinese dissident activist who lectures Hunter about Uyghurs and then storms off to reconcile with her Serb father for reasons never explained and then she dreams of Trump winning the 2020 election as conservative newscasters do fist pumps.

Fade to five minutes of CNN clips as credits roll.

Seriously, the scene where the blond hooker declares I am a Uyghur is the only thing in the movie that made me laugh because it brought to mind Navin Johnson yelling “I am a nigger” before karate-chopping the slumlords.

If the hooker’s father had turned out to be Iron Balls McGinty, I’d have given the film an A+.

The thing is, though, many of you are eatin’ the movie up. And why not? You paid for it; it’s made to your specs. The film will give you what you want: a warm fuzzy feeling of contentment that now “we” have a “real Hollywood film” that delivers a message with jokes (that aren’t funny), sex (fully clothed), melodrama (a tacked-on ending about Uyghurs and a Serbian dad that comes out of left field), and nothing problematic like race.

Enjoy it; no one else will (nonideological viewers will have to wade through the memes to get to the forty-minute mark before any “laptop info” is thrown at them, and I doubt most will have the patience for that). McAleer delivered what he promised (though I question whether the entire 2.5 mil went to the production. But hey—you seen the price of corned beef these days?). In that way, he serves you better than Steve Bannon, who outright stole money from you to (not) “build a wall.” And the fact that so many MAGAs are still in his corner proves my point about priorities; MAGA’s are more passionate about fighting for Bannon, who defrauded them, than they were about the wall he defrauded them to supposedly build. The lack of anger over Bannon and his accomplices stealing the wall money speaks volumes; many activists never really wanted that wall, and when the fight shifted from “build the wall” to “back Bannon against the prosecutors,” their enthusiasm only increased.

Because fighting for Bannon against the prosecutors means you don’t have to talk about race (which you did when it was all about the wall). My point exactly from last week about how Trump’s (actually, Coulter’s) 2016 immigration platform appealed to voters more than activists.

Professional shearers like McAleer and outright thieves like Bannon are listening to you. Unlike GOP leadership, they actually do want to know your priorities. You’re a mailing list to them, and like all hucksters, they need to know what motivates the marks to spend.

And you’re telling them. If you cared about the wall, you’d be angry about the theft (remember, Bannon’s two coconspirators pleaded guilty. They admitted the con). The fight that interests many of you isn’t “America vs. Third Worlders” but Bannon vs. prosecutors. Deep down, MAGAs are as eager to avoid race as the Tea Partiers were.

And even if Bannon did help himself to a few bucks, lookin’ the other way when you get robbed by a fellow brutha is better than turning him over to the Man.

See? We do all bleed red. Scratch a MAGA, find a “snitches get stitches” ghetto thug.