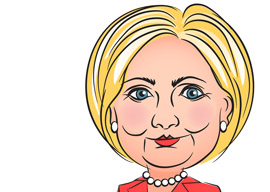 I have to admit, I”ve never minded being the only Jew in a room full of anti-Semites. To be surrounded by people who sincerely believe you have preternatural inborn powers and abilities is actually quite the ego boost. When dealing with the segment of the alt-right that isn”t terribly fond of folks of the Jewish persuasion, I take absolutely no offense at any barbs thrown my way. Frankly, I can”t understand why that sawed-off pip-squeak egotist Ben Shapiro doesn”t join me. He was always the type to pick and choose his friends for maximum ego-stroking. He ought to migrate to the alt-right; you”ve never been verbally fellated until you”ve been accused of being an evil, all-powerful, world-controlling demigod.

Hell, the alt-right won”t even let me cop to mistakes. When I tell some of my “fans” that, as a neocon, I supported the invasion of Iraq under a very mistaken belief that the outcome would be much better than it was, I”m always told, “Save them lies for the sheeple. You know damn well you Jews planned this whole thing”ISIS, anarchy, the refugee crisis, all so’s you can flood the West with mud people and build your damn “Greater Israel.” Jews don”t make mistakes; they always know what they”re doing.”

Well, you got me there, crackerbarrel. Can”t put anything past you. We Jews are way too smart to ever make a clumsy misjudgment of such massive significance.

Just as I find myself unbothered by the anti-Jewish elements on the alt-right, I also have no problem with the more traditionally conservative Trump supporters who seem to not only embrace the “low-information voter” designation, but don”t even consider it a slur. You know the type; they always start out every statement of praise for their candidate by declaring, “I may not be some highfalutin intellectual” or “I may not have no fancy education” or “I may just be simple country folk,” only to lead into their explanation of why their gut tells “em that Trump is the right man for the job.

That kind of “I”m plain as dirt but I knows what I believe” voter doesn”t phase me one bit, because they”re not trying to masquerade as something they aren”t. Plus, inherent in their shtick is a de facto admission that I”m smarter, at least book-smarter, than they are. So, again, the ego-boost thing.

Sadly, the one type of American voter who grates on me like a nursery full of shrieking, colicky newborns is the infernal species I”m doomed to live among here in L.A.”the leftist hipster. Leftist hipsters have neither the Trumpkins” aw-shucks humility nor the anti-Semites” worshipful admission of the Jews” place as overlords in the human pecking order. Leftist hipsters are defined by their smugness, their pseudo-certainty, and their unyielding belief that their views are based on science and rationalism, whereas everyone else’s are based on ignorance, superstition, and fear.

“We might as well have the candidates debate what our colonies on Mars should look like.”

There is nothing that is not foul about leftist hipsters. They traffic in the very fear, ignorance, and superstition that they accuse others of employing. Leftist hipsters will be the first ones to accuse conservatives of being “racist,” yet almost every political move the leftist hipster makes is in some way rooted in a pathological hatred of white people, a hatred that leftist hipsters”most of whom are themselves white”view as the ultimate self-critical virtue-signaling: “Look how evolved, enlightened, and noble I am”I”m willing to hate my own skin color.”

The night of the Brexit vote, I had a leftist hipster patiently explain to me that my fears about Muslims “invading” Europe through mass immigration are ignorant and unfounded, because the real threat is that now, with the U.K. severed from the E.U., England will most certainly reconquer India and reestablish Rhodesia. The leftist hipster in question, a New York avant-garde “artist” of some small acclaim, said this with a completely straight face, a face that reflected her absolute metaphysical certitude that whereas fears of Muslim immigrant rapists and jihadists are completely rooted in fantasy, the fear of England retaking India is thoroughly grounded in science and rationalism.

I”ve been consistently amused over the past few weeks at the sight of leftist hipsters trying like hell to sell themselves on Hillary Clinton. The average leftist hipster was a Sanders supporter, because of course we all know that socialism works perfectly”it’s been scientifically proven by professors in Ivy League classrooms”and reports of the collapse of Venezuelan society under the weight of Hugo Chavez’s socialist policies are nothing more than lies cooked up by “Pox News” or “Faux News” or what have you. Only the superstitious and irrational see food lines in Caracas; the “IFL science” freethinkers see the reality”well-fed noble brown people riding solar-powered unicorns to markets overstocked with fair-trade soy burgers and free-range tofu drumsticks.

But sadly, as deluded as leftist hipsters are, they can still read the writing on the PBR can. Sanders is on his way out, and with Trump on track for the GOP nod, it’s going to be Hillary versus “like, literally Hitler.” So of course the hipster crowd needs to find a way to support a warmongering drone-loving Wall Street-backed unremittingly corrupt rapist-defending Democrat.

Oh, sure, they could support her purely as the anti-Trump, a reluctant vote in the name of saving the world from (did I mention like, literally?) Hitler. But leftist hipsters could never be satisfied with that, because their psychological stability depends on maintaining the illusion that everything they do is grounded in rational progressivism and noble intentions, and voting for one bad person merely to defeat another bad person doesn”t offer the kind of reinforcement of intellectual superiority that, say, hating on one’s own skin color does.

No, an actual reason to support Hillary is needed. Needless to say, that’s a tall order, considering that she has been condemned as a poor candidate by both Comrade Sanders and virtuous black man Obama (back in “08). But nothing is impossible for the plucky demographic that gave the world Pomplamoose. The same night that I was informed of Britain’s plan to reanimate the Raj, I was involved in a fascinating online discussion with Mark Ebner and his friends. For those who may not know, Ebner is an accomplished, best-selling investigative journalist and TV host who specializes in celebrity scandals. His exposÃ©s of Scientology have garnered international acclaim, and he was one of the first journalists to break the story of Bill Cosby’s alleged sexual improprieties.

And he hates Trump. Quite passionately.

Ebner, who resides in L.A., has a lot of hipster friends (as do I, so I can”t really hold that against him), and the night of the Brexit vote, they were engaged in a vibrant debate regarding how best to engender the kind of “passion” for Hillary that could motivate disillusioned Sanders supporters to go all-in for Betty Benghazi. Again and again, the contributors to the thread kept striking out in their search for the magic hook upon which leftist hipsters could hang their support for the crooked corporate harpy.

But never forget the infinite monkey theorem. After a number of false starts, true-crime writer and prominent celebrity ghostwriter Gil Reavill hit the nail on the head: Support for Hillary must be promoted in the name of “the reproductive rights of the women you know and love.”

As Hans Landa would say, that is a bingo! Ebner himself thumbed-up the concept. It’s gotta be all about abortion. While the ignorant, superstitious, racist, (air quotes) God-fearing conservatives fearmonger about unimportant things like Hillary’s corruption and untrustworthiness, rational progressive hipsters need to understand what really matters in this election”the fact that women are about to lose the right to have doctors tear the living shit out of the fetus-shaped tumors that somehow randomly sometimes start growing inside of them like an unwanted violinist.