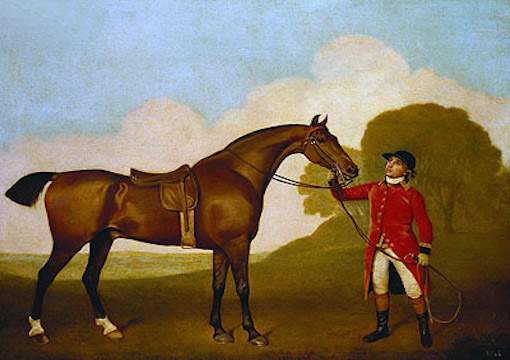 How did Shakespeare use the word “race”?

During the current Great Awokening, the Enlightenment of the late 17th and 18th centuries has increasingly come under attack, both on general principles (Who needs reason when you have Lived Experience?) and for taking a scientific interest in race.

To today’s sensitive ears, Linnaeus’ Enlightenment project of categorizing plants and animals into species and men into races sounds pseudoscientific, anti-social-constructionist, and downright transphobic in its emphasis on distinctions.

Moreover, the French Enlightenment’s emphasis on lucid prose as an aid to clear thought is increasingly annoying to the Woke.

So, it’s worth looking at how the English language’s best-known pre-Enlightenment writer, William Shakespeare (1564–1616), used the word “race” in his plays and sonnets.

While always highly popular, his ascent to the pinnacle of prestige dates to the fading of the Enlightenment into the Romantic era of the late 18th and early 19th centuries. Shakespeare was very much not a French philosophe. He represented instead the apogee of the allusive English poetic tradition in which unexpected connections and metaphorical linkages are more prized than clarity.

Not surprisingly, then, the meaning of the word “race” keeps shifting in Shakespeare so that you can never pin him down to a single meaning. Yet, each shade of definition seems weirdly related to each other variant.

This is not to say that Shakespeare made up new uses for “race.” Now that huge amounts of text by lesser old authors have been digitized, we find that Shakespeare didn’t coin quite as many terms as was once believed. The verbal culture of the Renaissance English was a lush one even before Shakespeare. But he was the cleverest exponent of the English language, so he’s the most accessible literary source for a word’s overlapping old meanings.

Thus, Shakespeare’s understanding of the word “race” was messy but also thought-provoking, and it can help us understand race better than just today’s somewhat desiccated standard meaning of a continental-scale human regional group distinguished by skin tone, hair, and/or facial features, which allows science-denialist tropes that race does not exist to flourish.

There have been two general ways to think about race. The first is the top-down Linnaean scientific approach in which people of unknown ancestral heritage are grouped together according to physical clues that they are related.

The other way is bottom-up: Your parents told you who your ancestors were.

Shakespeare lived in a time when the latter was more natural than the former.

Central to Shakespeare’s various uses of race are horses, their racing and their breeding, which tended to blur in the English mind. The old French word “haras” for stud farm had become the Italian razza, the Spanish raza and the French and English word “race.”

This led to an equine double meaning: A race is what horses run, and race describes breeds and families and lineages and pedigrees, whether horsey or human. It’s sort of a pun on the part of Shakespeare (and the English language), but he’s also calling attention to the similarity between horse breeding and human breeding, especially royal or noble lines.

Then can no horse with my desire keep pace;
Therefore desire of perfect’st love being made,
Shall neigh—no dull flesh—in his fiery race;
But love, for love, thus shall excuse my jade;
Since from thee going he went wilful-slow,
Towards thee I’ll run, and give him leave to go.

Forspent with toil, as runners with a race,
I lay me down a little while to breathe;

But a horse race can also be a species, breed, herd, or cohort. From The Merchant of Venice (V, 1):

For do but note a wild and wanton herd,
Or race of youthful and unhandled colts

And Duncan’s horses—a thing most strange and certain—
Beauteous and swift, the minions of their race

The British have been notoriously crazy about horses and horse racing for a very long time, although medieval English horses weren’t terribly fast. Shakespeare’s Henry V contrasts the brilliant French warhorses with the broken-down English jades at the battle of Agincourt in 1415.

A long effort to import better Arabian and Turkish sires, such as the Byerley Turk, and to carefully breed them eventually led to the foundation of the world-conquering thoroughbred breed in the 18th century. By Victorian times, horse racing was seen around the world as quintessentially English. In countries like Argentina, the Jockey Club was the redoubt of the Anglophile faction. From the 18th-century English Agricultural Revolution’s obsession with artificial selection of livestock emerged the key British scientific breakthrough of the 19th century: Darwin’s theory of natural selection.

The English of Shakespeare’s era, before the British empire, may have taken as much scientific interest in regional horse breeds as in regional human races. For instance, in Othello, Shakespeare is vague on whether the Moor of Venice is a swarthy Moroccan Caucasian or a black sub-Saharan. (I’d bet the latter, but the evidence isn’t conclusive.)

Pre-Enlightenment Westerners tended to think of races in directional rather than discrete terms: Moors were from down south, and the farther you went thataway, the more Moorish they were. Like many people in that era, Shakespeare, who never left England, didn’t seem to worry too much about the geographic fact that the Sahara created a racial discontinuity between North Africans and West Africans.

“Shakespeare inherited from his culture a rich understanding of how sex and race are related, an insight that seems to have largely been lost in modern America.”

Shakespeare’s only possible usage of “race” in the contemporary sense is in The Tempest where the enslaved Caliban is abused by the shipwrecked Miranda whom he had tried to rape:

But thy vile race,
Though thou didst learn, had that in’t which good natures
Could not abide to be with;

A devil, a born devil on whose nature
Nurture can never stick,

From this, Francis Galton extracted the useful nature/nurture dichotomy.

But whether Shakespeare intended the half-human Caliban, the only inhabitant of the island, to represent a group or a lone hybrid is unclear.

Shakespeare anticipated the phrase “the human race” in Timon of Athens:

And grant, as Timon grows, his hate may grow
To the whole race of mankind, high and low!

Other uses of race in reference to humans tend to be genealogical: race as dynasty. For example, in Richard III (V, 3), the princes in the tower tell the future King Henry VII:

Live, and beget a happy race of kings!

Antony whines to Cleopatra that he should have stayed home and started “a lawful race” (i.e., legitimate family):

Have I my pillow left unpress’d in Rome,
Forborne the getting of a lawful race,
And by a gem of women, to be abused
By one that looks on feeders?

Class is race in Shakespeare. From Pericles:

That pupils lacks she none of noble race,

Race and class are pretty much all pedigree to the Bard, even though Shakespeare was, like his father, a social climber who purchased the right to an expensive coat of arms. It had to be justified by appeal to ancestry—one forebear had fought for Henry VII, this violence rationalizing the Shakespeares as “gentle.”

My reader Syonredux points out:

By the way, the endless controversy over Shakespeare’s identity is basically a nature v. nurture question. The anti-Stratfordians argue the provincial striver from Stratford couldn’t have gotten a good enough nurture to have written Shakespeare’s works. The mainstream is in the nature camp: he was aided by good nurture and the right era for his talents, but he was also a natural genius.

Shakespeare himself, who didn’t seem to have many objections to the English class system, might have pointed out that his mother, Mary Arden, was a member of what is one of only three recognized old Anglo-Saxon aristocratic families that predate the Norman Conquest, along with the Berkeley and Swinton clans.

Nor in Shakespeare is there much distinction between genotype and phenotype. Having noble ancestors makes you noble. If you don’t act noble, that suggests your mother cheated upon your father with a peasant. From Henry VI, Part II:

Blunt-witted lord, ignoble in demeanor!
If ever lady wrong’d her lord so much,
Thy mother took into her blameful bed
Some stern untutor’d churl, and noble stock
Was graft with crab-tree slip; whose fruit thou art,
And never of the Nevils’ noble race.

And therefore “race” can mean one’s personal nature, as in Measure for Measure:

And now I give my sensual race the rein:

Even when Shakespeare cites a shopping list containing “a race or two of ginger,” he’s referring to a root, which sounds related to ancestry, even though it just means a root.

This is not to say that Shakespeare was an etymologist. But he inherited from his culture a rich understanding of how sex and race are related, an insight that seems to have largely been lost in modern America—and because America now dominates global thinking about race, the world.

In the Does Race Exist? debates, it’s common for participants to assume that the word “race” can only have its current American meaning of a continental-scale grouping recognizable by surface features.

And yet that clearly is an imposition of the unusual history of the United States (in which people came from the far ends of the earth by ship) onto a word that traditionally often meant something smaller, subtler, and more genealogically based, such as lineage, breed, family, pedigree, or stud. I don’t see why this idiosyncratic recent American development should be wholly privileged in thinking about the concept of race over the older, richer traditions.

Since the 1990s, I’ve argued for a grand unified perspective on biological relatedness, in which both family and race are seen to be products of the same process of sexual reproduction. A racial group would then be a type of extended family, one that has some distinctiveness due to some inbreeding.

Shakespeare might have thought there was something to that idea.