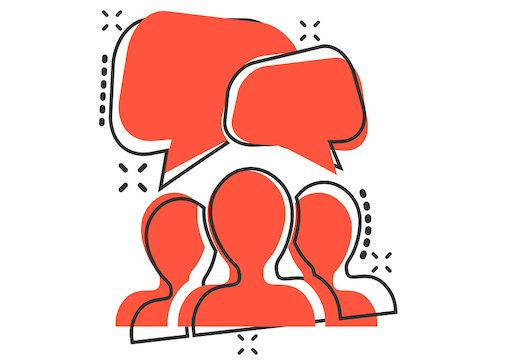 When faced with a new conundrum with no certain answer, the single most valuable political principle is precisely what many people simply can’t abide at this moment: freedom of speech.

During the novel coronavirus crisis, when nobody has proved infallible, we need, more than ever, an open marketplace of ideas in which opposing strategies are fiercely debated.

For example, on March 31, New York City intensive care unit doctor Cameron Kyle-Sidell posted a landmark video of his resignation from working in the emergency room because he couldn’t in good conscience put so many people on ventilators. He explained that the protocols calling for frequent intubation of COVID-19 patients were doing more harm than good:

I believe we are treating the wrong disease and that we must change what we are doing if we want to save as many lives as possible…. It is highly likely that the high pressures we’re using are damaging the lungs of the patients we are putting the breathing tubes in. It’s not our fault. We didn’t know.

By later April the consensus had shifted among emergency room doctors in Kyle-Sidell’s direction. Ventilators seldom saved lives, with 88% of resolved ventilations ending in death in one New York hospital chain.

Instead, less intrusive oxygen and having patients lie on their stomachs appeared to be at least no more ineffective and far less demanding of nursing resources. The public was advised to purchase pulse oximeters and monitor the oxygen levels in their blood so they could get to the hospital early for nonintrusive treatment before their lungs were severely damaged.

Kyle-Sidell refusing to shut up about this discovery meant that the biggest fear about the current pandemic—that hospitals would be overwhelmed by coronavirus, leaving patients with conventional ailments such as heart attacks and strokes to die in the parking lot—was less realistic than had been feared.

Flattening the curve has so far proved surprisingly feasible in most American cities outside New York, where the stress on the hospital system, which peaked around April 7, has likely sextupled total deaths and contributed to an infection fatality rate approaching one percent. But much of the country has seen its hospitals far less slammed than was predicted.

“Many now wish everybody who disagrees with them could be forced to shut up and do as they are told.”

Despite this example of the usefulness of open debate, censorship is growing, along with elite enthusiasm for making emergency rules permanent. Susan Wojcicki, CEO of Google subsidiary YouTube and the main force in the firing of James Damore, said that YouTube will be stifling:

Anything that would go against World Health Organisation recommendations would be a violation of our policy.

Of course, the World Health Organization has thus far not distinguished themselves for their wisdom. For example, WHO supremo Tedros Adhanom Ghebreyesus declared in March:

Stigma, to be honest, is more dangerous than the virus itself. Let’s really underline that. Stigma is the most dangerous enemy.

That was almost as memorably stupid as when General George Casey, the U.S. Army’s top officer, announced after Major Nidal Malik Hasan murdered thirteen people in an Islamist frenzy:

Our diversity, not only in our Army, but in our country, is a strength. And as horrific as this tragedy was, if our diversity becomes a casualty, I think that’s worse.

Meanwhile, numerous influential thinkers are proclaiming that the coronavirus catastrophe is, when you stop and think about it, kind of a good thing because it is accelerating certain needed changes, such as junking the First Amendment.

For example, in The Atlantic, law professors Andrew Keane Woods and Jack Goldsmith (who is best known for a recent book arguing that his stepfather didn’t actually murder Jimmy Hoffa the way people keep insinuating) crow:

Internet Speech Will Never Go Back to Normal: In the debate over freedom versus control of the global network, China was largely correct, and the U.S. was wrong.

In reality, the case for free speech is stronger now than ever. Both the scientific and the economic questions at hand are unprecedented, so our Kyle-Sidell-style freethinkers are of peak value. For instance, is telling people to shelter indoors wise, or would they be better off spending some time outdoors in the wind and sun?

At present, there is a huge spat over whether local governments should allow citizens to go to the beach during heat waves. You might think that Blue America, with its abundant coastline, would be more liberal about beach-going than mostly inland Red America. But back in March, most of the beaches that were warm enough for fun in the sun were in states with Republican governors, such as Florida, so Democrats have since become obsessed with their prejudice that citizens frolicking on beaches would be the doom of us all (when, in reality, mass transit, especially the New York subway, appears instead to have been the worst vector).

The scientific evidence, such as it is, vaguely suggests that ocean breezes and vitamin D are not bad in the current crisis. But who cares about science when Science can be trusted to tell us our partisan foes are Bad and we are Good?

Seriously, we don’t yet have much of a clue how long the economy ought to be kept locked down (if at all), nor how best to nurture it back to life again. Some of the government shutdowns of low-risk businesses, such as of golf courses, have obviously depressed the economy needlessly, but will dentists’ offices and tourism come back before the danger is lessened?

But, precisely because in this unprecedented situation nobody knows for sure what to do, many Americans find dissent distressing, much like Germans in 1933 found the Führerprinzip an appealing alternative to all that arguing in the Reichstag.

Many now wish everybody who disagrees with them could be forced to shut up and do as they are told. After all, they have, whatever their views, Science on their side and their enemies do not.

Unfortunately, scientists and doctors have so far not covered themselves in glory. For example, we still don’t know for sure if this new virus is spread more by touching objects, as in a store, or by talking to people, as in a bar. Obviously, that’s an important question in restarting the economy, but the public health establishment early on bet most of their chips, perhaps wrongly, on Touching Things as the big danger, which justified their obsession with handwashing and their dismissal of facial masks.

This is not to say that washing your hands is bad, just that it turned out not to be the talisman to protect your health that you were assured it would be in February and March.

Granted, one of the reasons we were told, over and over, that Science proves we shouldn’t wear masks was out of a Machiavellian but rational desire to preserve the shamefully few facial masks in stock for doctors.

And a few deep thinkers in the Establishment might have been worried that the Chinese shutdown of exports of medical masks might raise awkward questions about the wisdom of globalization. And there might even have been some profound pundits who realized that the inevitable resentment of the Chinese in America who methodically stripped all the N95s from the shelves of American retailers and mailed them home to China would be bad for their politicians…if anybody noticed, which almost nobody has.

But, mostly, respected sources had somehow convinced themselves years ago that Americans are too stupid to wear a mask effectively. This is one of those counterintuitive views that members of an elite hold in part because you have to be a member of the elite to believe something so dumb. It’s a fraternity handshake that shows you took a public health course in grad school.

Similarly, public health experts in the West were all taught that Science had proved that travel restrictions and quarantines couldn’t possibly help, so of course Trump’s late-January quasi-ban on Chinese arrivals was racist stupidity. Unfortunately, the screams from the woke over this mild measure seemed to convince Trump that he’d done more than could be expected, so he proceeded to waste February.

Nationally, up through April 4, excess deaths were about twice official coronavirus deaths in the U.S., so we are likely up to 100,000 deaths by now.

On the other hand, the number of “quality-adjusted life years” lost per coronavirus death is likely strikingly low. Thus, in the Washington Post article about recent excess deaths not being counted as due to COVID-19, their featured example is the passing of a 99-year-old man.

So…are we doing the right things?

Let’s argue about it.

That’s why we have a First Amendment.