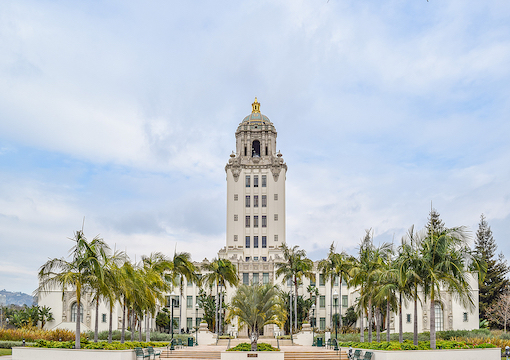 L.A.’s criminal underclass has only just realized that the county’s Covid-mandated outdoor dining lends itself well to grab ’n’ go robberies (amazing the revelation didn’t occur earlier, but low IQ leads to terrible R&D). The MO is simple: Case the patrons from the sidewalk—look for purses, watches, wallets on tables. Then just reach over the divider, swipe, and run! We’ve had several such robberies over the past three weeks, the culprits fitting the same racial profile (“extremely not Norwegian”).

Two weeks ago, the restaurant rustlers came to my beloved Beverly Hills. Diners at a posh eatery were having a fine afternoon meal, oblivious to the criminality of their privilege, when three black gentlemen who’d likely walked by earlier (sadly unprofiled) to scan the diners for valuables charged a Hebraic fellow who was wearing a massively expensive watch. They shoved a gun in the guy’s face and began trying to remove the timepiece.

Unfortunately for the Pips, they picked the wrong Shlomo. They probably thought this “Beverly Hills Jew” would be a pushover. But always know your target area’s demographics. Persian and Israeli Jews aren’t nebbishy wimps like Woody Allen and Rob Reiner. They haven’t been raised on a steady diet of cowardice and guilt. For these Jews, “1619” signifies nothing more than a sexual position for a foursome. The Three Duskiteers likely assumed that their mark would respond to the robbery by whining, “Oy, take my watch, you poor oppressed mensches. And take my wallet, too…such a deal!”

But no. The Eilat-born Jew they descended upon Krav Maga’d the living shit out of the thugs, wrestling the gun to the ground where it discharged, ricocheting off the pavement and grazing a nearby diner’s ankle. The Tuskegee Welfaremen panicked and took off like the Three Stooges, leaving their gun behind and knocking over a female pedestrian in their path.

The errant gunshot caused frightened outdoor diners to stampede indoors in defiance of social distancing rules, a testament to the power of diversity to bring people together.

In response to the incident, Beverly Hills Police Chief Dominick Rivetti—you gotta love a chief with a name right out of a 1980s cop show—made it clear that BH is not L.A. “We invest significantly in our police department to ensure our officers have every resource necessary to do their jobs effectively,” he said—no “defunding” in this town. He announced that starting immediately six marked cars and twelve officers on foot would be added to the dining and retail areas, ready to pounce upon “those who make the grave mistake of committing crimes here.”

Imagine that—a police chief who responds to a brazen violent crime by promising to enforce law and order, instead of offering apologies and self-flagellation (“you poor dears; we’ll defund our department to make you feel safe the next time racism forces you to steal bread for your family”). The local paper even ran the description of the assailants, including their skin color…something the national media refused to do.

This is why, in response to the question I get at least once a week on Twitter, I don’t “move.” Why I don’t “get out of Commiefornia.” I like my city.

But also, I want to stay here to see how things play out. I’d rather observe the demographic shift than run from it, in part because I don’t think the shift is entirely bad. The black gentlemen who went after that watch are on the way out. They’re an anachronism. They’re Patsy and Burt trying to shake down a Starbucks on The Sopranos; the neighborhood’s changed, but they haven’t. They know one trick and it doesn’t work anymore. Blacks try to mug a Mexican, they get swarmed by a hundred Mexicans. They try to rob a Beverly Hills Jew, they get put on the canvas by an Israeli. As the number of blacks in the county and state decreases daily, what we’re seeing with robberies like the one in Beverly Hills is the last gasp of a dying community.

“I’d rather observe the demographic shift than run from it, in part because I don’t think the shift is entirely bad.”

We are the immigrant state, with all the good and bad that entails. Blacks are exiting, Hispanics are here to stay (I vaguely recall some blowhard in 2016 promising “deportations day one” if he were elected president…and something tells me that if that pompous Platinum Plan windbag didn’t do it, nobody ever will). Our Indians don’t shit in the street (in fact, they’re at the top of the net-worth chart, a testament to the benefits of potty training). Our Persian Jews might be the most annoying people in any nightclub—guaranteed—but they don’t spend their every waking moment corrupting the nation with communist rot like the Rosa Luxemburg types who set down roots a century ago.

See, in Cali we’re past the point of hypothesizing about “what will happen when immigrants flood us.” That question’s for the rest of you; here, the debate’s over and we’re monitoring the results. We’ve traded blacks for Hispanics, Indians, Persians, Filipinos, Koreans, etc. I’m not in any way advocating for other states to follow our lead, but the reality here is that even if the San Diego/Mexico border were sealed tomorrow, the internal birth rate alone would keep Cali on the same demographic path.

So there’s really nothing left to do but observe. How will we stack up against, say, Georgia, the destination of a large percentage of our fleeing blacks? Blacks account for nearly half of the Georgia electorate’s growth since 2000. And as the state’s black population has surged, so has its Hispanic population, surpassing a million in 2017 and growing steadily since.

Hispanic immigration and black migration? I’d much rather be here than there; we have only one of those issues to deal with. In L.A., the trenches are becoming fixed. Gentrified white (including Jewish, Persian, etc.) and Asian areas that are exceptionally livable, and Hispanic underclass areas that are not great but better than they were when they were black. This is our future.

As I routinely say, “It’s not the best deal, but it’s the best deal you’re gonna get.” That’s the opposite of the utopian worldview that’s caused so many small minds so much frustration over the centuries. The truth is, while genetic detritus was sticking a gun in that diner’s face, inside the restaurant the food was being made and the dishes were being washed by Hispanics who, in that particular capacity, are as much a part of order in this town as the thugs are part of chaos. That’s a fact. Is it good? Is it bad? It just is. The restaurant was functioning perfectly—whites, Jews, Mexicans—until BLM showed up for reparations.

Is there crime in Hispanic underclass neighborhoods? Absolutely. SoCal will never be Reykjavik (it never was). However, Hispanic crime lacks the predatory antiwhite hate-driven hostility of black crime. The best deal? No. But a better deal than 1980s black L.A., and I say that from experience. Plus, there’s the issue of offsets. To an extent, Mexican underclass criminality is offset by the value of Mexican labor. There was no such offset in black L.A. You got just the crime, but not the dishwashers and drywallers.

Democrats, who for years assumed that Hispanic California would be their “best deal,” are panicking. In last week’s column I mentioned a 2019 academic study in which the author fretted about the increasing number of Trump-supporting Hispanics who self-identify as “white.” And now, in 2021, a lot of leftists are fretting. Because the 2020 surge in pro-Trump Hispanics came not just from Cubans in Florida (where it was expected) but from reg’lar ol’ Mexicans in states like Texas.

Former Vox writer Matthew Yglesias mocked the Democrats for being in denial regarding the Hispanic swing:

Democrats need to get real with themselves about the Hispanic vote in 2020 … the TX Dem report is looking at huge 20+ point swings in RGV counties and then attributing it to a 4 percentage point turnout differential. I don’t think the Hispanic swing toward Trump in 2020 (or the smaller Black one) is the end of the world, but the extent to which the Democrats’ Latino politics specialists can’t seem to admit that it happened raises some bigger questions.

According to analyst David Shor, a longtime Democrat pollster who worked for the Obama campaign, “One important thing to know about the decline in Hispanic support for Democrats is that it was pretty broad. This isn’t just about Cubans in South Florida. It happened in New York and California and Arizona and Texas. Really, we saw large drops all over the country.” Shor blames much of this shift on the unpopularity of BLM and “defund the police” among Hispanic voters (Yglesias also blames police defunding and black “identity politics”).

Here’s where partisans will launch into the clichéd debate over whether Hispanics are “natural Republicans.” I think that’s irrelevant. The ideologically, racially fanatic arm of leftism, best symbolized by George Soros, is obsessively concerned with making white areas in the U.S. unlivable. To do this the zealots manipulate the segment of the population I’ve described in previous columns as the unsalvageables, those who cannot do anything but destroy and dilapidate. Once a city reaches what I call “critical mass unsalvageables,” there’s no hope. For cities fighting to retain livability, policing and incarceration of unsalvageables (and fear of police and incarceration among unsalvageables) is vital. Remove those safeguards, and you doom the city.

So I’m not hoping for Hispanic GOP voters. I’m merely hoping that there is enough of a pro-police, anti-BLM, anti-riot element within the Hispanic community to reject Soros’ poison. Polling data suggests my hope isn’t unfounded. Also, Hispanics have a presence in L.A. law enforcement (almost 50% of the sheriff’s department) that blacks never had. That gives Hispanics a personal stake in law enforcement, with so many dads, sons, uncles, etc. on the force.

Politically, I don’t care how Hispanics feel about abortion, gay marriage, or the deficit. What matters to me is that a significant number of them oppose the new pro-black/antiwhite apartheid, and the anarchy being fomented to advance it. The left is waging a war against livability, so it’s livability that concerns me. There are plenty of eminently livable areas in the nation that are Anglo white and blue. If “spicy white” California stays blue but stays livable, I’ll take the win. As it is, white Hispanics are far less likely than Anglo whites to say, “I suck because I’m white”; Anglo whites could actually learn a thing or two in that regard.

“We need more blacks in my city because without blacks I’m unfulfilled as my skin color makes me morally inferior,” said no white Hispanic ever.

What California is becoming may not be the best deal, but in an age in which powerful forces have decided that livability must be stamped out as a sin of the white and “privileged,” it might, indeed, be the best deal we’re gonna get.