That Touch of ‘Mank’ 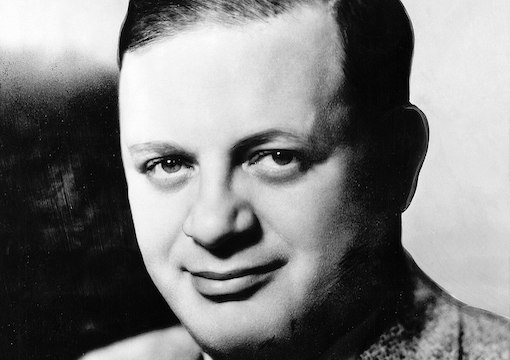 The best movie comedies of the 1930s were largely written by former newspaper reporters who had also tried their hand at writing for the New York stage before being seduced by Hollywood’s sunshine and lucre.

Today, we think of journalists as PR staffers for the conventional wisdom, killjoys intent on instructing us in the appropriate tone with which to regard the passing parade. But reporters a century ago, as former Chicago newsman Ben Hecht explained, were of a less dignified social stratum: “They sat, grown and abuzz, outside an adult civilization, intent on breaking windows.”

Now showing on Netflix is the biopic Mank by ace director David Fincher (Seven, Fight Club, The Social Network), the story of how the dean of Hollywood’s ex-journalists Herman J. Mankiewicz wrote the screenplay of the most famous newspaper movie, Citizen Kane.

In the mid-1920s, Hecht, who co-wrote with Charles MacArthur the influential newspaper play The Front Page (which received its most perfect movie incarnation in 1940 as His Girl Friday), received from former Broadway journalist Mankiewicz the most quoted telegram in showbiz legend:

Will you accept three hundred per week to work for Paramount Pictures? All expenses paid. The three hundred is peanuts. Millions are to be grabbed out here and your only competition is idiots. Don’t let this get around.

During the lucrative transition to the talkies, Mankiewicz lured many of his New York gambling buddies to write movies with him, an assemblage Pauline Kael called “some of the most talented alcoholics this country has ever produced.” She went on in her 1971 essay “Raising Kane” to explain:

Mankiewicz spearheaded the movement of that whole Broadway style of wisecracking, fast-talking, cynical-sentimental entertainment onto the national scene.

Mankiewicz and his pals became enormously successful dialogue writers, but tended to burn out young (although his more reliable younger brother Joe enjoyed a long career, peaking with All About Eve in 1950 before being ruined by Cleopatra in the early 1960s).

Writers, while extraordinarily well paid under the movie studio system, were treated as disposable technicians by the executives. Relays of writers were assigned to work on scripts in sequence. For example, Markiewicz was one of ten writers on The Wizard of Oz, contributing the key idea that Kansas should be filmed in black and white and Oz in color, before moving on without a credit.

This was a huge comedown in status and creative control compared with the exalted role of New York playwrights, who in the 1919 Broadway strike had won extraordinary intellectual-property rights over their plays. To this day, playwrights get to veto casting choices in any production anywhere, even after they are dead. For instance, in 2017, the estate of Edward Albee denied a producer in Portland the right to put on Who’s Afraid of Virginia Woolf? in a 35-seat micro-theater on the grounds that the late Albee wouldn’t have wanted a black actor cast in a white role.

In the movie industry, they joke about the blond starlet who was so dumb she slept with the writer, but Marilyn Monroe married playwright Arthur Miller. In the theater, the writer is, contractually, The Man.

Mankiewicz was said to be the highest-paid writer in Hollywood during the early 1930s, and his wit made him a regular at the San Simeon dinner table of William Randolph Hearst, America’s most powerful newspaper baron.

But then his drinking, the accompanying car crashes and falls, and his self-destructive cynicism damaged his reputation. By 1940 he had been reduced to ghostwriting radio dramas for young Orson Welles when he suggested writing a biopic of Hearst for Welles’ movie debut.

Hearst was a big man, so Mankiewicz repaying his hospitality this way was fair game. But his treatment of Hearst’s mistress, actress Marion Davies, was deplorable. Citizen Kane portrays her as a talentless shrew, when in reality she was a delightful comedienne beloved by San Simeon’s endless roster of superstar guests.

Kael sums up the irony:

And so Hearst, the yellow-press lord who had trained Mankiewicz’s generation of reporters to betray anyone for a story, became at last the victim of his own style of journalism.

Mank, a black-and-white period piece for grown-ups starring Gary Oldman, has been one of the more anticipated movies of this blighted year.

Amanda Seyfried lights up the flat screen as Marion Davies, but otherwise it’s a little disappointing. (Of course, I’m not even all that much of a Citizen Kane fan: To me, Mankiewicz’s wisecracking script and Gregg Toland’s German Expressionist horror-movie camerawork are individually impressive, but don’t meld well.)

First, Mank’s a biopic about a writer, and writers, while they sometimes meet a lot of famous people, are not very cinematic when at work. Welles dispatched John Houseman, who made those memorable Smith Barney TV commercials in the 1980s, to keep Mankiewicz sober while he lay flat on his back in a half-body cast from his latest auto accident and dictated Citizen Kane to a stenographer.

Second, the casting, aside from Seyfried, is uninspired. For example, William Randolph Hearst was huge not only in wealth, power, and opinions, but also in height and width. Liam Neeson would have been right for the role if he could manage the American accent.

As Mankiewicz, Englishman Gary Oldman does fine with the accent, but at 62 is a little too old for the flashback scenes to when (the admittedly dissolute) Mankiewicz was in his prime in his early 30s. Moreover, Oldman is an extremely English-looking actor, so he’s a little distracting playing a German Jewish-American.

I kept wishing that if Oldman were to star in a 1940 period piece about a comedy legend that he would instead play W.C. Fields or Robert Benchley. Or perhaps Oldman would have been best as a 62-year-old Welles trying to scrape together the financing for one more movie.

To play the writer, I’d lean toward Jonah Hill. But then I see Mankiewicz’s life story as a comedy: He gets rich, he blows his money and his health, and then, when all seems lost, he makes his triumphant comeback and wins the Oscar for Citizen Kane.

Fincher, however, doesn’t agree, seeing Mankiewicz as a sad clown doomed to live only one more decade before the bottle finally did him in at age 55. Thus, the score by Nine Inch Nails is wistful in tone and gets in the way of hearing the screwball dialogue.

The screenplay by Fincher’s late father, a journalist, recycles many of the famous witticisms uttered by the characters. Perhaps the younger Fincher is right and these classic one-liners are too timeworn to be funny in 2020? Well, for whatever reason, there are no laughs in Mank.

Finally, the concocted politics are dull. Mank invents an ideological motivation for Mankiewicz turning against Hearst: His purported disgust that the publisher and the MGM leadership (Louis B. Mayer and Irving Thalberg) campaigned for the Republican candidate in the 1934 California gubernatorial election against the Democratic nominee, novelist Upton Sinclair, a Bernie Sanders-like socialist.

But this seems unrealistically au courant. Back then, Hollywood had much more political diversity, with numerous Communists and Republicans, as well as the usual Democrats, having to work together.

In reality, Mankiewicz, the ultimate cynic, never wanted to belong to any party that would have him. Nobody can recall the elder Mankiewicz taking a stand, one way or another, on the 1934 election. (His brother Joe, however, wrote radio ads for the GOP contender.)

And in any case, by the tumultuous year of 1940, with Germany invading France and the Soviet Union invading Finland, no one cared anymore about a state election six years in the past. Instead, foreign policy dominated debates within Hollywood.

The movie completely leaves out that the contrarian Mankiewicz, who had fought in World War I and was not looking forward to American getting involved in World War II, was a rare Jewish isolationist, an admirer of Charles Lindbergh and Joseph P. Kennedy.

Mankiewicz had an impressive record during the 1930s of not falling for totalitarians. He’d taken time off from his lucrative studio work in 1933 to write his own spec script, The Mad Dog of Europe, to warn about Hitler. Unfortunately, it was never produced.

And he was adept at sniffing out the many Communist front groups that emerged in Hollywood after Stalin gave the order in 1936 to recruit non-Communist dupes. When his brother Joe emerged as Hollywood’s brightest light at the beginning of the McCarthy Era, he had benefited from Herman having astutely advised him to avoid all the front groups except the pro-Finland one.

Herman did allow his teenage son to join the most prestigious Communist front group to agitate for war with Germany, the Hollywood Anti-Nazi League, because it also had legitimately liberal members like Oscar Hammerstein II and Philip Dunne.

Then, however, Stalin made his deal with Hitler on Aug. 23, 1939, and the word went out from Moscow that all good Communists would now become anti-anti-Nazis. So, the Hollywood Anti-Nazi League had to change its name to American Peace Mobilization to keep all the Hollywood Communists from resigning in protest over its anti-Hitler bias.

Weirdly, Stalin’s sudden pro-Hitler shift now put the Hollywood Stalinists on the same side as Mankiewicz, an anti-war anti-Communist.

This absurdity no doubt inspired numerous quips by the world-weary wit while he was writing Citizen Kane.

But none are in Mank. Presumably, audiences in 2020 couldn’t be expected to understand these political paradoxes.

A half century ago, the pre-woke Kael explained how shortly after Citizen Kane, anarchic 1930s-style comedy was submerged in the politically correct 1940s, which sounds depressingly like our own Great Awokening. Mankiewicz was

considered a “reactionary” by the activists of the Screen Writers Guild. Yet he went on to write the movie they point to with pride in Hollywood, the movie they all seem to feel demonstrates what can be done and what movies should be doing, and it’s their all-time favorite because they understand it—and correctly—as a leftist film. Its leftism is, however, the leftism of the twenties and early thirties, before the left became moralistic.

Kael summed up what came after the Age of Mankiewicz:

The writing that had given American talkies their special flavor died in the war, killed not in battle but in the politics of Stalinist “anti-Fascism.”… The comedy writers who had laughed at cant now learned to write it and were rehabilitated as useful citizens of the community of mediocrity. It was just what the newly political congratulated themselves on—their constructive, uplifting approach—that killed comedy…. But when they became political in that morally superior way of people who are doing something for themselves but pretending it’s for others, their self-righteousness was insufferable.