The Democratic Party’s Problem With Blacks, Women, Jews, and Homosexuals 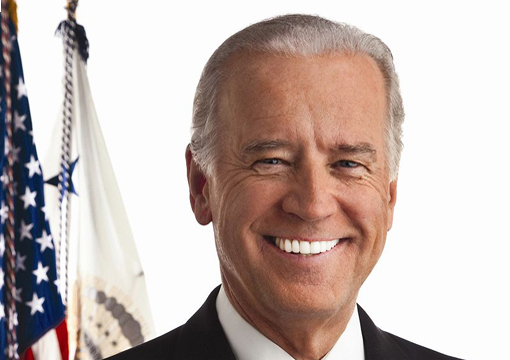 A little over a week ago, Joe Biden was a corpse. Everyone assumed his presidential campaign was dead.

He’s still a corpse, but now the serial plagiarist, groper, and forgetter is going to be the Democrats’ nominee for president.

How was he able to rise from the dead and take the reins?

Think about it. Only a week or two ago, he was the last straight white male left on the ballot. Now it’s just him versus Bernie Sanders, lifetime Hebrew and bane of the Democratic establishment. Sure, Tulsi Gabbard is still there, but only for decoration. She doesn’t have a surfin’ Hindu’s chance in hell of winning. The contest is strictly Biden against Sanders, and the Democrats are in the process of putting the kibosh on Sanders, just as they did in 2016.

Some kind of deal was made, obviously contingent on a plausible threat. Those weirdly shaped hunchbacks who sit in back rooms chomping on cigars clearly threatened to kill the remaining candidates’ pets…or torture their grandparents…or limit their social-media access…or something really sick like that.

You don’t think it’s a tiny bit queer that except for Gabbard and Sanders, EVERY other remaining Democratic candidate simultaneously decided to drop out of the race within moments of Super Tuesday—or, as Biden calls it, “Super Thursday”? Why, it was as if they all woke up one morning with a decapitated horse’s head in their bed. They suddenly dropped out as if they’d been forced to, because that’s exactly what happened.

It wasn’t always this way, but trust me—this was always the plan. Why, but a wee paltry few months ago, the Democratic field was bursting with rainbow colors like a box of Skittles. There were blacks and browns and yellows and reds exploding all over the place like a joyous accident at a paint factory. There were also vaginas—lots of them. There was even a man who admitted he enjoys having sex with other men. The overweening sentiment was that straight white males were not only a problem—they were THE problem. Even Biden, a straight white senile male, campaigned against the idea of straight white males.

“In the end, all this talk about ‘inclusion’ and ‘diversity’ was a ruse, just another little straight-white-male lie.”

Then the racist, straight-white-male leaders of the Democratic Party stepped in and said, “Enough.” They ignored the democratic process and installed one of their own—one whose brain had deteriorated to the point where he could be easily controlled by remote-controlled cybernetic devices.

The blacks were the first to go. Kamala Harris and Cory Booker and Deval Patrick? Gone. What did they have in common? Black skin and a combined 1,200 years of oppression.

Marianne Williamson, Amy Klobuchar, and Elizabeth Warren? Gone. What did they have in common? Vaginas—which, as John Lennon reminded us before he got shot, made them the “N-words of the world.”

Token homo Pete Buggery? He vanished like T-cells in a late-stage AIDS patient.

Michael Bloomberg and Tom Steyer are now gone, too, obviously because the WASPs who pull the Democratic Party’s strings feel threatened by Jewish billionaires.

What did every candidate who made a sudden exit have in common? They weren’t STRAIGHT. WHITE. MALES. In the end, all this talk about “inclusion” and “diversity” was a ruse, just another little straight-white-male lie.

Now it’s down to Joe Biden and Bernie Sanders, and the anti-Semites who run the Democratic Party have made it impossible for Sanders to win—just like they did in 2016.

With Bernie Sanders as the Last Jew Standing, the white male establishment that pulls the Democratic Party’s strings is going to stretch out Bernie’s public ritual humiliation. It’s truly the most anti-Semitic thing that’s happened since the mid-1940s. Bernie is the remaining sacrificial Jew. It’s really sad to watch, especially after World War II and everything.

As Ben Shapiro reminds us, Democrats are the real anti-Semites. Sanders has done poorly with the blacks because, just like the leaders of the Democratic Party, the blacks have a congenital hatred of Jewish people. The Democrats just can’t stand to see a Jewish man getting ahead. If you don’t think the party’s upper echelons caused Bernie Sanders to have that heart attack, you are delusional. The Jews, the most oppressed and put-upon people in world history, are left wandering alone through the Sinai Desert again, with each party a viper’s nest of Jew-hatred.

We were all aware that, once again, the Republicans would be running two straight white males. We expected more of the Democrats. We’ve always known they were the real racists and the party of the KKK and even Auschwitz, that is, if Auschwitz had been in America instead of wherever it actually was. But we thought they had repented and learned their lesson.

At the very least, we expected the Democrats to act as the wise guardians of America’s black communities. Instead, they exploited their numerous weaknesses. They said to black voters, “Don’t go for the fag or the Jew or the bitches or the wetbacks or the Chinks—go for the man who sniffed Barack Obama’s farts for eight years, the white man who was cuckolded merely by being relegated to the VP position and having to say ‘Yes, Massa’ to the strong, powerful, melanin-sweetened black president.”

It’s technically true that Joe Biden has never owned slaves. He doesn’t need to when he has black Democratic voters.

Despite a longstanding record of steamingly virulent toxic hatred toward the black community—remember, Biden opposed busing, referred to diversity as “poppycock,” and said, “I’ll be damned if I feel responsible to pay for what happened 300 years ago”—all he had to do was remind black voters that he once knew a gang member named “Corn Pop” and warn easily frightened blacks that “They’re gonna put y’all back in chains,” and BOO-YA!—the black vote was his. After all, he protected black people from drowning. How many presidential candidates can make that claim?

The Democratic Party is acutely aware that black voters run entirely on half-formed emotions and brute tribal instinct. They are also cognizant of the fact that the extreme and frankly unacceptable anti-Semitism and homophobia that runs unchecked in the black community is a mirror image of the prejudices that rule the Democratic Party’s true leaders. They convinced a bunch of low-information blacks, most of them Baby Boomers, to vote against their own interests. They exploited the easily manipulated emotions of poor, gullible, uneducated, low-class black people who still live on the “plantation” and vote against their own interests, completely obvious to their own plight. The low-info/high-crime blacks that Bernie Sanders wanted to help are now living in Joe Biden’s back pocket, with all of the odors and bacteria it implies.

Oh, sure, Biden pretends to be the black man’s friend. But at night, you can be sure he’s wearing a white hood.

Just like every other straight white male with a chip on his shoulder and something to prove, Joe Biden has made it very clear throughout his life that he is a heterosexual. In case you had any doubt, he makes a point of pawing and sniffing at every woman from 8 to 80 that he meets. But in real life, Biden is no friend of the ladies and is probably a serial rapist. He calls women “lying dog-faced pony soldiers” while he’s touching and groping and hugging and smelling every last lady unfortunate enough to be sucked into his creaky, decrepit orbit.

Both political parties are 100% open in favor of white male supremacy, and they don’t even try to hide it. Both parties exist solely for the benefit of straight white men and only straight white men. Could it be more obvious? Will you please take off your rose-tinted aviator goggles and see this situation for what it really is? Biden and his whole “regular racist white guy” shtick is what the party wants, and it’s what the party will get. The mask is off. The jig is up. Biden’s teeth shine so white that they glow.

People, we have much work to do.