The Divine Black Jogger in Us All 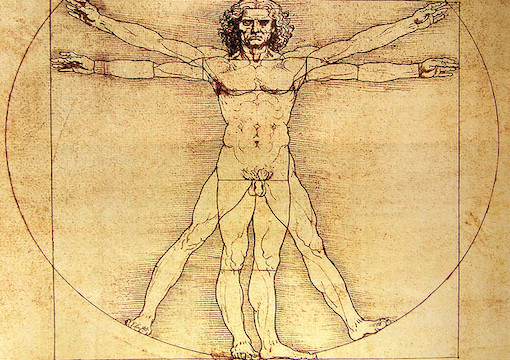 Why does Ahmaud Arbery have to be an “innocent jogger” when it’s clear he was anything but? The case would still raise the same complex legal questions regarding how far citizens can or should go in taking crime prevention matters into their own hands. This is an important issue for many of us; with “progressive” DAs refusing to prosecute property crimes (as I’ve written about in previous columns), if you’re a property owner, it’s increasingly likely that at some point you’ll face this dilemma: “What do I do about burglaries when the cops won’t come?” Now, that goes for property owners of all races and ethnicities, but only whites will face the added risk that the act of confronting a suspected burglar might result in a public crucifixion courtesy of the press, activists, and careerist public officials.

As far as leftists, journalists, politicians, and mainstream conservatives are concerned, incidents like the Arbery shooting are as black and white as their protagonists. The Panglossian “future filled with promise” Sears portrait of the victim provides exactly the visual aid to suit the narrative.

It’s easy to write off the obsession with idealized photos of dead black guys as just another example of racial guilting on the left and virtue signaling on the “we all bleed red” right. And it is indeed both of those things. But there’s more to it, something very human that’s not exclusive to any one particular ideology. It’s what I call the “soul of a poet” fallacy. Most of us dearly want to believe that, deep down, every person has an inner genius, an inner artist, an “inner light.” No one is “just” a thug, no Third Worlder is “just” a ditchdigger. It’s the Homo sapien iteration of the infinite monkey theorem; given enough time, love, and charity, every human could write Shakespeare.

The dead thug is reality; the senior photo is our idealized reality.

For my leftist friends, almost all of whom are in “the arts,” this belief in an innate and universal inner poet is the prime reason they don’t want the lockdowns to end (indeed, why they don’t understand why they should end). You may not recall this, but back in 2010, Nancy Pelosi told Americans that they need to be freed from the burden of having to work for a living so that they can “be creative and be a musician or whatever, you can leave your work, focus on your talent, your skill, your passions, your aspirations.” This wasn’t one of her drunken offhanded comments; it was a manifesto. Most leftists believe that “jobs” do nothing more than suppress our inner artist. So of course the lockdowns are not only good but necessary. By forcing people to not have jobs, by literally padlocking workplaces, we can “free” Americans to unleash the prodigy within.

Ryan George, the popular YouTuber whose “pitch meeting” videos are actually quite funny, did a skit last week excoriating as not just dumb but “evil” those people who find it impossible to “stay home” 24/7 because of Covid. To George (who refused my requests for comment), this makes perfect sense. He’s earning money staying home doing videos in front of a green screen; surely everyone can!

“It never occurs to leftists that not everyone has grand aspirations beyond working hard and having a family.”

Now, obviously this nonsensical worldview is inextricably intertwined with standard leftist egalitarianism coupled with ignorance of how the world actually works (i.e., the mass starvation and deprivation that would occur if everyone devoted their lives to wacky videos) meshed with an inflated ego (a refusal to acknowledge that the world would be fine without YouTube stars, but not without, say, truckers and farmers). At least with old-school communists, their vision of a “workers’ paradise” acknowledged the necessity of factory jobs; they didn’t foresee a world of “influencers” who (to quote Marc Almond) lie around like Byron and write verses to the moon.

“Be creative and be a musician or whatever, you can leave your work, focus on your talent, your skill, your passions, your aspirations.” I’m certain that cretins like Pelosi, AOC, and Bernie are puzzled that people are actually complaining about being forced to “leave their work.” Why aren’t we all just rockin’ out “or whatever”? It never occurs to leftists that not everyone has grand aspirations beyond working hard and having a family. Unlike leftists, some folks see the value in those things; they see them as preferable to monetizing funny videos.

And then you have the people who are by nature thugs and ne’er-do-wells. The “grand aspiration” of these bottom-feeders is to be a blight. They are capable of nothing else, held back by low intelligence, self-control issues, and cultures that breed for the lowest common denominator. Cursed by nature and nurture, these are the people I’ve referred to as the unsalvageables.

Leftists don’t believe unsalvageables exist. Sadly, neither do many rightists. And here’s where conservatives find their minds bedeviled by the “soul of a poet” fallacy too. Thanks largely to a combination of Christian ethics and patriotic fervor, rightists see everybody foreign or domestic as redeemable and beneficial.

How many times has this fallacy led to disaster for conservatives? “The people of [fill in Third World nation] have a yearning to be free, just like us! They have a genius that is being crushed by their oppressive rulers. We must liberate these Shakespeares-in-waiting so that their inner light can shine as a beacon of hope to the world!”

Yep, so many Iraqi Shakespeares. So many Afghan Mozarts. Walk through Kabul these days, it’s like Florence in the Renaissance.

And of course it’s the “soul of a poet” fallacy that prompts so many on the right to oppose restricting the type of immigration that is fast condemning us to a demographic dystopia. Third World immigrants are a bunch of suppressed Michelangelos who just need a few flag pins and a citizenship oath to unleash their genius! Some conservatives genuinely believe this…others cynically pretend to. Like the neocons. Privately, many Jews (and I speak from a lifetime of experience here) obsessively discuss the importance of culture, race, and IQ. But they want to make sure you don’t. So it becomes necessary to pollute the discourse with lies about how with enough green cards and scholarships, Australian aborigines could totally run a majority of American media corporations.

It’s merely a random coincidence that Jews are so influential and prominent! It could just as easily be Bushmen.

Even some far-rightists who flirt with nativism and nationalism fail to grasp the hard truth that not everyone is “creative, skilled, and passionate.” Several weeks ago, when Tucker Carlson grilled former McKinsey & Company senior partner Peter Walker (who is strongly pro-Chinese), Carlson zeroed in on Walker’s suggestion that the Chinese are not “wired” like Westerners when it comes to individual achievement. Carlson reacted with shock and outrage over the suggestion that there’s a “genetic question” regarding Chinese conformity. Carlson slammed Walker as an “apologist for fascism.”

Okay, but surely there are cultural differences. I mean, that’s not Nazi, right? Think again, Himmler! On a recent edition of China superfan Steve Bannon’s War Room podcast, cohost Jack Maxey declared that it’s a communist myth that the Chinese people “eat from wet markets” and “eat the wrong food” and have “disgusting” culinary practices. According to Maxey, the Chinese government invented those lies to defame its own people (for reasons Maxey neglects to elucidate).

So no, there are no negative racial or cultural differences. Nothing that would make the Chinese, or Third Worlders in general, incompatible with Western civilization.

Under the right conditions, most high-profile rightists will give Third Worlders the Ahmaud Arbery makeover. They’re just innocent joggers, “framed” by evil racists and fascists. They’re incapable of despoiling a good neighborhood…or a good nation. When they “jog” through, it’s only to bring joy and benevolence. So let them wander freely through your yards and houses.

Deep down, we know the reality behind the idealization. Locking people out of their jobs will not turn them into amazing artists “being creative or whatever.” Most folks don’t have an inner Shakespeare (and most who think they do are actually quite untalented). Ahmaud Arbery wasn’t sinless, and in most cases “people of color” who find themselves confronted by property owners, cops, or concerned neighbors are not saints and cherubs. And the Third World is the Third World because it’s composed of Third Worlders. Green cards don’t change people’s nature, or the nature of a people.

We know these things. We recognize the fallacies.

But the fallacies are winning, because angelic yearbook photos are so much more comforting than the stark, ugly images that remind us of a reality we’d rather not confront or accept.