‘The Fabelmans’: A Drama About a Drama-Free Boyhood 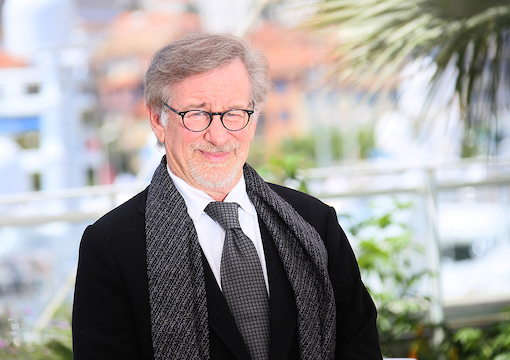 To have been born in the USA in 1946 was to have been dealt aces in the poker game of life. Those born in the first year of the baby boom went through their days finding that there were relatively few older men born during the Depression and The War to hog the leadership roles and an abundance of younger baby boomers to look up to them and follow them.

Three presidents were born in 1946, as was a man who enjoyed an even more fabulous career, movie director Steven Spielberg, who made himself a billionaire in just about the most fun way imaginable, directing films like Duel, Raiders of the Lost Ark, and Catch Me if You Can.

Spielberg, who turned 76 last Sunday (although he long claimed to have been born in 1947 instead of 1946, apparently to augment his legend as a child prodigy), has now made a semiautobiographical film about his childhood, The Fabelmans.

“In truth, almost all of what happened to young Spielberg was close to ideal.”

On the plus side about The Fabelmans, as always Spielberg places the camera in the right spot and extracts strong performances. Michelle Williams stars as a manic-depressive bohemian musician turned the director’s housewife mom and Paul Dano as his nice guy computer scientist father.

Interestingly, although Spielberg’s ancestors are entirely Jewish, both Williams and Dano are quite northern European. For instance, Wikipedia recounts of Williams:

She has Norwegian ancestry and her family has lived in Montana for generations. Her father twice ran unsuccessfully for the United States Senate as a Republican Party nominee.

In Hollywood, Jews tend to dominate the business side, less so the screenwriting side, even less directing, and least of all cinematography and acting. It’s perhaps predictable but striking that Spielberg, the greatest Jewish director since Stanley Kubrick, decided to hire to play his own parents two extremely gentile actors who are admired for being better at their craft than they are well-paid for being big names. Also, he inexplicably portrays himself as blue-eyed at age 7 but brown-eyed as a teen.

Spielberg had started working on this script with one of his three younger sisters in the 1990s. (The Fabelmans would be more amusing if, like the Coen brothers’ not wholly dissimilar A Serious Man, he had played up the sibling rivalry. But instead, Spielberg portrays his sisters as saints.) Yet then Spielberg decided to put the screenplay aside until both his parents had died, which wound up taking a remarkably long time. Spielberg’s mother lived from 1920 to 2017 and his father from 1917 to 2020. (My impression is that these days Jewish-Americans, like Asian-Americans, tend to be quite long-lived, although the Census doesn’t break out data on Jewish ethnicity the way it breaks out Asian race.)

So, in an era when Spielberg’s peers like Clint Eastwood, Ridley Scott, and Martin Scorsese are directing strong movies into their 80s, it seems likely that Spielberg, with his hardy genes, might well direct another half-dozen films, assuming he doesn’t get canceled like Woody Allen.

But the most memorable performances in The Fabelmans are two wonderful scenery-chewing cameos. David Lynch, the 76-year-old auteur of Twin Peaks and Mulholland Drive (who credits himself in his highly original works as an “Eagle Scout from Missoula, Montana”), plays John Wayne’s irascible director John Ford. Even if you get bored with The Fabelmans’ cliché-ridden third act, stick it out until Lynch/Ford explains to the kid where to put the horizon in his shots. Trust me, you’ll enjoy it.

Second, the 87-year-old Judd Hirsch plays Spielberg’s mom’s intense uncle who ran away to the circus as a boy to launch his career in showbiz because, like his great-nephew with the 8mm movie camera, “We’re meshuggeneh about art.”

I happened to play golf with Hirsch a couple of decades ago. To my shame, I didn’t ask him what his latest roles were because I assumed that in his later 60s he likely was retired by now and it might be a sore spot for him that he’d been put out to pasture. But these days there are so many acting roles that he’s doing well twenty years later.

But why didn’t anybody go to see The Fabelmans, with the movie making only $8 million in theaters? (You can rent it now on streaming for $20.)

Well, for one thing, Spielberg has probably given about as many interviews as anybody who ever lived to explain the inspiration behind movies like Close Encounters of the Third Kind and E.T. So everybody already is familiar with at least a vague outline of what (little) trauma intruded into his idyllic suburban boyhood as the adored prince of a talented family.

The TV show Stranger Things demonstrates that there is still a big audience among young people for Spielbergian fantasy and metaphor, but perhaps not for Spielberg himself being extremely literal-minded about his often mythologized past.

While Spielberg, a sensitive and imaginative lad, no doubt found the family drama of his childhood, chiefly his parents announcing they were getting divorced a few months before he went off to college, to be emotionally wracking, by objective historical standards Spielberg experienced a deeply happy and healthy boyhood.

In an era when many kids still lived in tenements, Spielberg grew up in various car-focused suburbs of the future, moving to nicer and nicer neighborhoods as his father smoothly climbed the corporate ladder from the Jewish-run RCA in New Jersey to a WASPish GE division in Phoenix, to a very WASP IBM in what would come to be known as Silicon Valley. Young Steven was surrounded by the highest standard of living for the masses in history. (To his credit, Spielberg has appeared unusually grateful to be an American.) Mom had time to mope about her lack of artistic self-fulfillment because raising four children wasn’t quite as much work as it was before washing machines and high-tech Tide detergent.

In truth, almost all of what happened to young Spielberg was close to ideal. At age 12 he began to monomaniacally focus on his future career as a director and taught himself his profession with a lot of support from his family and his worshipful fellow Boy Scouts.

Spielberg was perhaps the first of the media-saturated filmmakers who grew up watching old movies on TV, with Tim Burton, the Coen brothers, Quentin Tarantino, and countless more to follow. But Spielberg was from a more vigorous, less sedentary, less obese era than our own. In The Fabelmans, the protagonist spends perhaps 20 percent of the movie in his Boy Scout uniform, typically employing his loyal fellow Scouts as extras in the fifteen or twenty 8mm films he shot as an enterprising boy, often using wildly ambitious sets, such as his Fighter Squad, which featured an actual fighter aircraft in flight.

Here’s a clip from the war movie Escape to Nowhere that the 14-year-old Spielberg set to Wagner’s Ride of the Valkyries eighteen years before Coppola’s Apocalypse Now.

Growing up in suburban Phoenix, Spielberg was one of the greatest Boy Scouts ever, earning well over twice as many merit badges as it takes to make Eagle Scout.

In The Fabelmans, the long second act in Phoenix, where Spielberg lived from age 9 to 16, is the best. Spielberg imprinted on the desert landscape as an adolescent so he films his youthful adventures in it superbly.

Unfortunately, the film concludes with a weak third act that might serve as a below-average episode of the meat-and-potatoes sitcom The Goldbergs. In it, the Fabelmans move to a gorgeous San Francisco Bay suburb, but the son has to leave his beloved Boy Scout troop behind and nobody at his new high school yet knows he’s a child prodigy director. Instead, the high school seniors are interested in sports and sex, which the hero isn’t very good at.

In The Fabelmans, the hero is angry that his new California high school is full of tall blond gentile athletes. Spielberg peaked at 5′ 7.5″, which to me seems fine, but apparently it’s important to him sixty years later to complain about his parents subjecting him to “Giant Sequoia” classmates.

How many hundreds of movies have we seen with the message “Hey, pretty gentile girl, don’t like that tall gentile quarterback! Instead, like me, the short smart funny Jewish nerd”?

Well, now you’ll see one more. You might think that 76-year-old Spielberg had been to enough movies to realize this is a derisible cliché by now. But instead, the great man plows heedlessly into the most stereotypical high school racist resentment trope imaginable.

Interestingly, the younger Spielberg didn’t seem to be as racist, instead identifying more with Americans in general. For example, in the 1980s and 1990s he kept on staff as his script doctor-in-chief the ultra-Anglophilic playwright Tom Stoppard. But in this century, Spielberg has relied for screenplays upon the hyper-ethnocentric gay Tony Kushner, who ruined Spielberg’s remake of West Side Story with his talky script, validating historian Paul Johnson’s observation that Jews tend to get more bigoted with age.

My general impression of Spielberg has been that he’s a great American.

On the other hand, The Fabelmans reminds me of my best friend’s anecdote from June 1975 when he was employed at Universal Studios picking up litter with a stick with a nail on it. He was so good at this that he got promoted to guarding the parking lot in front of the executives’ skyscraper. “Don’t let anybody park here,” his boss told him. “Tourists are always trying to park here.”

A couple of hours later, an expensive sports car roared up and a young man in a leather jacket leapt out.

“Do you know who I am? I’m Steven Spielberg!”

“Never heard of you. But, whoever you are, you can’t park here.”

“What’s your name? I’ll have you fired!”

Ten minutes later, my friend’s boss showed up. “Uh, have you seen Jaws?”

My friend replied, “That new shark movie? No, but I hear it’s great!”

“Yeah, well, Steven Spielberg directed it. So, you’re fired from guarding this parking lot. But I kept your stick with a nail on it, so you can have your old job back.”

Fortunately, David Lynch saves The Fabelmans in the epilogue.