The Faithless Paranoia That Drives Woke and Cancel Culture 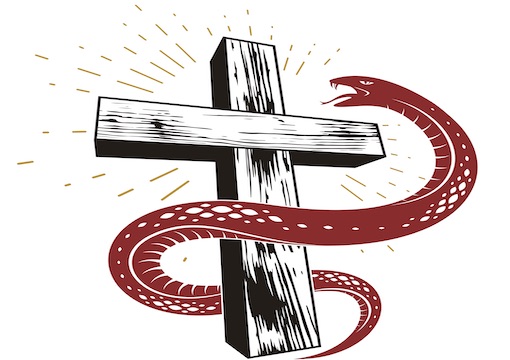 The great Italian poet Dante Alighieri believed the universe to be moved by Love. There are those who do not believe this, though. After the fall of Ceausescu we saw sad televised images of Romanian orphans abandoned in asylums. Many of these unsocialized, unloved children were insensible, and many were terrified of and flinched at any approach or anything tactile. In a different place and time, just prior to the Death of Stalin, his closest satellites indulged in a ruthless war for ascendency in which they trusted no former ally. In both cases such people had reason for believing the universe to be malign, hostile, and dangerous.

Counter to these kinds of explicable and pitiable paranoia and without advocating wide-eyed innocence or Pollyannaism, it would be fair to say that it would be normal, as a starting point, especially in the West, and for the sake of our mental well-being, to see the universe as generally benign. Sane adults will naturally know that civilized human societies consist of a mixture of both hatred and love and of good and evil, the worst excesses of the latter discouraged by the rule of law, of course. However, they will also believe that human love, beginning in relations between the sexes and spreading into familial love, underpins and provides the cement for society and, like Dante, that much wickedness is really just a deformation of love.

There are, though, in the West plenty of people who, for whatever reasons, have a disproportionately jaundiced view of society and other people. Instead of seeing it as jaundiced, they will feel that theirs is a realist view and a smart, clued-up, and sophisticated one for that reason. For them a proper conception of society sees it as no more than a network of competitive hatreds. They haven’t noticed the redeeming Hobbesian artifice of the civil society in which we live and which rescues us from the dangerous predicament of being in competition with our fellow humans. Their conception is, of course, an impoverished, unimaginative, and paranoid one; they haven’t, in simple trustfulness, slowed their breathing sufficiently and paused long enough to see the whole picture. They are largely driven and haunted by fear, and their unpleasant vision of society actually tells us more about them than about the societies they live in. They have a mean and cynical vision because they are mean, untrusting, and cynical themselves.

“Appearance has entirely superseded and displaced truth. It is the only currency in town.”

There is a further layer to this. Human beings are, uniquely, moral creatures to whom, unsurprisingly therefore, reputation matters. Those who subscribe to the idea that society is nothing more than a dog-eat-dog free-for-all see even the important reputational world as an evolutionary battle for survival; a zero-sum game where every person is somehow a competitor for reputation. The idea that the goodness of each individual is not in competition with the goodness of others but is a private matter for each person is alien to people who hold such views. For them, in an unholy reversal of John the Baptist’s dictum—“He must increase but I must decrease”—each other person canceled or diminished represents a personal increase. This is their unforgiving view of the universe. It is in reality a huge mistake; a misconception of our moral relation to one another.

The kind of consciousness that such paranoid people generate dominates societal perceptions, and things have deteriorated further. Moral quality, which used to be considered the private essence of character, is seen by them to be no more than a performance event or a publicly exhibited commodity untethered from any real essence (which used to be grounded in ideas that God “knew” us completely and suchlike). A lot of this can be explained by the way that the “Society of the Spectacle,” delineated by Guy Debord in the 1960s, has become a reality because of the importance of televisual enactment and social media where each of us is obliged to project a persona that may or may not relate to who we really are. Ours has become an entirely self-conscious and enacting society obsessed with public appearance to the cost of moral reality. Shakespeare (“…one may smile and smile and be a villain”) and other artists have treated the gulf between appearance and reality or sein und schein over the centuries, but that gulf is now broadened to the point of a danger of complete severance between the two things. The main imperative now for many people is to have a sense that they are involved in dramatic narratives where they play and, most important, are seen to play virtuous parts or roles. Exhibition is everything. The fact that such narratives are divorced from real life and that appearances bear no relation to their real moral quality is of no interest to them, for appearance has entirely superseded and displaced truth. It is the only currency in town.

All of this means that they believe moral wars have to be won in ruthless public jousts and competitions that resemble the games in Rollerball or The Hunger Games where the appearance of virtue is stripped from the “losers.” Morally uncompetitive dinosaurs, who believe in real moral essence or quality, are baffled by this approach but are often no less damaged by it. They don’t realize that markets in the appearance of virtue have to be cornered at all costs. Monopolies have to be won by superior signaling. The moral forum becomes no more than a game of musical chairs where dignity is stripped from anyone left standing when the music stops. Those who run Twitter mobs know there is safety in numbers but are often heedless until it is too late of Thomas Carlyle’s likening of the French Revolution to Saturn’s devouring of his own children. Thus, paranoia increases with the realization that any of those you formerly ran with can instantly mutate into dangerous competitors. There is no peace, and life becomes constant vigilance on the lookout for exploitable chinks in the armor of others.

This jealous, paranoid, and, indeed, Darwinian, rather than human, conception of things might seem pathological at first, but, in truth, it has moral roots that lie in a condition of faithlessness. Unnecessarily seeing other humans solely as threats against whom you must always militantly and aggressively strike out is a delusion that equates with the more understandable perceptions of the Romanian orphans or Stalin’s henchmen. Some have done this unawares, and one can feel a modicum of pity for them. The worst are those who know what they are doing and, because they think they can better thrive in it, have preferred a malign and loveless view of society to prevail.