The Genocidal Fountain of Beverly Hills 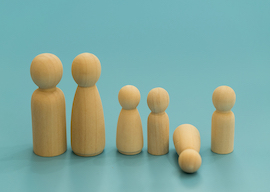 I suppose it makes sense that a heavily Jewish neighborhood would want to get rid of a fountain that promotes genocide. Since the days of my youth, there’s been a park up the street with a pleasant, unassuming fountain in the middle of it. Nothing spectacular, no Bellagio-style aquatic ballet. Just a pretty little fountain shooting water in the air as local kids play catch and their Salvadoran nannies chat with each other about green cards and slave wages.

Alas, the fountain is now gone. Removed by our homeowners’ association with no debate or discussion.

I sought out one of our wizened community leaders (a Democrat…big surprise) to inquire about the fountain’s sudden disappearance. “We felt it sent a bad message in a city plagued by drought,” I was told.

“Sent a message?” I asked how a fountain with no words chiseled into it can “send a message.” “Well, climate change is killing us all. We’re losing the planet. Global warming represents the final genocide of the human race. This is no time to be wasting water.”

“Yes,” I answered, “but the fountain, like most fountains, didn’t waste water. It recycled it. It used the same reservoir over and over again, needing little more per year than a few small refills due to evaporation during the summer months.”

“That may be,” my local sage answered, “but a lot of people don’t know that, and they might see the fountain and interpret it as an encouragement to go home and waste water, and before you know it, we’re all dead.”

The more I thought about that response, the more I realized it’s indicative of a malignant and rapidly growing pathology among leftists these days—the need to frame all political discourse in terms of “us vs. death.”

U.K. leftists have even warned that if the Brexit trigger is pulled, “people will die” of cancer (because apparently, Brexit is carcinogenic…who knew?).

Invoking “people will die” as a substitute for in-depth discussion of policy is an unfortunately effective evasion strategy for those who have little else to back up their positions. And to be fair, rightists have used this technique too. But the left has made an art form of it. Indeed, leftists are even starting to apply it retroactively. Try talking to any lefty about Ronald Reagan. Gone are the days when discussions would center on the right or wrong of trickle-down economics. Today, the average “progressive” is likely to shut down any discussion of Reagan with an impassioned cry of “Gay people died!” That’s quite literally become the epitaph the left has chiseled upon his tombstone. “Gay people died because Reagan refused to publicly say the word ‘AIDS’ as the disease first began to spread.” Because of course in the early ’80s there were thousands of American gays who were like, “Oh my gawd, even though every newspaper and TV network in the country is telling me to beware of AIDS, I’m gonna keep probing anuses with my dirlywanger like a workaholic proctologist until I hear the president whose policies I despise speak the name of the disease at a press conference.”

“Want a fun little exercise? Google ‘people will die if.’”

Even Nancy Reagan’s obituaries obsessively focused on her husband’s “killing of gays.”

The misdirection at play here is that it’s easy as hell to assign hypothetical deaths to past, current, or future policies. Is it possible that some Castro District homos contracted AIDS because they refused to believe the disease existed until Reagan said the word publicly for the first time in 1985? Well, you can’t prove a negative. But that fallacy goes both ways. Maybe Reagan killed 100 gays by not saying “AIDS,” and maybe he saved 100 million people by helping to bring about the end of the Cold War.

The truth is, when you deal with hypotheticals, any public policy can theoretically lead to a loss of life if you properly Rube Goldberg the scenario. And therefore, by extension, any advocate of a particular policy can be a hypothetical potential murderer. At the moment, the left is using the death-in-custody of two immigrant niños as a reason to attack Trump’s wider attempts to rein in U.S. asylum policy (funny how the many immigrant deaths-in-custody during the Obama years never provoked such an outcry). So, sure, you can make the case that restrictive immigration policies might lead to deaths. But of course you can also make the counterclaim, that lax immigration policies lead to deaths too. Just ask the families of the Americans murdered by people in this country illegally (well, don’t ask the parents of Mollie Tibbetts…they’ll just tell you that their daughter wasn’t murdered, but rather she sacrificed her life willingly so that we may all enjoy a finer grade of empanadas at our local taqueria).

The “people will die” line is rendered moot by the fact that it can be applied to both sides of any given political debate. People die from not having health insurance, and people die from being on a wait list in single-payer socialist nations. People have died from the climate warming that we witnessed in the 1990s (whether man-made or not, the warming trend was genuine), but people have also died from “green energy” policies foisted on third-world nations that have yet to even master Victorian England-level industrialization.

Laws that allow every nosepicker in a Caterpillar cap to buy a gun? The odd schizo or bitter ex-husband will buy an AR and massacre some folks. Laws that severely restrict gun purchases? The odd crime victim, including the besieged ex-wives of nosepickers in Caterpillar caps, will die from not being able to own a gun for self-protection. People will die either way.

And as with every leftist trope, there’s hypocrisy galore. When a New Jersey ice cream shop dared to create a cheeky logo featuring a sexy cartoon cow with a wiggly butt, local feminist imbeciles—sorry, I mean “activists”—got the store shut down, because the “sexy cow” was encouraging men to rape and kill women (don’t ask me how that works…I wager I could interview a thousand convicted rapists without one of them claiming that their criminal acts were influenced by a sexy cartoon character). At the same time, the left has recently been championing an 11-year-old drag queen who parades around in lipstick, wiggling his butt to crowds of ogling pervs. The boy is being lauded on national TV as “brave” and “trailblazing” for his sexualized image. No leftists are warning that the exploitation of this little kid who twerks in ladies’ panties is encouraging child rapists and murderers in their fantasies. So, a sexualized cartoon cow with a wiggly butt? “People will die.” A sexualized child wiggling his butt? Liberating!

To be clear, “people will die” is not a new scheme. Remember when Democrats like Ted Kennedy claimed that if the Concorde was allowed to take off from U.S. airports, as many as 10,000 people a year would die of cancer? Of course you don’t; the Dems are never gonna remind you of that little episode of alarmist imbecility.

I’m curious if the Concorde cancer was the same type that Brexit is supposedly going to cause. Leftists love their fictional cancer (surely more so than ol’ Teddy loved the actual kind that snuffed him).

Leftists are now expanding the “people will die” fallacy beyond mere policy debates. It’s increasingly becoming a strategy to suppress speech. Last month, when munchkin comic Kevin Hart was named as the next host of the Academy Awards, Twitter sleuths, utilizing the awesome power of scrolling, unearthed a few decades-old tweets that mocked gays. So Hart was accused of hypothetical murder (“Those tweets might lead to gay bashing!”). “People will die” is by far the favorite weapon of LGBTs. Tranny theology (and it’s indeed a theology, as the belief that a man can become a woman by sheer force of will is founded not on science but on faith) is enforced by “people will die.” We’re told that if we don’t abandon old gender pronouns and replace them with “ze” and “hir,” trannies will off themselves in despair. Therefore, those who still insist on clinging to “him” and “her” are hypothetical murderers. And if we question tranny theology, we’re accused of encouraging bigots to go out and murder dudes in dresses. So basically, we have to shut up and do as we’re told, or else trannies will die by their own hand, or at the hand of someone else.

“People will die” is also being used by black lefties to shame anyone who dares to hold an aesthetic preference for whites, as apparently this promotion of the “European beauty standard” is killing black women, who poison themselves by lightening their skin and straightening their hair with “toxic” beauty products. More than that, we’re told that black people in general, men and women alike, are dying every day due to the stress of living around the “racism” of whites.

Oppose affirmative action? Congratulations, Hitler, you just genocided a race.cIn the old days, you’d have merely been accused of keeping blacks unemployed and out of college. Now you’re accused of literally killing them.

And of course here we see the inherent illogic of “people will die.” It’s used to force the U.S. to take in people of color who are fleeing the death camps that are their native countries, and then it’s used to attack the U.S. for being a death camp for people of color. So we’re killing them if we let them in, and we’re killing them if we don’t. That’s a double bind from which even Houdini could not escape.

As a persuasion technique, “people will die” appeals to the dumbest among us. It’s a strategy used by those unwilling or unable to debate an issue on its merits, aimed at those lacking the cognitive skills to understand how the “hypothetically it will lead to death” claim can pretty much be made about any prospective public policy.

It’s up to all of us to stand up to that increasingly pervasive fallacy. I may have lost my beloved genocidal fountain, but if we remain enslaved to the idiotic line of reasoning that led to its removal, we all stand to lose a great deal more.