The Wealth of Notions 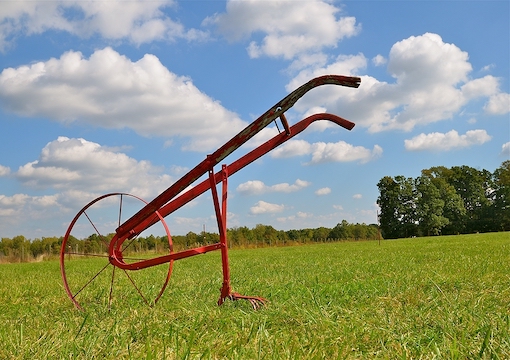 How can we explain the varying wealth of nations? This question has long elicited a wealth of notions.

Thus, in my quarter century as a book reviewer, I’ve always been a sucker for taking on ambitious theory-and-history-of-everything books such as Jared Diamond’s Guns, Germs, and Steel, Gregory Clark’s A Farewell to Alms: A Brief Economic History of the World, and David Landes’ The Wealth and Poverty of Nations: Why Some Are So Rich and Some So Poor that try to tackle the really big question of why the modern world is the way it is.

Why, for example, is the United States rich, Ethiopia poor, and Bolivia in between?

“Galor prefers to cruise at a high altitude and not provide too many intriguing examples of his theories in action.”

Due to the Great Awokening, we now know, of course, that the reason America is rich is because it is white and thus evil. In contrast, Ethiopia is black and therefore a poor innocent victim of colonialism. While Bolivia is…well, miscellaneous.

But a few old-fogy scholars carry on trying to figure out reasons that don’t boil down to bigotry about who are the good guys and who are the bad guys.

The latest in this genre is The Journey of Humanity: The Origins of Wealth and Inequality by Oded Galor, an economics professor at Brown U. Dr. Galor is not lacking in the self-confidence necessary for writing this type of book:

Fueled by the conviction, and the evidence, that in order to understand the causes of the vast inequality in the wealth of nations we would have to identify the principal driving forces behind the process of development as a whole, I have developed a unified theory that seeks to encompass the journey of humanity in its entirety.

Before unveiling his theory at the end of his book, Galor recounts numerous useful contributions by other thinkers to our understanding of how the world works. For example, he notes that Danish economist Ester Boserup pointed out in 1970 that whether local farmers traditionally used light hoes for weeding their thin dirt or heavy plows for turning over their thick soil seems to have had an enduring impact on their culture’s attitudes toward what work women (and men) should do.

The plow vs. hoe distinction is crucial, but Galor treats it gingerly like the hot potato it is. Sub-Saharan Africa (with the exception of the Ethiopian highlands) was a predominantly hoe-farming economy. Women did most of the agricultural labor and thus were expected to support their own children, which entitled them to more sexual freedom. In a hoe culture, a man, who couldn’t be too sure which of the children of his woman (or women) were really his, was not expected to work as hard to bring home the bacon as in the plow cultures of Eurasia.

Not surprisingly, in the most culturally sub-Saharan parts of the American inner city today, women hold most of the paying jobs, while men compete with each other to seem sexiest to women, such as by shooting their rivals.

But you aren’t going to hear that from Galor, who prefers to cruise at a high altitude and not provide too many intriguing examples of his theories in action.

Speaking of hot potatoes, Galor also cites the work of James Scott and Joram Mayshar on how farming cereals allowed powerful states to arise in the Fertile Crescent because wheat is easy for tax collectors to see, count, expropriate, and ship down the river to feed Ozymandias, king of kings, and his minions.

In contrast, in farming regions that grew root crops like yams, such as the highlands of New Guinea and Africa, strong governments were less likely to arise because it was hard for the taxman to count how big each farmer’s crop was and burdensome to carry off the heavy, watery tubers.

On the other hand, the Incas built an impressive state on potatoes, so there are exceptions to every rule.

This kind of thing is endlessly fascinating (to me, at least), although Galor would have been better off working with a professional journalist to punch up his prose. As it is, The Journey of Humanity falls into the awkward middle ground between academic tomes and airport best-sellers.

Finally, Galor gets around to expounding his own theory, which is that the diverse wealth of nations is driven, tautologically enough, by diversity. Bravely, he argues that while not enough diversity is bad (for all the reasons you’ve been lectured upon), so too is too much diversity.

…greater societal diversity has fostered economic development by widening the spectrum of individual traits, such as skills and approaches to problem-solving, thus fostering specialization, stimulating the cross-fertilization of ideas in innovative activities, and facilitating more rapid adaptation to changing technological environments.

One example of diversity helping accomplish something big is the Manhattan Project. The can-do gigantism of 1940s American engineering was essential (note that the second- and third-most-important atomic bomb plants were located next to New Deal hydroelectric dams in Tennessee and Washington). But it also helped to have around to lend a hand multiple Old World theoreticians such as John von Neumann.

On the other hand, Christopher Nolan’s upcoming Oppenheimer biopic is being criticized for the lack of diversity in its casting. Where are the Hidden Figures black women who, we now know, must have done all the real mental heavy lifting?

For instance, Iceland seems like a rather impressive country out on the edge of human habitability, despite its lack of diversity.

Galor concludes that, at the moment, America has Goldilocks’ amount of diversity:

He is not shy about telling us what numbers his model spits out:

About a quarter of the unexplained variation in prosperity between nations, as reflected in average income per capita during 2010–2018, can be attributed to societal diversity. By comparison, using the same methods, geoclimatic characteristics account for about two-fifths of the variation, the disease environment for about one-seventh, ethnocultural factors account for one-fifth, and political institutions account for about one-tenth.

Okay, so now we know…

But how do we measure how much diversity a country has?

Galor short-circuits this complex discussion by introducing an extremely stylized way to predict (rather than to actually, you know, measure) diversity in a population:

We can therefore construct an index of predicted overall diversity for each national population today, based on the migratory distance from Africa of their ancestral populations….

Thus, in Galor’s model, Ethiopia, in the region from which the Out-of-Africa migration departed about 60,000 years ago, must be the most diverse country, while Bolivia, at the far end of the ancient intercontinental migration, must be the least. The richest places, such as Europe, tend to be in between on the migratory pathway.

That’s a rather, shall we say, heroic way to cut through all the hard work of trying to measure diversity.

Galor is starting from the popular chestnut that sub-Saharan Africans are the most genetically diverse population on Earth.

That’s sort of true…but not in the sense that most diversity enthusiasts think it means.

Most non-Africans alive today trace over 90 percent of their ancestry back to small numbers of anatomically modern humans who went through the Out-of-Africa bottleneck sometime between, say, 50,000 and 100,000 years ago. So, a lot of genetic diversity was left behind in Africa.

On the other hand, this vaunted African “genetic diversity” is seen less in functional genes than in the very rarely changing genes that population geneticists prefer to study as markers of ancestry, which tends to confuse journalists (and economics professors).

In reality, a huge fraction of today’s sub-Saharans are descendants of the enormous hoe-wielding Bantu expansion of the past few thousand years. That’s especially true for African-Americans, who seldom are descended from the more exotic peoples of Africa, such as Nilotics, much less Pygmies or Bushmen.

Here’s a simple test of how functionally homogeneous the African ancestry of African-Americans is. Consider the famous difference in running talents between West and East Africans. The descendants of the western half of sub-Saharan Africa tend to make good 100-meter men, while the eastern half provides the marathoners.

So, what’s the longest distance at which a descendant of American (or Jamaican) slaves has been world-class?

Steve Holman was a middle-distance U.S. Olympian at 1,500 meters in the 1990s. Every U.S. star black distance runner at longer races has been of recent East African immigrant stock.

So, if traditional African-Americans actually were functionally diverse due to their famed African diversity, some of them would be good marathoners.

There are scholars doing gene-based but more reasonable work on the wealth-of-nations question, such as Enrico Spolaore.

And Michael Hart’s 2007 book Understanding Human History put forward a simple model of the past 10,000 years: Agricultural civilizations tended to move north over the millennia as their crops were slowly adapted to shorter growing seasons. As the northerners, who had to have the genetic and cultural traits to survive their difficult environments, became numerous enough, they tended to beat the southerners at war.

In summary, Galor’s question—What’s the tipping point between not enough diversity and too much diversity?—is a good one.

But his way of trying to answer it is silly.