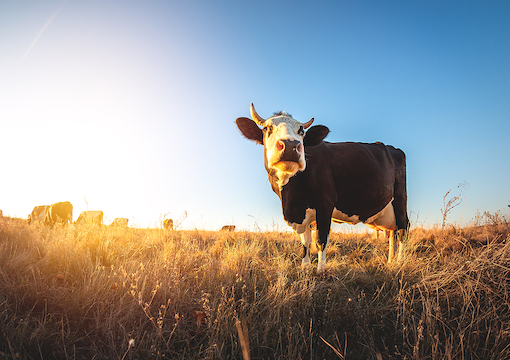 SKULLED LABORERS
There are many indicators that you may be living in a crappy country. Frequent coups and juntas, plagues of diseases born of poor hygiene, streets running with human excrement, towns controlled by warlords, famines killing every other child.

But nothing says “crappy country” quite like police discovering the skulls of 150 tortured and executed people and realizing that the remains might be from 1,000 years ago, or yesterday.

Ten years ago, Mexican police uncovered just such a cache of craniums in Chiapas. Between drug crimes, kidnappings, and insurrections by leprous natives straight out of a 1980s Italian jungle flick, Chiapas is the kind of place where the locals think Mad Max is a utopian fantasy.

When cops found the skulls in 2012, the condition of the remains—teeth bashed in and holes in the head—led them to suspect local drug lords. But just last week, forensic scientists at Mexico’s National Institute of Anthropology dated the skulls to between 900 and 1200 AD.

Yes, it took ten years to run the tests, because the scientists were working a second job doing drywall for San Diego homeowners.

The unfortunate original owners of the skulls were from a pre-Aztec culture. And although the scientistos buenos couldn’t determine exactly why those 150 people were so brutally killed, a likely possibility is that the penalty for waking the emperor with leaf blowers was severe indeed.

Upon learning that Mexico hasn’t advanced enough as a civilization for inhabitants to tell the new mass graves from the old ones, a spokes-troglodyte for Australian aborigines told the AP, “What losers,” adding, “but damn they did a great job drywalling my hut last year.”

WAR OF ARREARS
The specter of nuclear war was a lot more fun in the 1980s. The left’s anti-Reagan antiwar posturing gave the world a bunch of great pop tunes from the era’s “pwease don’t kill the childwen, Mistuh Pwesident” songsmiths. From Germans singing about red balloons filled with helium rather than Zyklon (a most welcome change) to an Australian band hoping their antiwar anthem would repair their one-hit-wonder image (it didn’t), the looming threat of war in the 1980s had a good beat and you could dance to it.

Sadly, today, as deranged leaders in D.C. seem intent on drawing the nation into war with Russia, pop culture is offering no decent diversions.

The big “state of the culture” story last week involved an ex-stripper named “Blac Chyna” (who isn’t so much a human as a giant augmented ass with fake eyelashes), who lost a defamation lawsuit against one of the Kardashians (bizarre otherworldly beings who, like the Borg, aren’t so much individuals as one giant hive-hind).

Apparently, this anus vs. anus court case kept much of the nation rapt, a fine distraction from the president, and legislators from both parties, who are literally daring Putin to use nukes. But who cares about that when all eyes were on Chyna’s mother, “Tokyo Toni” (who also possesses a massive posterior), who unsuccessfully accused the judge of bias, as Chyna herself blew off steam by going to a bar and kicking a woman named Sequoya in her ample stomach (but not in her ample hindquarters, as that would’ve violated the big booty sisterhood code of ethics).

After losing their suit, “Chyna” and “Tokyo” launched a GoFundMe to cover their legal bills. The crowdfunding goal is $400,000, to which the victorious Kardashians donated $5 (such cruel mockery is known as a “rump roast).”

It could be argued that the great music of the “no nukes” 1980s was, even if inadvertently, a reminder of the beauty of life and why it’s worth preserving.

Conversely, 2022 pop culture seems to be a reminder of why nuking everything and starting from scratch wouldn’t necessarily be such a bad proposition.

FLY THE FRIENDLY OYS
And speaking of 99 Luftwaffeballons, the Germans have once again displayed the tact and diplomacy that made them such a hit in the early 20th century.

“To the average cow, humans must seem like freakish fart fetishists.”

Three weeks ago, this column highlighted a British airline with a Nazi fetish. Apparently, the people who run Lufthansa read that story and decided that if any carrier was going to torment Jews, it would be theirs.

So Lufthansa went about building a better Maus-trap. And last week it sprung, as the airline re-created the exclusionary Nuremberg Laws (this time with free pretzels and a surcharge for carry-on).

Staff on a Frankfurt-to-Budapest flight turned away all “visibly Jewish” passengers after a small group of Jews on an earlier flight had refused to wear masks. As a result, 127 Jews were barred from their connecting flight. Videos taken by yowling Juden show one Lufthansa employee snapping, “It was Jewish people who were the mess, who made the problems.”

“The Jews are our misfortune” seems like a less-than-appealing 21st-century airline catchphrase. Indeed, it sounds downright ausrotten.

Regarding how Lufthansa determined which of the passengers were Jewish, fortunately the home office still had a few 1930s phrenology charts lying around.

Initially, Lufthansa refused to apologize for the selektion. Indeed, rumor had it that the new Judenfrei carrier had ordered back issues of Der Stürmer as the in-flight magazine. However, after foolishly opening a second front against Russian passengers, Lufthansa leadership found itself isolated in a bunker, forced to unconditionally capitulate.

“Verdammt,” exclaimed CEO Carsten Spohr as he was escorted to Spandau. “One day, we’ll get this right.”

ACLUSELESS
Somewhere in Vancouver, the members of Stonebolt, malnourished, graying, and unkempt, haunt the local dives trying to get free drinks.

“Hey, man, we’re Stonebolt,” they announce. “Buy us some whiskey.”

“I’m sorry, we don’t know who you are,” is the inevitable reply of the patrons.

The patrons ask a follow-up: “What year was that?”

“And you’re still talking about it now? Haven’t you done anything since?”

And with that, Stonebolt retreat, the free alcohol as out of reach as the stardom they enjoyed for one month a lifetime ago.

If Stonebolt were a U.S. progressive litigation group, it would be the ACLU, the one-hit wonder of legal advocacy nonprofits. As pointed out by University of San Francisco law professor Lara Bazelon in The Atlantic last week, the formerly respected “civil liberties” organization still trots out its 1978 defense of the right of Nazis to march through Skokie as proof that it fights for the rights of non-leftists.

As Bazelon—an ACLU member—ruefully notes, the people who run the ACLU trumpet this Carter-era accomplishment while never having repeated it in 44 years. Bazelon calls out the org for having long ago abandoned its mandate in favor of schemes like the pay-to-play deal with Amber “Fecal Tooth Fairy” Heard, in which the ACLU pimped her “I’m an abuse survivor” op-ed in exchange for $3.5 million.

When Heard reneged on the deal, the ACLU extorted $100,000 from Johnny Depp and $500,000 from Heard’s short-term beau Elon Musk (who paid with a spare wad of cash he was using to stabilize the leg of a wobbly table).

Bazelon declares that this isn’t the behavior of a world-class civil liberties organization (and if you just felt a tremor, it’s every human being on earth replying, “DUH!”).

Bazelon also slammed the org for arguing against the rights of male defendants in college sexual assault cases, as it “embraces dubious causes” and disavows its own clients for political reasons.

If the ACLU isn’t willing to release an updated cover of that hit, maybe it’s time for the leadership to retire to the bar, permanently, in the hope that some 70-year-old Nazi remembers them and buys them a drink.

BLACK AN’ GAS
Cows must spend a lot of time wondering why humans are so obsessed with their gas. To the average cow, humans must seem like freakish fart fetishists.

If cows could speak, the conversations would likely go like this:

Bessie: “Last week this manic, googly-eyed Hispanic congresswoman was sniffing around my butt, trying to gauge my farts. I let one rip right as she was taking a breath. I thought it would annoy her, but she actually seemed to enjoy it.”

Clarabelle: “Sweetie, that’s nothing. A few days ago the British royal family was smelling my burps. I mean, I know they’re supposed to be inbred and all, but that’s just nasty.”

The Prince of Wales became the Prince of Gales as he heralded this foul-wind filter for Guernseys. The device, which looks like an S&M strap-on ball gag, is fitted to a cow’s nose and mouth, capturing errant belches so that, as described by The Telegraph, “the gas travels through a micro-sized catalytic converter, and is released into the atmosphere as carbon dioxide and water vapour.”

Ostensibly, this is intended to save the planet in ways that only make sense to people who are dumber than cattle and far less useful.

While the bovine burpinator has yet to be mass-tested on cows to see if they’ll even wear the damn things, John Goodman has volunteered to test it on humans.

“Seriously, you don’t want to be around me after a cabbage pie and ten beers,” he told The Telegraph. “If they can make one of these for the other end, too, my wife might actually let me back in the bedroom.”