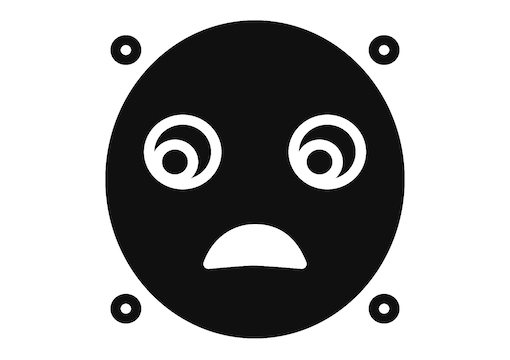 The Week’s Most Swaying, Braying, and Earth-Daying Headlines

BLACK FACE IN BLACKFACE
For the professional blackface hunter, that dogged activist who ferrets out and cancels anyone who dares to wear blackface, times are lean. Average whites just don’t black up anymore, and the remaining blackface practitioners (Jimmy Kimmel, Ralph Northam, Howard Stern, Sarah Silverman, Justin Trudeau) are a “protected species.”

But maybe not anymore. Jill Lassen and Stuart Rhoden are paid “equity coordinators” (i.e., freeloaders) who work for the Scottsdale Unified School District. Their job consists solely of pointing at things and screaming “racist” (prior to their tenure that job was performed by a macaw, but it was fired for being overqualified). Last week, Rhoden (who looks like Beetlejuice the dwarf) and Lassen (who looks like the Howard sibling Moe, Curly, and Shemp considered too ugly for movies) made an amazing discovery: There are over 40 million Americans who wear blackface every day with impunity.

They’re called black people, and they must be stopped!

When the Phoenix PTA held a retro ’70s party for charity, the organizers hired a DJ to spin some tunes. True to the party’s theme, the DJ wore a novelty ’70s-era afro wig. And Rhoden and Lassen immediately swooped in to “cancel” the entire PTA, because their DJ was in “blackface.”

Because the DJ’s black.

When this was brought to the attention of the two equitards, Lassen apologized for criticizing a black man for wearing his own skin. But Rhoden doubled down, saying that blackface is blackface, and it matters not if it’s your actual color. He pledged to continue to fight against black faces, starting with his own, as he submerged his head in a vat of bleach.

Condolence cards can be sent c/o the Scottsdale USD.

A brave hunter, who realized that the most deadly prey of all was himself.

ARBEIT MACHT FLY
The folks who run easyJet aren’t flying on all engines. Last week the British airline launched an ad campaign that featured a customer who tattooed his first easyJet flight number on his wrist, Auschwitz-style.

“You never forget your first flight,” easyJet captioned the photo.

Remarkably, outrage ensued, with furious social media users pointing out that the combination of the tattoo and “never forget” (the official catchphrase of the Holocaust since 1971, replacing the old one, “Oy, This I Could’ve Done Without”) couldn’t possibly have been accidental.

In response to the media führer, the campaign was pulled. Perhaps it would’ve been smarter for easyJet to go all-in on its Holocaust fetish. What better way to stand apart from other carriers, who foolishly don’t see the commercial viability in linking air travel with mass murder?

Outfit the bathrooms with not just smoke detectors but Zyklon detectors as well.

Complementary yellow badges will make every passenger feel like a “star” (of David).

And perhaps best of all, make boarding an adventure by having a “selektion” ramp where passengers are either sent right (first class) or left (coach).

Flugbegleiter Höss: “Left, left, left, right, right, left, left…halten sie! You may take only one of your children to first class. Zee ozzer must go to coach.”

Höss: “You vill choose, or both vill go to zee sektion mit no TV, headphones, or schnacks.”

Sophie: “You monster! Have you no mercy?”

EasyJet: the final solution to your air-travel needs.

TRANS LIVES MATTERHORN
Nobody does hard-edged investigative reporting better than The Washington Post! Nobody, except literally everybody on earth. The Post decided last week to prove that conservative backlash to Disney’s woke activism (which includes opposition to Florida’s K–3 sexual propagandizing prohibition) hasn’t harmed Disney attendance.

“Nobody does hard-edged investigative reporting better than The Washington Post! Nobody, except literally everybody on earth.”

The Post contacted thirteen travel agents who specialize in Disney trips, inquiring whether they’d seen a slowdown of bookings.

Eleven of those agents responded that they were too frightened to comment because the issue was “politically radioactive.” Of the two who did respond (one of whom is gay), they were both like, “Disney rules! Conservatives suck! And I say this of free will and sound mind.”

So the Post concluded, “Case closed: Disney traffic suffers not!”

Now, that was some fine reportage. One can imagine the Post conducting an in-depth investigation in 1928 regarding reports that the Chicago Mafia was shaking down businesses.

“We reached out to thirteen South Side business owners. Eleven responded by weeping uncontrollably for us to stop asking questions or they’ll be killed. Of the two who replied, one stated, ‘There is no Mafia. I am well, and if my business burns down it’ll be a gas leak.’ And the other, legitimate businessman Frankie “Disemboweler” Tagliotti, replied, ‘M’yeah, see, we’re doin’ fine, see? Ain’t no Mafia here, see? Now scram.’ We therefore declare the South Side free of Mob activity!”

When asked why the Disney “investigation” didn’t mention the company’s stock tanking last week, WaPo editor Sally “Simple Sal” Buzbee pretended to be a Mexican laborer who speaks no English. “No hablo, señor. Me do drywall. You need drywall?”

With the WaPo having “proven” that Disney is surviving conservative backlash, leftists are encouraging the company to relocate to bluer areas. Colorado governor Jared Polis tweeted that Disney World should move to his state, where, weather allowing, it can remain open five whole months a year! And writer/activist/yenta Amy Siskind recommended moving the park to NYC. When her followers reminded her that Disney World occupies a landmass larger than Manhattan, Siskind donned a sombrero and said, “I mow lawn, señor. You need mow?”

PRONOUN AND CON-NOUN
Occasionally, the news of the week is positive. Such was the case with the latest skirmish in The Great Call Me Ma’am War of 2022.

The “Battle of Therma’ampylae” started when the lobotomized bonobos who run Shawnee State demanded that all professors who teach at the Ohio university refer to their students by whatever pronouns the junior bonobos demand. Philosophy professor Nick Meriwether balked. As a Christian, he told university admins that the notion of men thinking themselves into becoming women goes against his deeply held beliefs.

The situation escalated several days later when Meriwether referred to a male student as “sir.”

“CALL ME MA’AM!” the dude shot back. Meriwether politely refused, so after class the truculent tranny confronted him in a threatening manner, calling him “cunt” while circling like a shark in lipstick. Meriwether suggested a reasonable compromise: From now on he’d refer to the student by name, bypassing pronouns entirely. That only made the wig-wearing wacko angrier. He went to the dean’s office and shrieked about how “Professor Hitler” had “misgendered” him.

The university agreed, and Meriwether was disciplined.

But he didn’t take it lying down; Meriwether filed suit. And the 6th Circuit Court ruled in his favor, likening the university’s pronoun policy to “forcing a Soviet émigré to address his students as ‘comrades.’”

So last week Shawnee State paid Meriwether $400,000 in compensation for trying to make him act against his beliefs.

That tranny student was one hell of an expensive “ma’am.”

Then again, war is always costly. And as the Battle of Transfalgar concluded with a win for the good guys, hopefully a message has been sent to other colleges to avoid such skirmishes.

FOREVER AGAIN
Everybody needs a hobby, be it stamp collecting or building model ships. For Jon Minadeo, it’s getting headlines as a hatemonger because the Jews you can’t quit can’t quit you, either.

Minadeo, who looks and dresses like the kind of bottom-tier amateur stuntman who’d be in the biker-bar scene of a super low-budget Don “The Dragon” Wilson direct-to-video flop (the preceding eleven words comprised a very redundant descriptor), has made a cottage industry out of traveling the country leaving anti-Jewish pamphlets at the doors of homeowners in Jewish neighborhoods.

Minadeo practically defines the term “insignificant loser,” but Jewish orgs are determined to give “biker guy who gets punched by Steven Seagal” a significance way beyond his merits.

Last December, The Week That Perished detailed the over-the-top response by Jewish activists and pandering politicians to Minadeo’s activities in Beverly Hills and the Bay Area. Earlier this year, the fearmongering frequent flyer flier-flinger repeated his pamphleteering aktion in Sarasota, prompting local kvetch artist Lesley Abravanel to condemn Governor DeSantis for not giving Minadeo statewide publicity by denouncing his shenanigans (it’s hard to blame Abravanel for her stupidity or her anti-Nazi vendetta: She was the recipient of a Mengele brain-removal experiment in Brazil in the 1970s).

Last week, Minadeo struck again in Beverly Hills, leaving anti-Jewish fliers outside the city’s many mansions, where they were picked up by puzzled Mexican gardeners (“Que es ‘Holohoax’?”).

And again, the Jewish press made a superstar of Minadeo.

A few months ago, one of Minadeo’s followers posted, “Thanks, Jews, for the publicity,” in response to the Pavlovian reaction every time Minadeo blankets a block.

With Jewish orgs making a celebrity out of a two-bit loser, as black activists thank hate-hoaxers for “starting a conversation about race,” it’s hard to believe that these “anti-racists” don’t understand that their actions encourage more racism.

It’s almost like the activists and orgs want more racism…like they need it to justify their existence.