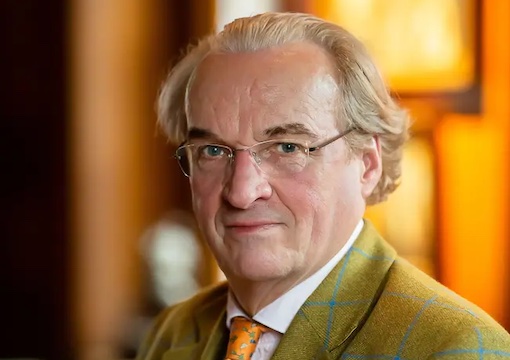 The Week’s Most Tingling, Mingling, and Kris Kringling Headlines

DODDER KNOWS BEST
Wearing his finest Christmas sweater, Joe Biden sits in his comfy recliner by a roaring fireplace. The family dog brings him his pipe and slippers. Aides rush in because Biden has a burning slipper in his mouth and his big toe shoved up the pipe. Also, the “dog” is Sam Brinton.

Tears streaming down his cheeks, the doe-eyed Bout sheepishly replies, “Aw shucks, paw, I sure dun did. Golly willikers, I swear, no more merchant o’ deathin’ fer me.”

“You understand why we needed to give you that time-out, lil’ buddy?” Biden asks.

“Gosh-a-golly, I sure do. I thought if I just merchant of deathed enough, people would like me. But then I learned that anyone who only likes me for being the merchant of death ain’t m’real friend noways.”

Beaming with joy, Biden shakes Viktor’s hand. “I trust ya, little guy. So we’re putting you on the next plane home where I know you won’t continue to kill innocent people like you’ve done every day of your life. Now get lost, scamper, ’cause I gotta meet with the person we exchanged you for. It’s a woman…I think. I can’t really tell; she’s too tall for me to sniff her hair.”

Viktor skips away, his freedom a Christmas miracle for everyone but all the folks he’ll murder.

Biden lights his pipe and asks for Brittney Griner to enter. An aide rushes in to extinguish Biden’s thumb, which he lit by mistake.

Griner storms into the room.

“All cops are bastards! Kill the pigs!” she screams. “Burn the system to the ground!”

Biden jumps to his feet in joy: “Corn Pop! So good to see you, ol’ pal! Merry Christmas!”

UP, UP, AND AWAY IN MY BOOTYFUL BALLOON
Nobody’s saying African-American flight attendant Chelsia Blackmon is morbidly obese. But…in the event of a water landing, her body can be used as a flotation device…for the entire plane. She has to be careful not to inhale too deeply or the cabin depressurizes. She once complained about not having enough elbow room…in a Hercules. On a flight across the Andes, she ate an entire Uruguayan rugby team (the plane didn’t crash; the galley just ran out of pretzels). Whenever she bends over, the captain says, “And if you look to your right you can see the Grand Canyon.”

One time standing on the tarmac at LAX she broke wind and blew a Cessna to Catalina Island.

But other than that, nobody’s saying Chelsia Blackmon is morbidly obese.

Except Spirit Air, her former employer.

Blackmon was hired by Spirit in September 2021. In an age when flight attendants no longer have to be female or attractive, Blackmon at least looked human. But according to Spirit, by November—two months later—Blackmon’s weight had ballooned so badly, she could no longer fit in the jump seat.

She barely fit in the plane itself.

Two months…that must’ve been a record number of spareribs.

Blackmon had been scheduled to work an Airbus A319, but the plane couldn’t take off because there was no way to fasten her into a seat. They tried putting Rosa Porks in the back of the Airbus, but that only tilted the plane nose-upwards.

So now Blackmon is suing, of course, and crying racism, of course. While she doesn’t deny being the size of an airship, she claims that a white stewardess would’ve been given more time to lose weight before being dismissed.

“We have no way of knowing what kind of world will come from these Brinton dog-mutants, but one thing’s for certain: No luggage will be safe.”

And she does have case law on her side: see Delta v. Gilbert Grape’s Mother. In that case, a 700-pound white woman was allowed to serve as a living food trolley on a domestic flight. Sadly, the plane broke up midair, but proving there’s a bright side to every tragedy, the ground impact from the woman’s fall led to the invention of fracking.

THE GIFT OF THE VAGI
This time of year, as people search for the right presents for friends and family, we all fervently hope that the gifts we give don’t turn out to be duds.

But we know that if those we love don’t care for their presents, there’s always the Target return desk. Or eBay. Or regifting.

But poor Chris Beck. For him, and the terrible gift he gave himself, there’s no refund, even with a receipt.

Yes, Chris Beck is stuck with his new vagina.

Nine years ago, Beck, a Navy SEAL, decided to become a NAVY SHE’LL. He took hormones to chemically alter his body, and he had what the Daily Mail describes as “grueling facial feminization surgery,” and if the photos in the Mail are any indication, the doctors who performed that surgery equate “feminization” with “Willem Dafoe on acid.”

But now, Beck regrets his SEAL Team Six-change. After living for almost a decade as “Kristin,” he wants to be Chris again. And he wants to warn the world about what he endured when he first considered transitioning. After only a one-hour consultation, a tranny-friendly Veterans Affairs doctor, backed by woke Obama administration bureaucrats, fast-tracked him to have surgeons swab his deck and cut his anchor aweigh.

So the lesson is, don’t have your privates removed and your face disfigured to look like Green Goblin after just a one-hour meeting with a government quack.

Well, it’s about time somebody said it.

In a way, Beck’s story of loss and rediscovery mirrors Linus bringing the flaccid, wilting tree back to life in A Charlie Brown Christmas.

“I never thought it was such a bad little peenie. It’s not bad at all, really. Maybe it just needs a little love.”

TRANNED IF YOU DO, TRANNED IF YOU DON’T
Even as Chris Beck tries to walk back his plank, it turns out mankind might eventually go tranny anyway. According to scientists at the Institute for Alarmist Bullcrap, human males are “slowly losing their Y chromosome,” a troubling development that might be the result of a random evolutionary path, or too many men being dragged to female-led superhero films.

The eggheads caution that once the Y disappears completely, in about 2,000 years (a.k.a. when Durham finally drains the swamp), mankind might splinter into several subspecies with different manners of reproduction.

So Sam Brinton isn’t a freak after all, just ahead of his time: The human race of the future will live on via two dudes in dog suits whipping each other’s sacks, and somehow a grotesque bald bulbous-headed fluorescent-lipped canine-faced pinhead-tuft-of-hair S&M-clad mutant child will result.

We have no way of knowing what kind of world will come from these Brinton dog-mutants, but one thing’s for certain: No luggage will be safe.

In Scotland, officials aren’t waiting for the future to declare the death of male/female. The nation of kilt-wearing fetal alcohol babies is poised next week to pass “Self-ID,” a law (rejected elsewhere in the U.K.) mandating that a simple declaration by anyone over 16 years of age is all it will take to change sex. One needn’t even pretend to actually desire a “transition.”

And if you’re wondering why such a balls-out (literally) nutty scheme has wide support among Scottish “progressives,” here’s the crux: Once the declaration is made, a person’s “deadself” will cease to exist. Like, legally.

In hindsight, it may very well be that Hitler blitzed the wrong nation.

If humans really are destined to lose the ability to reproduce, can the process be sped up in Scotland?

COUP-COUP KRAUTS
The problem with not having a lot of Jews in your country is that you miss out on the whiny observational humor of horse-faced comedians rhetorically asking, “What’s the deal?”

If there were a German Seinfeld, right now he’d be asking, “What’s the deal with the coups?”

Just two months ago, German authorities busted a ring of elderly women who were planning to overthrow the government and reinstall the Kaiser (spoiler alert: They failed; “I’ve todesfällen and I can’t get up!”).

And now, last week, another one arbeits the dust. Police arrested 25 members of a QAnon-inspired far-right neo-Nazi paramilitary monarchist North German Confederation Prussian/Bismarckian cult that had planned to violently seize control of the government.

The coup was delayed by the fact that nobody in the damn group could even remotely sort out what the hell their ideology is.

Led by a septuagen-aryan named Heinrich Reuss, a.k.a. “Prince Heinrich XIII” a.k.a. “Geezer Wilhelm,” the plotters apparently had some vague notion of restoring the Reich’s honor and kicking out the few remaining Jews.

But before you could say coup coup g’jewb, the prince was in the can, behind bars with his courtesans.

These failed insurrectionists simply don’t realize that Germany isn’t third-world…yet. Give it another two decades at current immigration levels, and the nation will be ripe for bloody, Africa-style monthly regime changes.

“Reichsbürger macht fries” is more than just a snappy slogan; it’s also the No. 1 cause of brawls and shootings by African immigrants at German fast-food outlets.