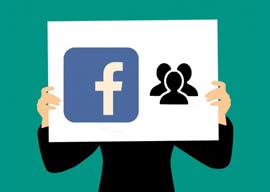 The Week’s Most Quixotic, Sclerotic, and Unpatriotic Headlines

FACEBOOK BANS VIOLENT THREATS UNLESS THE TARGET IS “DANGEROUS”
Because violence isn’t violence so long as it’s directed at someone who’s evil, Facebook recently updated its Community Standards section to prohibit death threats “and other forms of high-severity violence” with the exception of anyone that the digital behemoth has deemed to be a “dangerous” individual or who is affiliated with a “dangerous” organization:

Do not post: Threats that could lead to death (and other forms of high-severity violence) of any target(s) where threat is defined as any of the following: Statements of intent to commit high-severity violence; or Calls for high-severity violence (unless the target is an organization or individual covered in the Dangerous Individuals and Organizations policy, or is described as having carried out violent crimes or sexual offenses, wherein criminal/predator status has been established by media reports, market knowledge of news event, etc.)

Since around ten dozen Antifa groups are currently allowed to flourish on Facebook, Mark Zuckerberg and all his little Cuckerbergs do not consider these violent and frankly insane totalitarians to be a dangerous organization. After all, Facebook let slide the following psycho-warning from a group called Smash Racism DC, the same noble organization which late last year stormed Tucker Carlson’s home and terrorized his wife:

This is a message to Ted Cruz, Bret Kavanaugh, Donald Trump and the rest of the racist, sexist, transphobic, and homophobic right-wing scum: You are not safe. We will find you. We will expose you. We will take from you the peace you have taken from so many others.

On the other hand, Facebook has tagged a total of six individuals as officially “dangerous”: Alex Jones, Gavin McInnes, Laura Loomer, Milo Yiannapoulos, Paul Joseph Watson, and Minister Louis Farrakhan, who is, was, and always will be one of the funniest Americans ever to wear a bow tie.

Five of those six individuals can be roughly categorized as “Alt-Lite” and wouldn’t hurt a fly, except for possibly Gavin when he’s been drinking too much. OK, and Alex Jones whenever he takes off his shirt.

In addition to officially “Dangerous Individuals,” Facebook also categorizes people who don’t genuflect before the Globalist Reality Script as “Hate Agents.” These include the boring black conservative Candace Owens and Carl “Sargon of Akkad” Benjamin, who, sadly, seems about as capable of generating legitimate hatred as he does of losing weight.

At the very last moment, just as we were going to press with this shocking yet exciting story, Facebook backpedaled and removed its “Dangerous Individuals” exception and now is pretending that it doesn’t think it’s cool to physically threaten any human being, no matter if they’re a Dangerous Individual or a Hate Agent.

SIXTY TEENS LOOT PHILLY WALGREENS TO CELEBRATE JULY 4
When our Founding Fathers gathered in Philadelphia to draft and sign the Declaration of Independence oh, so many moons ago, we doubt that they could have foreseen that 243 years later, a group of sixty or so “teens”—a term the press uses to describe young people who are roughly the color of a Hershey’s bar—would commemorate this crowning achievement for freedom and human dignity by crashing a Walgreens story only a couple miles away and looting everything their dusky paws could grab.

According to police, the group of teens had gathered down near the Delaware River—although it is certain they weren’t swimming in it, because as we all know, teens are unable to swim—and began moving westward along South Street, gaining numbers and beating up any non-teen who dared get in their way. In the words of Myles Burke, an extremely gay-acting white man, police told him they were too overwhelmed by the number of teens to intervene while a man was being beaten at 11th and South Streets:

He was bloodied. He was being punched and kicked. I was standing right over him on my balcony. I was yelling to the police for them to stop it. They were saying they couldn’t stop what was going on, there was too much for them to handle.

As the joyous group of celebrants moved westward for several more blocks along South Street, Captain Sekou Kinebrew of the Philadelphia Police Department—we’ll just say that none of his ancestors were on the Mayflower and leave it at that—says the group of youths finally decided to crash a Walgreens:

About 60 juveniles walked into the establishment and began removing things from the shelves, destroying property inside the store. The cashier attempted to intervene and some heavy item – I believe it was a bottle – was thrown at him, striking him in the head.

Doesn’t he realize that the term “juveniles” is racist?

Near midnight on the Sunday before July 4 in North Philadelphia—which for decades has been one of the bleakest and most horrifying urban landscapes in the nation—an estimated 800 to 1000 “teens” gathered for a cookout that culminated in a near-riot in which four police cars were attacked.

No arrests were made.

What would Rocky Balboa think of all this? How many teens would one man be able to handle?

COPS BOOTED FROM STARBUCKS FOR MAKING GIRL FEEL UNSAFE
Since Starbucks coffee tastes as if was brewed through a woman’s uterus, we don’t know why anyone would want to drink it.

“What would Rocky Balboa think of all this? How many teens would one man be able to handle?”

Now comes word that on July 4 at a Starbucks in Arizona—a state that is only one-tenth as black as the City of Philadelphia—five police officers were booted after a barista approached them and said a customer whined that she “didn’t feel safe” with them there. It is alleged that the employee told the cops they had a choice: Either leave, or at least get out of the customer’s line of sight so that she felt a squib safer.

Rob Ferraro, president of the local policeman’s union, bemoaned the fact that police are now seen as a threat to public safety rather than its defenders.

NEGROIDAL MUSICAL FESTIVAL CHARGES DOUBLE TO “NON-PEOPLE OF COLOUR”
Hey, are you as excited as we are about the upcoming AfroFuture Fest in Detroit on August 3 and 4?

Were you lucky enough to be a colored person who snapped up one of the limited-edition free tickets exclusively for people of color before they were gone?

If it was $10, you are a person of color, or as they apparently spell it in Detroit, of “colour.” If it was $20, you are white and by definition a racist.

On their website, the organizers of this music festival explained why they were charging white people twice as much:

Why do we have POC (people of colour) and Non-POC (white people) tickets? I’m glad you asked! Equality means treating everyone the same.

Equity is insuring [sic] everyone has what they need to be successful. Our ticket structure was built to insure [sic] that the most marginalised communities (people of colour) are provided with an equitable chance at enjoying events in their own community (black Detroit).

A mulatto female rapper and Detroit native who goes by the stage name “Tiny Jag” and who’d been scheduled to perform at AfroFuture Fest was infuriated by the double standard:

I was immediately enraged just because I am biracial. I have family members that would have, under those circumstances, been subjected to something that I would not ever want them to be in … especially not because of anything that I have going on….It’s non-progressive and it’s not solution-focused in my eyes….It seems almost like it has spite, and unfortunately with spite comes hate, and that’s just not obviously going to be a good direction for us to go if we’re looking for positive change.

The event’s organizers ultimately backpedaled and charged everyone the White Person’s Rate, blaming it on “white supremacists”:

For the safety of our community, family, elders who received threats from white supremacists,& youth who were subjected to seeing racist comments on our IG pg,Afrofuture Fest has changed our ticketing model to $20 General Admission & suggested donation for nonPOC on @eventbrite

We think they made a mistake. Any white person who wants to attend something called AfroFuture Fest in Detroit should be charged $10,000 minimum.